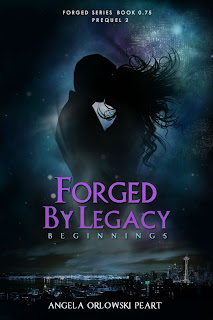 The third book in the Forged series, Forged by Legacy: Beginnings is coming out on July 10, 2013.  Look for it on Amazon first, since their publishing machine works the fastest. Barnes & Noble, iTunes, and Sony will follow soon too.

Synopsis: Forged by Legacy: Beginnings is the second of two prequels to the Forged series.  It is a collection of five short stories, each told from a different character's point-of-view.

These stories explain some of the behind-the-scenes facts from the Forged series.  Do you want to know how the protagonist, Jatred and Jasmira fell in love?  And what really happened during the deadly plane crash?  How about the reason behind Savannah and Logan's breakup?  Or how do the teens shape shift for the first time?

Forged by Legacy: Beginnings answers all these questions - and more.


I was given this ARC collection in exchange for honest review. I truly enjoyed reading this wonderful collection of short stories to go with the series.
With this collection, we are getting to know the main characters from the series a little better. If you haven't read Forged by Greed yet, that is ok you will not be lost.
The author is good with details! I was in love with the "chapter" of Jatred learning to shift!! amazing attention to details, I could feel what he was feeling.

I gave four stars, cause I felt it was missing something but not quite sure what. 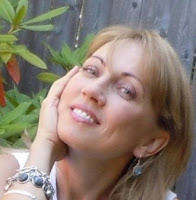 Angela Orlowski-Peart was born and raised in Poland. She describes herself as European born, American by choice. She was just seven-years-old when she decided to learn English and translate her favorite Polish fairytales.

Angela is the author of the Young Adult and New Adult fiction novels, including YA paranormal/urban fantasy series, The Forged. First book in series, Forged by Greed, was published on September 20, 2012. There are two anthologies of short stories, serving as the prequels to the series. First of them, Forged by Magic: Origins was published on May 31st, 2013. The second anthology, Forged by Legacy: Beginnings, will be out on July 10, 2013. Next three full size novels, including Forged by Coalescence, will be released in 2013 and 2014.

Angela writes in multiple genres, including paranormal, fantasy, urban fiction, sci-fi, and short stories. She is a member of Society of Children's Book Writers and Illustrators, Western Washington Chapter (http://www.scbwi.org), and several authors' and readers' networking groups on Facebook, Linkedin, and Goodreads.

Angela loves reading good books almost as much as writing them. She can’t decide which is her favorite season—summer or fall. She speaks with Polish accent, but loves listening to the Southern drawl.

She is passionate about watercolor painting, fashion—especially stilettos, rock climbing, environment, and organic food and gardening. She lives in the Seattle area with her family and a chronically curious cat.