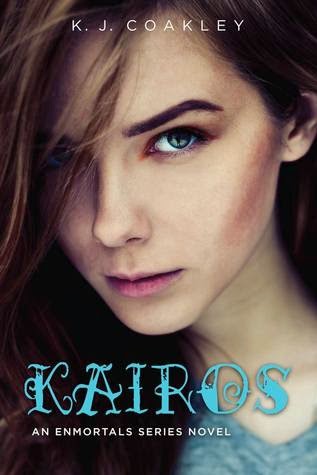 SYNOPSIS
What if the enticing man who has just seized your every sense enlightens you to realms beyond our dimension? Can that spark of love withstand a war to protect mankind? Kairos: An Enmortals Series Novel by K. J. Coakley is the spellbinding novel that reveals that the deepest love need not be confined to the trappings of one world.

The first in a series of paranormal romances, Kairos swirls in mankind, magic, and mythology as it chronicles the first blush of yearning between Sulwen Macgregor, a shy and sheltered college senior, and Logan Thatcher, a mesmerizing former playboy with arresting good looks, an offbeat sense of humor, and an ironclad moral code. When the two meet, Sulwen has no inkling that she soon will embark on an odyssey that not only exposes Logan as other than mortal, but uncovers astonishing aspects of her own being as well.

As Logan saves Sulwen from fast-approaching peril, the two must discover if their love is truly without bounds and strong enough to fend off adversaries far more craven than they ever could fathom. With wild imagination, otherworldly passion, and heart-pumping action, Kairos goes where no human being has dared, all in the name of love. 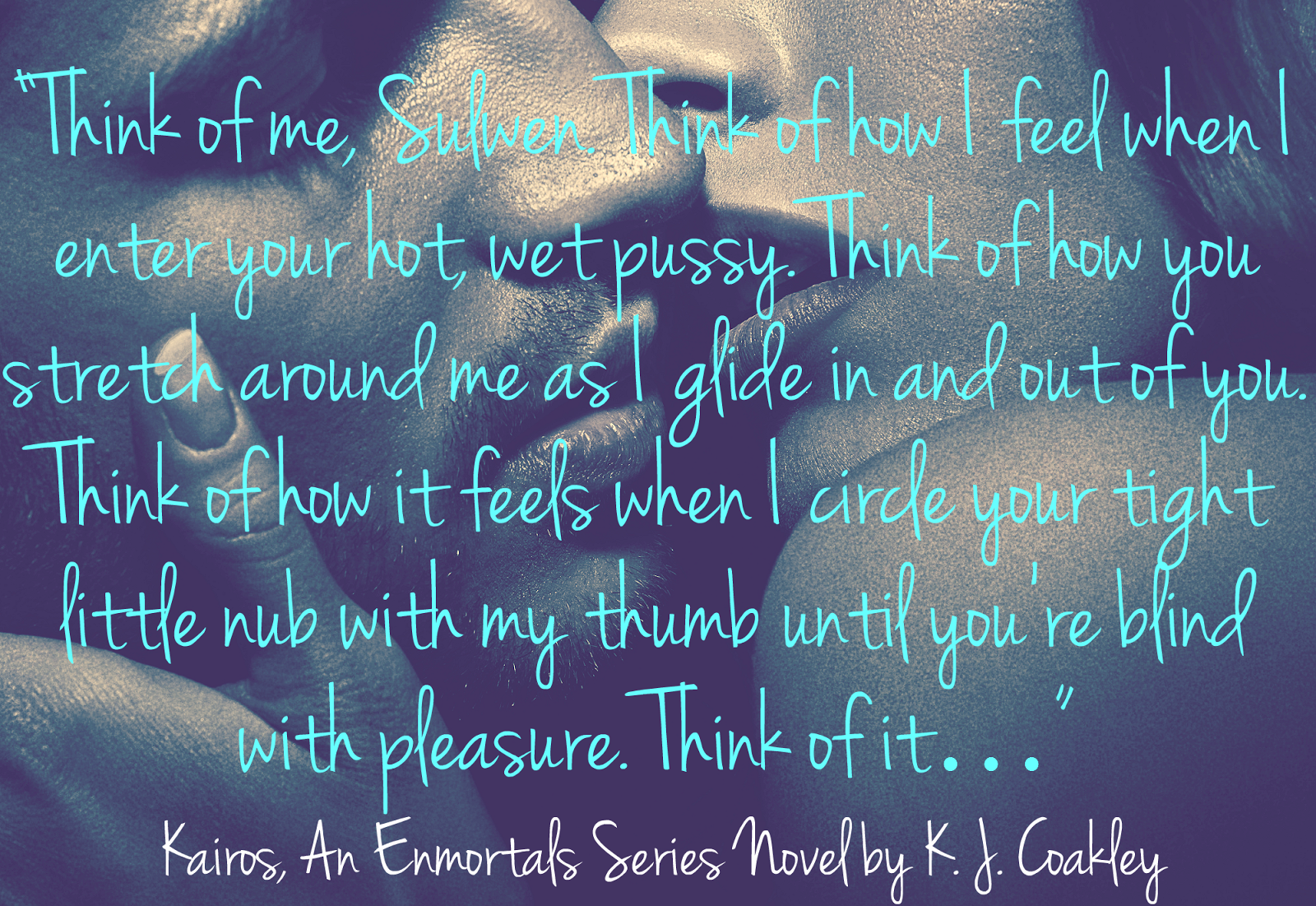 EXCERPT
I stand up and take his hand. He leads us into a remote corner on the dance floor. The DJ has been switching it up between techno and remixed pop, but I don’t mind. It has a good beat, and I can feel my muscles warming up as I start to work my body with the rhythm. I raise my arms and place them around his neck and scoot closer to him. My body is rubbing against his with blatant carnality. I can play this game too, as long as I don’t have to speak. My body is drawn to his, so it’s no effort to let my wanton moves carry me away with the song.
“Logan. The name’s Logan Thatcher. No more disadvantages. We’re on a level playing field, and I must say I’m enjoying the game immensely.”
I turn my back to him and swing my arms back over his head and secure my fingers behind his neck. He hisses between his teeth as my ass bumps his groin. I purposely do it again and nudge his slightly erect penis with the cleft of my ass. A current tingles through my body at the contact.
I close my eyes and sink into an erotic dance. My body slithers over his like a snake up a tree. I can’t stand any distance between us. I want to touch him, feel his hard muscles beneath his velvety skin, and bask in his growing erection as I brazenly press myself against him. His breathing has picked up, and he begins to run his hands up the sides of my thighs and under the hem of my dress. He goes no farther but teases my senses with feather-light touches, and then he runs a hand up the back of my thigh and squeezes my ass…hard. I gasp in surprise, but the move only heightens my desire.
“You’re playing with fire, brave one. I may not be an animal, but I’m still a man, and you are provoking a hunger so strong it’s all I can do to keep from driving myself deep within you,” he growls in my ear. His warm breath on my skin sends an electric jolt down my neck and across my belly. My womb clenches as moisture gathers between my legs. His hand is now massaging my bottom, while his other one climbs up my stomach and skims across my breasts, brushing up against my hard nipples, and pulling a strangled gasp from my lips.
“Logan. What are you doing to me?” I say breathlessly. I’m shocked by my voice. It sounds so husky and leaden with lust. He places both hands on my hips and pulls me into his fully erect cock. He’s thick, hard, and ready for what I would willingly give.
Blunt teeth graze my neck where it meets my shoulder and work their way back up, nibbling on my sensitive flesh. Masculine hands press into my hips, working down my belly to the apex of my thighs. I inhale sharply at the contact and tremble in his arms. A throaty chuckle next to my ear melts any defenses I have left.
His warm breath is doing amazing things to the delicate shell of my ear. Hot and moist, his tongue slowly licks up the skin behind my ear and then slowly works back down. A hard shudder works through me as the burn building between my legs mounts to a frustrating peak. I need release, and I want it now.
His right hand trails a path under my skirt and up around my behind. At the first contact, I nearly jump from his arms, but he has me held securely against his rock-hard body. My back is to him, his arm like a vice around my waist, while the other works its way into my panties.
My eyes are closed to everything around me. The darkness alludes to a false sense of privacy. I can’t hear anything but his breathing. I can’t feel anything but the rocking motion of my hips as my body strains for contact with his. I feel a sharp tug, and my panties fall... 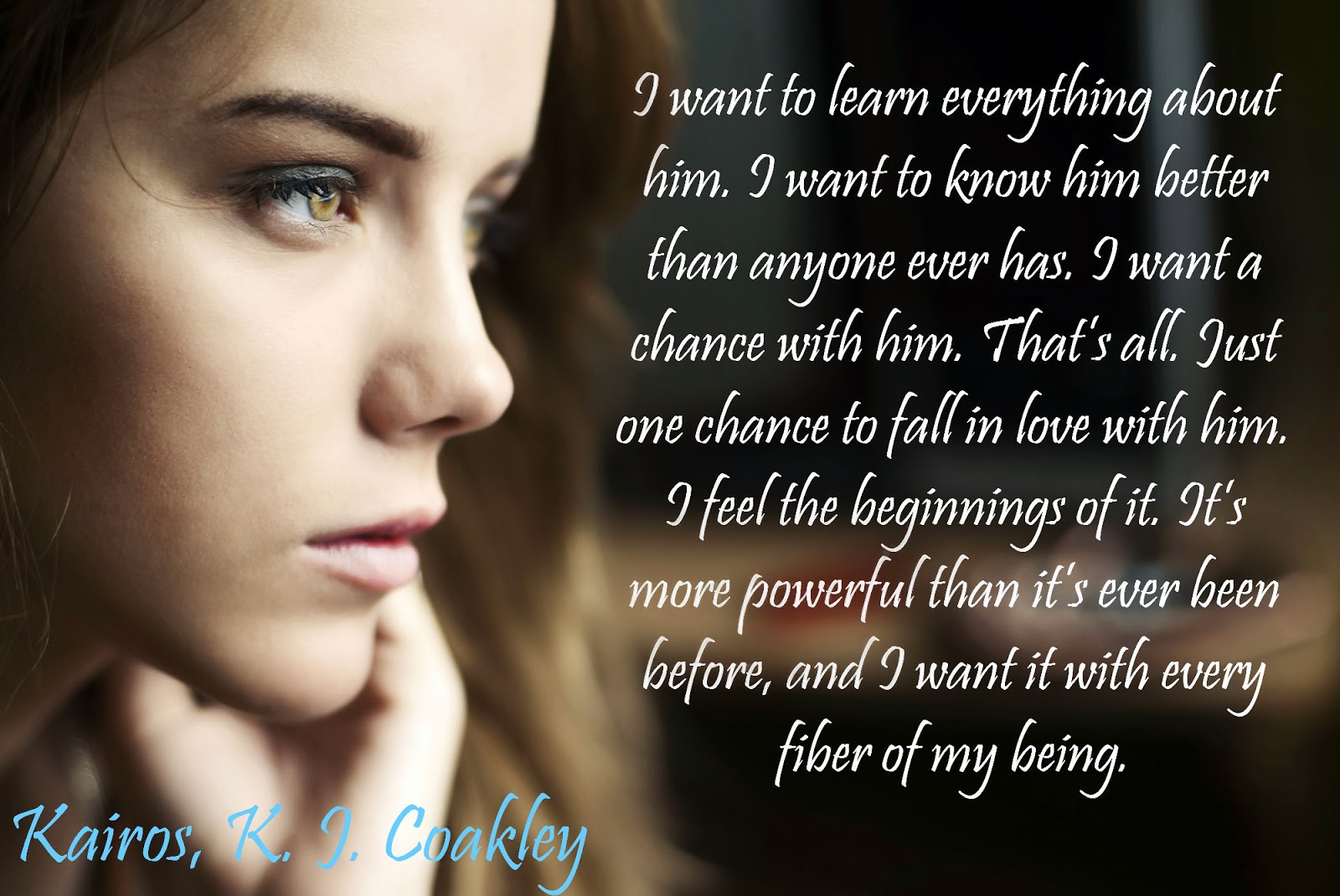 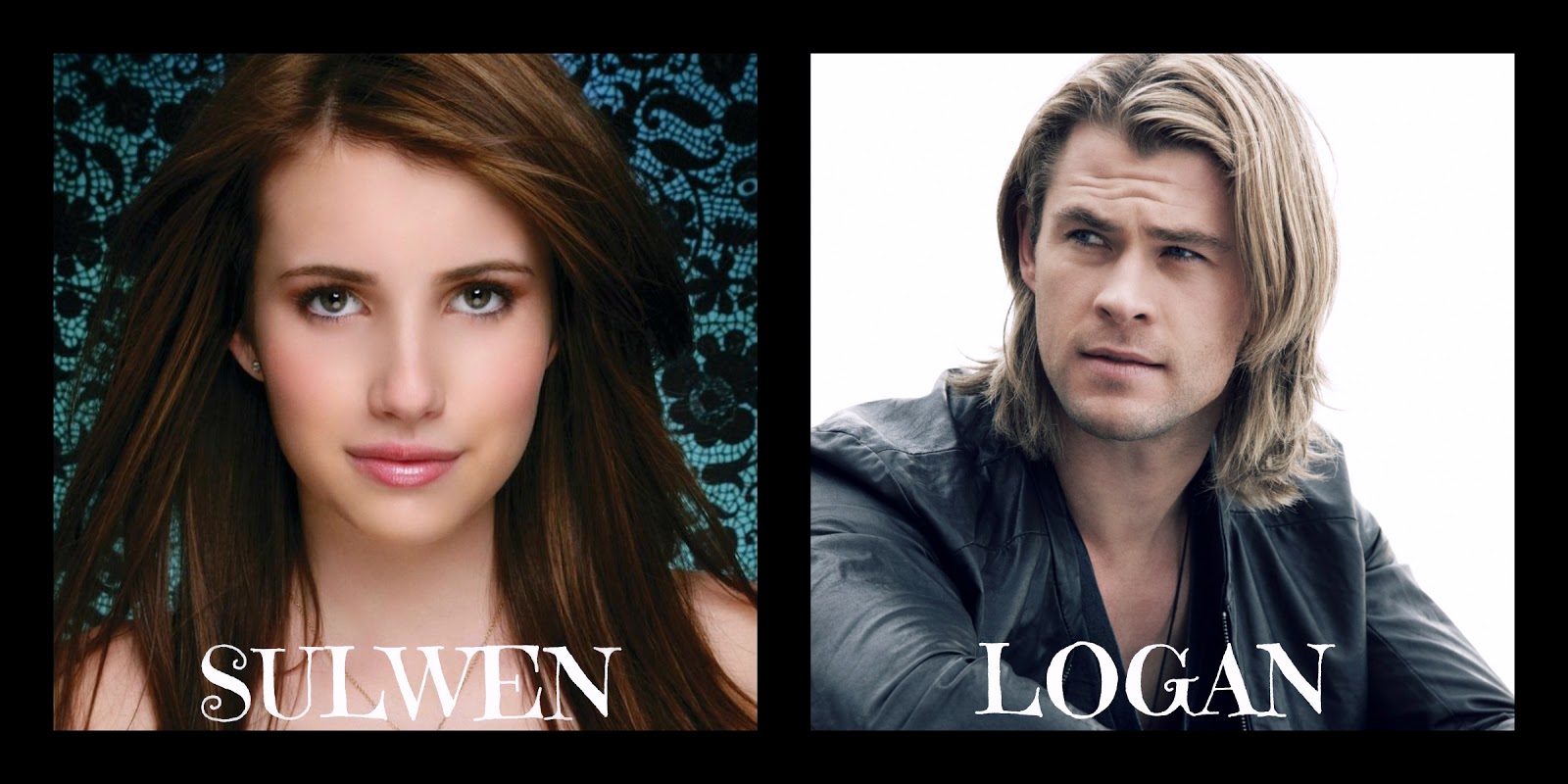 Author K. J. Coakley lives a life where she plays many roles…as most women do when they are a wife, mother, and caretaker of two rowdy dogs. But when she’s not working her nine to five gig, or spending time with her family, she can be found glued to her laptop where she loves to create worlds with sexy alpha males and brazen heroines. She is also an avid fan of heavy metal and rock music, and regularly attends music festivals.

Coakley received an Associate degree in Business Administration from Walters State Community College, and a Bachelor of Business Management degree from East Tennessee State University. Her debut novel Kairos is the inaugural installment of a new paranormal romance series.

a Rafflecopter giveaway
Posted by Alisa Jenkins at 3:30 AM