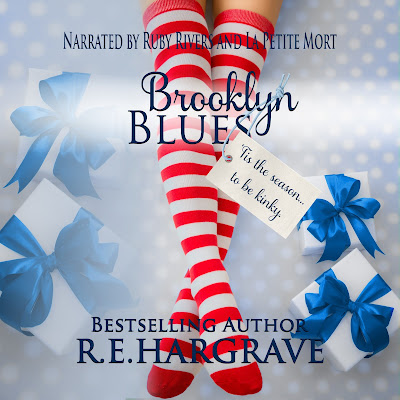 By day, Brooklyn Crenshaw goes to work and does her job. She doesn't make waves, simply follows orders and stays off the radar. Oh, and she might have a crush on WILLIAM K. BAXTER from across the hall. Each time she passes his office—with his polished name plate on the window—her gut clenches with desire at the sight of him. But he never looks up, can't possibly know who she is, and even if he did, her needs would send him running. Because they always ran.

At night, in private, she turns on her laptop so that her Sir can turn her on. Brooklyn’s never seen His face, but she knows His voice and the magic of His words. The arrangement works for her. Mostly.

As the office holiday party approaches, Brooklyn starts receiving Secret Santa gifts which suggest more than casual interest, Sir reveals his fondness for exhibition and voyeurism, and WILLIAM K. BAXTER finally looks up at her, and waves.

Brooklyn begins to question everything. Does she continue to follow the orders of a man who hides behind technology, but is always there, or does she take a chance on the man right in front of her who’s seen her at long last? Then there is the Secret Santa who seems to know what makes Brooklyn tick. So many decisions.

‘Tis the season… to be kinky.

Domestic engineer. Author. Burgeoning editor. And quite possibly certifiable. Believing every story can shine bright with a bit of tenacious tough love, R.E. Hargrave is thorough and to the point. An international bestselling author, she takes storytelling and manuscript polishing seriously, working with her authors and on her own creations to ensure they come to life, crawling from the pages and into the reader’s souls. 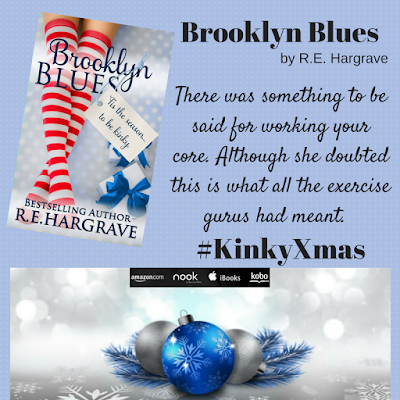