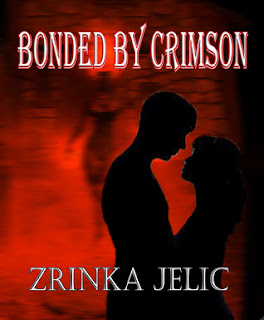 Love isn’t in the cards for her…

After her short failed marriage, Kate tries to rebuild her life and takes a position as a nanny to three small boys. She quickly grows to love them, but their father terrifies her, while igniting a passion she didn’t know she possessed. Disturbed by his distant manner with his sons, Kate struggles to make him more involved in the boys’ daily lives. Her efforts are mysteriously supported by an entity that cannot really exist. Or can she? And if she does exist, is she really trying to help Kate, or just take over her body?

But when he deals the hand, all bets are off…

Six years after his beloved wife passed away, Matthias Zrin is still trying to become the father she wanted him to be. Not an easy task for a three-centuries-old immortal. His search for the ultimate nanny ends when Kate Rokov stumbles to his home and into his arms. The immediate attraction he feels for her seems like a betrayal of his dead wife, a love he’s harboured for over three hundred years. But when Kate is stalked by a deadly stranger, the life he clung to in the past begins to crumble and break down. Can Matthias learn to trust and to love again in time to save his family from disaster, or will his stubborn pride destroy everything worth living for?

Read from January 31 to February 03, 2013
I was given this by the author for an honest review. I have 4 stars marked but it was more on the line of 4.5 stars!
I try not to give to much of the story away in my reviews, that is why my reviews are sometimes short. I just want to say that before I get started.

*at times in the book, it felt like time moved super fast then you were reading for awhile at the same "time period". I understand you can't write every little thing that happens in a course of a year of two without skipping a few months here and there. But it almost felt like bouncing around. But never going back in time to recover anything.

Ok, so I really loved the story itself. Very capitulating.
The Guy from the Nanny agency was a decent villain, not like super scary. But just on the right side of creepy, stalky kind of villain.

The love Between Matthias and Kate was strong, stronger than I think Matthias realized at first. As he was also holding onto his wife's ghost and spirit. Their connection goes back, and amazing how he describes the connection they have.

The ghost/spirit of Matthias' wife was a little creepy to me, yet comforting at the same time.
Matthias is an immortal, bitten by a vampire some 3 centuries ago-yet is not a vampire himself. As time has gone on, especially with Kate he has more mortal blood. Yet at the end, Kate now has some immortal blood and they will live a LONG life together.
So after all the trials they go through they still get their HEA!!!
Posted by Alisa Jenkins at 12:11 AM