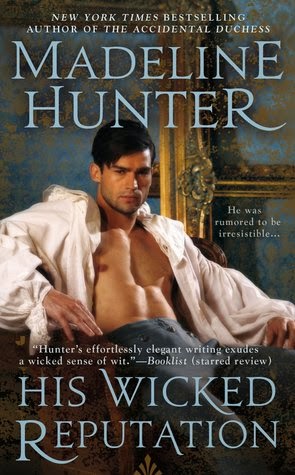 She was a sensible woman.
He was a man who could drive a woman senseless with desire.

Gareth Fitzallen is celebrated for four things: his handsome face, his notable charm, his aristocratic connections, and an ability to give the kind of pleasure that has women begging for more. Normally he bestows his talents on experienced, worldly women. But when he heads to Langdon’s End to restore a property he inherited—and to investigate a massive art theft—he lays plans to seduce a most unlikely lady.

Eva Russell lives a spinster’s life of precarious finances and limited dreams while clinging to her family’s old gentry status. She supports herself by copying paintings while she plots to marry her lovely sister to a well-established man. Everyone warns her of Gareth’s reputation, and advises her to lock her sister away. Only it is not her sister Gareth desires. One look, and she knows he is trouble. One kiss, however, proves she is no match for this master of seduction.

His forehead pressed hers.  He gazed down at his hand while his fingers trailed over her neck and along the top of her dress.  " You suprprise me, Eva.
"Do you want me to push you away and storm off indignant?"
"Hell, no.  Not unless you want me to die. Come here."  He drew her to a bench set against the house's bricks and pulled her into his lap.  His fingers splayed over her crown to hold her head to a fevered, demanding kiss. The pleasure began again, as if there had been no pause. 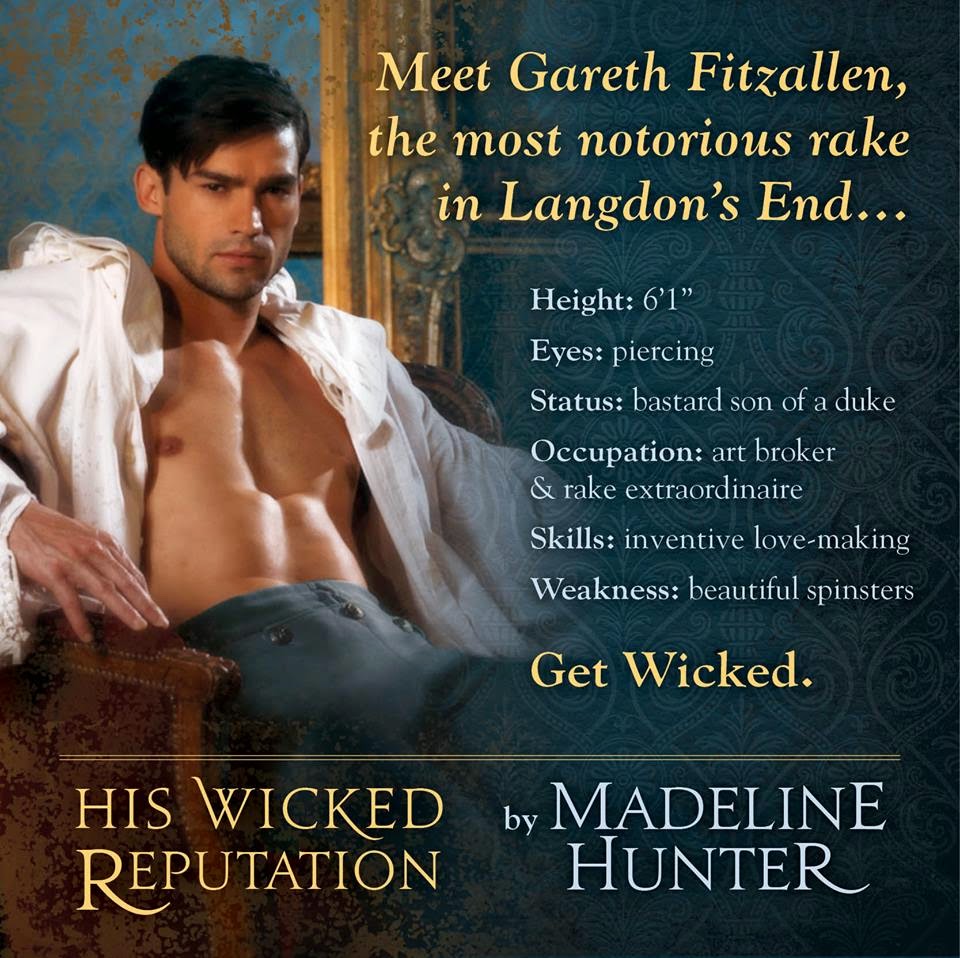 New Series from Madeline Hunter, is starting off with a bang!  Loved this book, and can't wait for more of these brothers.
I wasn't thrilled with the personalities of Rebecca and Sarah- minor characters.  But I did love the main characters: Eva and Gareth.
Eva pushes a fine line with her art, then her reputation.  Gareth is trying to be a good friend but wants so much more.
God, I loved his unconventional proposal at the end of the book!

A must read for Madeline Hunter fans, as well as Historical Romance fans.

GET WICKED GIVEAWAY!
ENTER FOR A CHANCE TO WIN iPAD MINI!


To celebrate the publication release of HIS WICKED REPUTATION, Madeline Hunter is doing a Facebook giveaway for an Ipad Mini. Look for the Wicked Giveaway sign on the left margin of her FB page and click through to the app to enter thru March 15, 2015.