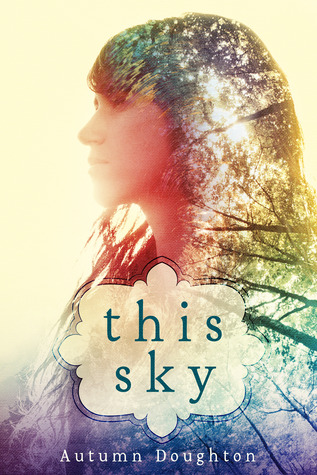 When he touches me, the sky and the earth switch places

Gemma Sayers has spent the last six days rotting in a hotel room, wallowing in a noxious combination of gin, junk food and self-pity. She’s no stranger to disappointment but nothing could have prepared her for the chaos that unfolded when her celebrity boyfriend publicly humiliated her. Now the fairytale is officially over and Gemma is determined to put the past behind her and strike out to find a new dream. Just a few teeny-tiny details to work out: she’s currently broke, homeless and unemployed.

Landon Young has his own worries. Surfer by day and bartender by night, he doesn’t have the interest or the time to be anyone’s happily-ever-after. Weighed down by the memory of what happened two years ago, Landon can barely keep his head above water.

This Sky is the thoughtful and often funny story about broken trust, an unexpected love and the hopes we keep sewn in the linings of our pockets.

Gemma, poor poor Gemma....get up outta that motel room and move on!! Off she goes to pick up the pieces of her life and to find herself along the way. Then "hello Landon" :) He was just enough sexy that made me stop for a moment and visualize the yumminess of him. And even though he has his own demons, he helps Gemma pick up the pieces of her life and to see herself the way that the people that really love her do. Really liked this story and all the characters in it. Was a good read indeed and would recommend it to anyone.