As the daughter of the Pirate King, Tilia Swanson has an unusual upbringing learning skills that aren't often available to women. As the heir apparent for the Kingdom of Crilan, her skills set her apart as she is trained by the best in the land and taught to harness her magic. However, piracy is in her blood, and draws danger to Tilia in the way that treasure draws pirates. Some treasure are more valuable than others. Will this lesson be learned in time or will the betrayal of those around her be her undoing? 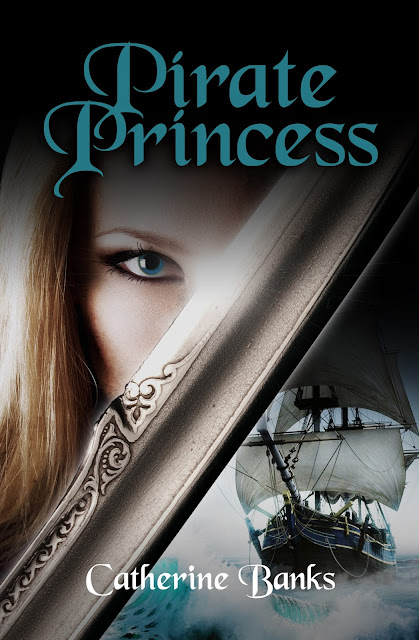 “Sometimes a girl just needs to read a book with a strong female character and a fun fantasy twist that is both exciting and daring. Pirate Princess is a fantastic young adult story that will appeal to readers both young and old. This story has a fantastic set of people and exciting adventures that will take you on a ride that you did not see coming.” ~ Readingteeners

“I had never really read a book about pirates before, but now that I have, I am totally planning on making it a habit!” ~ Amazon Reviewer

“A pirate princess with deadly skills with a dagger, rival pirates, dashing pirate captains, and life threatening adventures. What could go wrong? I was so excited when Catherine asked me to review her book, Pirate Princess for her because I love her books.” ~ Amazon Reviewer


“You aren’t going to force me into an arranged marriage, are you?” I asked them.

Esmeralda looked like I had smacked her. “Of course not!”

“We haven’t done arranged marriages in a century,” Jared said.

I exhaled. “Well, my dad wasn’t sure and told me to be prepared just in case.”

“Does your dad do arranged marriages?” Esmeralda asked.

“Well you don’t have to worry about that,” Jared said, “We aren’t going to force you to do anything.”

“Except not be a pirate,” I fake pouted.

Esmeralda laughed. “Except that.”

“Well, I guess I’m okay with that. Most pirates don’t have very long careers anyways,” I said.

“Speaking of marriage,” Esmeralda said, moving her horse closer to mine. “Technically we are supposed to have a ball for your seventeenth birthday so that all of the available men can come so you can start looking for a suitor.”

“WHAT?” I asked in an almost scream.

I blushed and said, “I just didn’t know it was a formal thing and, uh, hadn’t really thought about it yet.” That was a lie. I thought about boys like every teenage girl did, but my options were slim at the Capitol.

“Well, it’s a tradition and I thought I would let you know now that we’ll be having it while we are in Markleville,” Esmeralda said.

“I don’t have a dress,” I said, hoping that would cancel the plans until we returned home, “I didn’t bring one.”

“That’s fine. I will have one made for you,” Jared offered.

How generous. Ugh. “But if I find a guy I like in Markleville, I won’t even be able to see him when we return to the Capitol,” I said.

“That is where the true romance is supposed to begin,” Esmeralda said with a smile. “They have to try to keep you interested with letters and poems and gifts.”

“Only because you had to find others to write poems for you,” Faxon said.

“I knew you didn’t write that poem!” Esmeralda said with a triumphant shout.

“I already knew,” Esmeralda said, “I just never had confirmation.”

“How did you know?” Jared asked.

“You haven’t written me a poem once since then. Every other guy who wrote me a poem continued to write them, not just one,” she said honestly.

“Who else wrote you poems?” Jared asked with crossed arms jealously.

“Yes, I’m really looking forward to this,” I muttered.

“Not every man is like him,” Faxon said defensively.

“I can’t believe you helped him,” Esmeralda said. 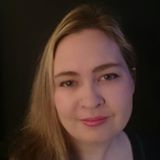 Catherine Banks is the author of the Artemis Lupine Series, Little Death Bringer Series, Ciara Steele Novella Series, and the novel Daughter of Lions. She began writing fiction stories when she was only four years old and finished her first full length novel at the age of fifteen.


Catherine is a Northern California native and has lived within a twenty mile radius her entire life. She plans to travel to as many places as possible in her thirties to make up for her lack of traveling experience. She is married to her soulmate and best friend, Avery, who blessed her with two amazing children. After her full time job she reads books, plays video games, and watches a lot of anime shows and movies with her family to relax. 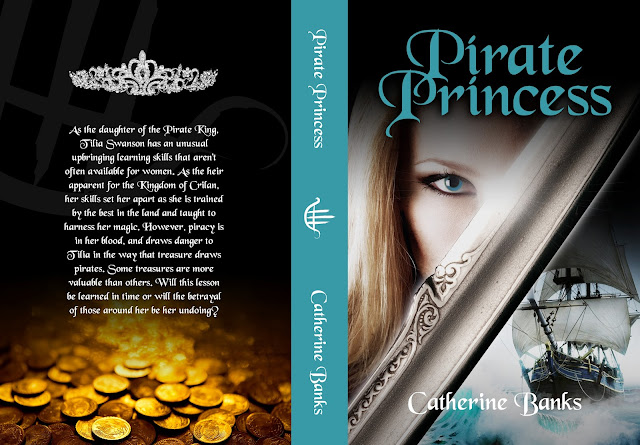