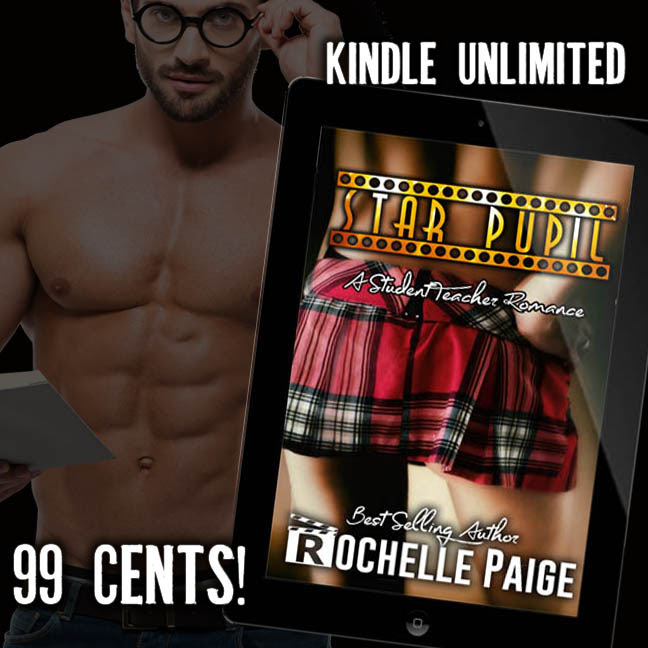 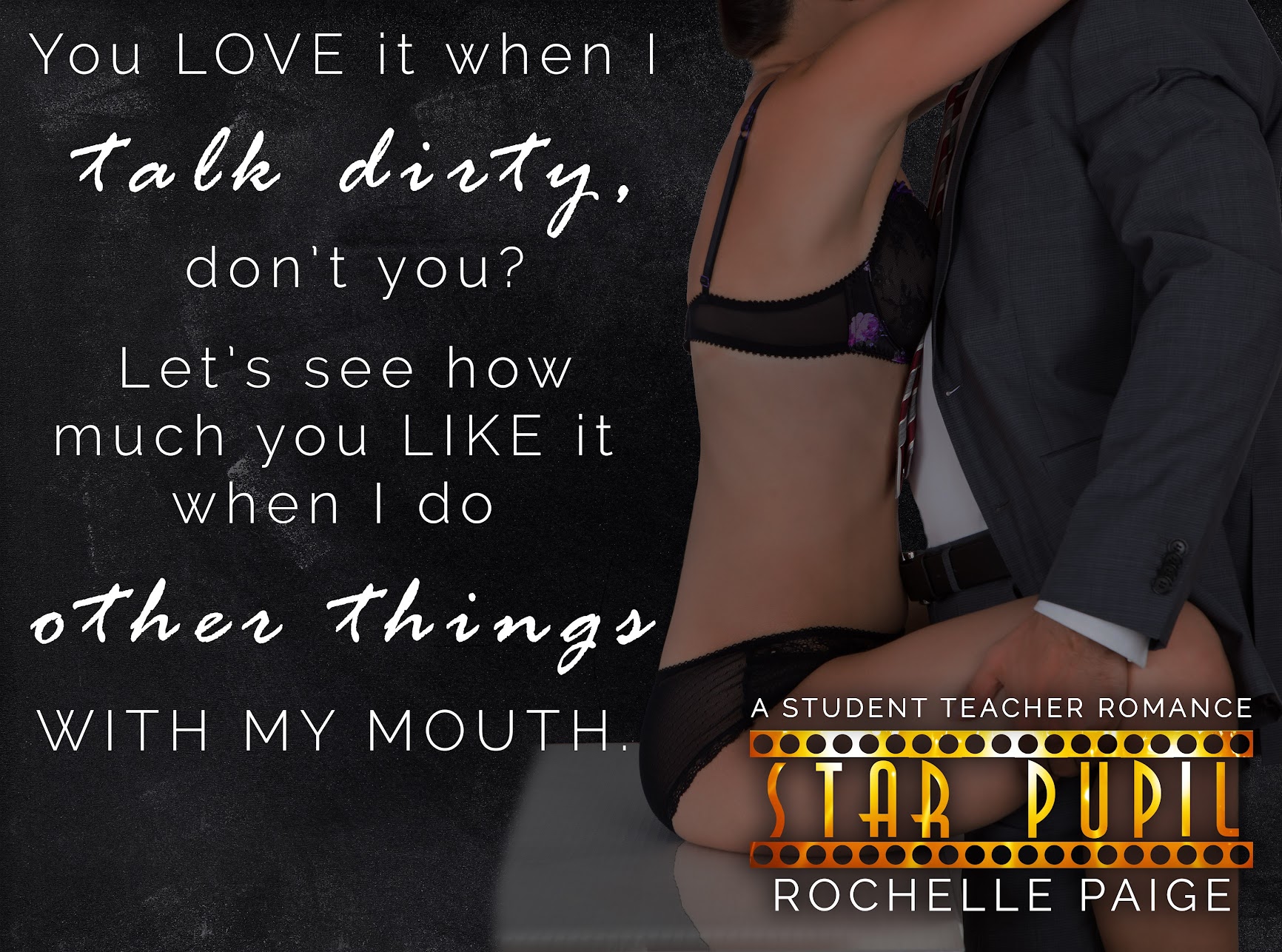 
Griffin Stone isn’t known for his patience, but he manages to endure the three months until Avery Rose’s eighteenth birthday to pursue her. The hot teacher has a plan…

Step 1: Get close to Avery by replacing her set teacher.

Step 2: Make the gorgeous young actress fall for him—just like he’d done with her at first sight from across the studio lot.

Step 3: Teach her the most important lesson of all—that she belongs with him.

Warning: The sweet story might be short, but it has plenty of sexiness and an alpha male who will do whatever it takes to get his woman.

Please note: Star Pupil was previously published in the Hot For Teacher anthology. 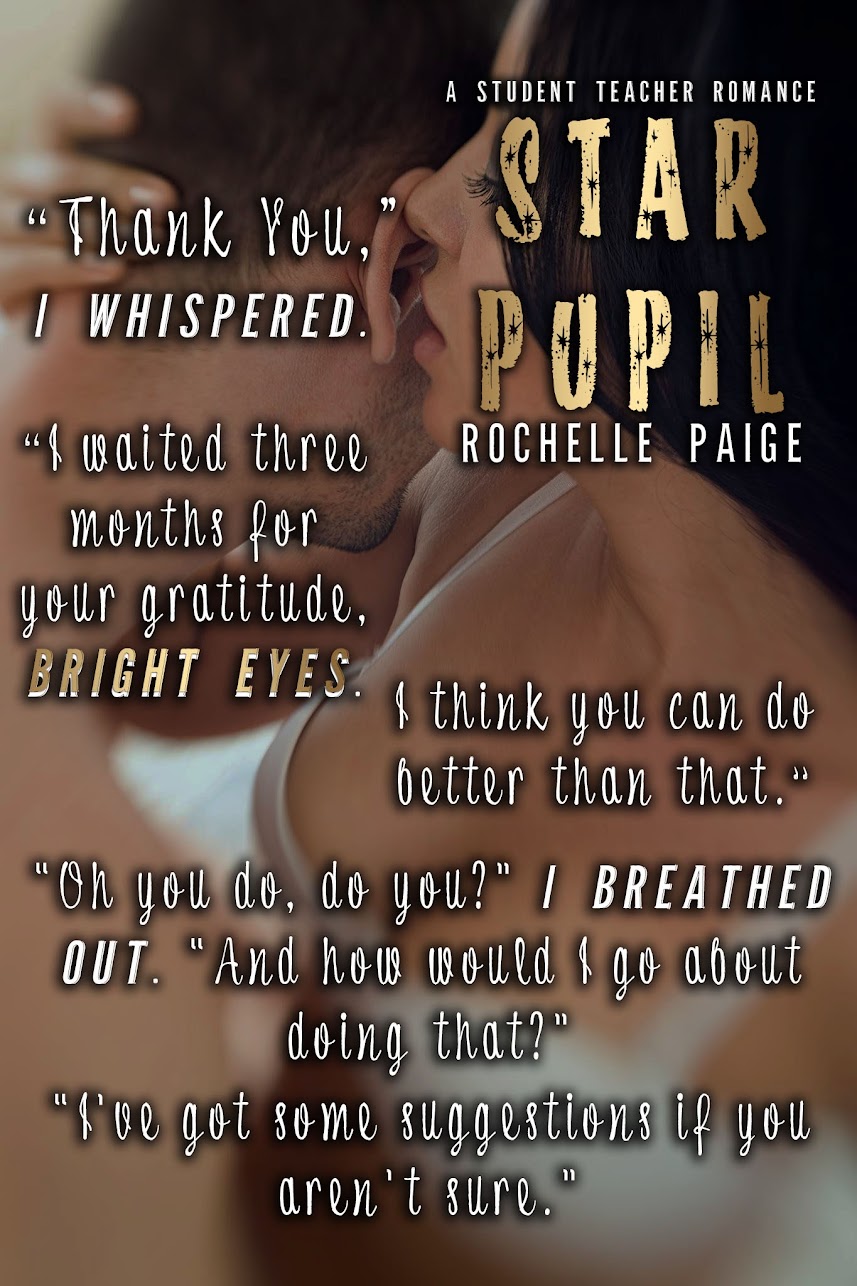 EXCERPT
Growing up in Hollywood, I’d seen plenty of beautiful women throughout my life. I’d even dated my fair share of them. But nothing could have prepared me for the effect Avery Rose had on me. She’d been discovered in a Midwestern shopping mall of all places, plucked out of obscurity to be cast in one of the leading roles of a teen action movie with a blockbuster budget.

Along with everyone else connected to the movie business, I’d heard about the young beauty who was being called the next up-and-coming starlet. I knew I’d bump into her at one point or another, Hollywood was like a small town in many ways, but I hadn’t bothered to listen to the gossip surrounding her since I knew most of it tended to be exaggerated bullshit. I also didn’t want it to color my impression of her since my company was going to be in charge of the education and welfare of all the minors in the movie while they were on set during filming.

Maybe if I’d paid more attention to the talk about Avery, I wouldn’t have reacted the way I had. The moment I spotted her across the studio’s lot, I froze in my tracks and stopped mid-sentence in the middle of a conversation.  With her wavy dark hair, pale skin, wide blue eyes, and curvy figure, she was an intriguing combination of sensual innocence. I felt the punch of attraction from more than thirty feet away.

The timing was impossible. She was three months away from her eighteenth birthday—too fucking young for my twenty-seven years—but it didn’t stop my obsession from starting. I wanted her as my own, and I was damn well going to figure out a way to make it happen. 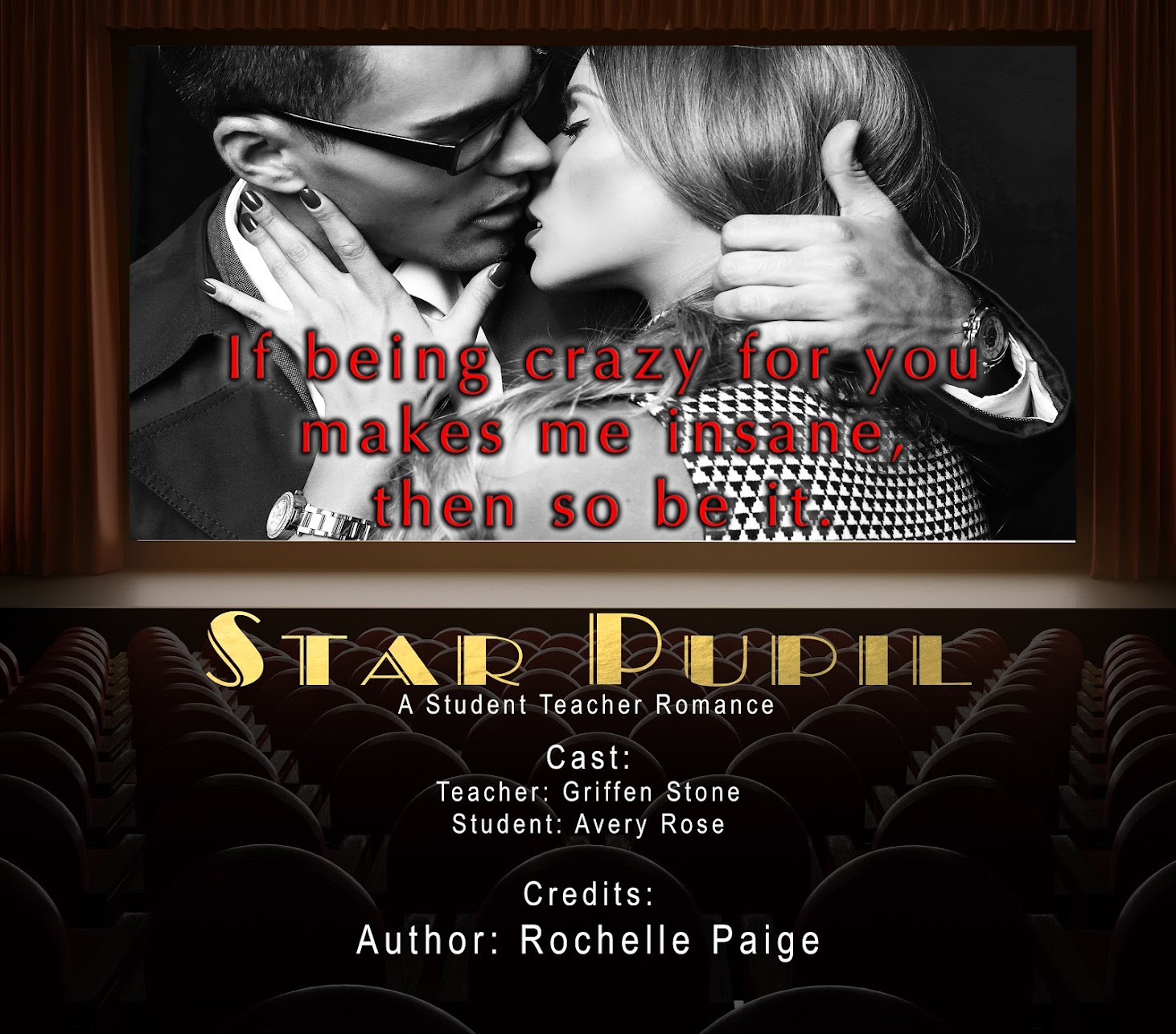 ABOUT ROCHELLE PAIGE
Rochelle Paige is an Amazon bestselling author. She absolutely adores reading. Her friends growing up used to tease her when she trailed after them, trying to read and walk at the same time. She loves stories with alpha males, sassy heroines, hot sex and happily ever afters. She is a bit of a genre hopper in both her reading and her writing. So far she's written books in several romance sub-genres including new adult, contemporary, paranormal and romantic suspense.