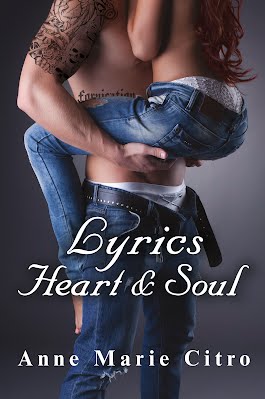 One of America’s most reclusive rockers, Ryder Vaughn, gets an unusual sentence handed down to him. The judge, hoping to teach him the value of human life, sentences him to ten months of community service at Reach Within Centre for individuals with special needs. Ryder is convinced that, if he isn’t crazy already, he will be by the time his sentence ends. However, his only other option forfeits his band’s livelihood.
Five minutes after stepping into the centre, his entire life changes when he meets a gorgeous, little spitfire who will challenge everything he has ever believed about himself and the world around him.
Francesca's devotion has always been to her family, friends, and the job she is passionate about. Her life hasn’t been easy. She sacrifices a lot for the ones she loves and for her dream to visit Italy. Then Francesca finds herself in a desperate situation, and the tattooed beast who is serving his debt to society must save the headstrong woman from a secret that could destroy her. In turn, Francesca teaches Ryder, if you love something enough, it’s worth fighting for.
Ryder knows he isn’t worthy of love, but this incredible beauty makes him want it.
Ryder can save Francesca from her secrets, but can she save him from his? Is Ryder strong enough to endure the kids she loves and her crazy Italian family?
Ten months can fly by or it can last an eternity.

Chapter 1
“Bad to the Bone” By George Thorogood

Anne Marie Citro grew born and raised in the greater Toronto area of Ontario, Canada. She grew up in a large, loving family. Anne Marie is married to a very patient man. He is the love of her life. They have four very cool sons, and the girls they brought into their family that have become daughters of her heart. She has been blessed enough to finally have a beautiful granddaughter after four sons. She has her own personal gaggle of girlfriends, who enrich her life on a daily basis and make her laugh. Caesar Friday is her favourite day of the week. Caesars with the girls and date night with her hubby. She works with special-needs teenagers, that have taught her how to appreciate life and see it through gentler eyes. Anne Marie was encouraged by her husband to follow her life long dream to write. She loves the characters that take over imagination and haunts her dreams. She loves the arts and she has tried her hand at painting, wood sculpting, chainsaw carving, wood burning, metal and wire sculptures. Yes, her husband is a very patient man! Anne Marie is an avid reader and enjoys about three books per week. But nothing makes her happier then riding on the back of her husband's Harley and  throwing her arms out and feeling the wind race by. Anne Marie and her husband take a few weeks every year to travel to spectacular destination around the world. Anne Marie is excited and can't wait to see what the next chapter holds for her life.and enjoys about three books per week.