Oh What a Night by Cheryl Bolen Release Blitz & Giveaway 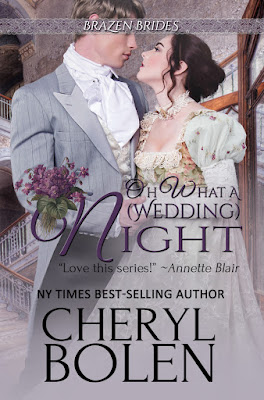 As Lady Sophia Beresford (recently Lady Finkel) passes through the gates of her new bridegroom’s country estate and he begins to whisper in her ear of the delights that await her in his bed, Lady Sophia realizes she has made a most dreadful mistake. There’s only one thing to do. She must bolt.

The bride-on-the-run is rescued by the exceedingly handsome William Birmingham who thinks she’s a woman named Isadore, and though he’s the richest man in England, she mistakes him for a common (but well-to-do) criminal. Since she’d rather be dead than wed to Finkel, Sophia pretends to be Isadore and take her chances with the provocative Mr. Birmingham. But how could she have known that her ruse would bring the gallant Mr. Birmingham into such peril from the wicked man she married? And how could she have known her enigmatic rescuer would ignite passions she’d never known she possessed? 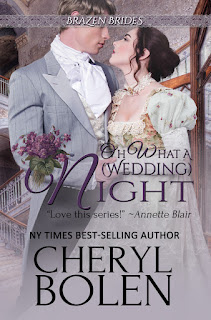 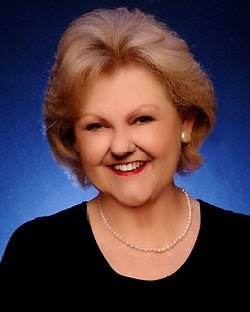 Cheryl Bolen is the New York Times and USA Today bestselling author of over 20 romances, both historical and contemporary mystery. Many of her books have placed in contests, including the Daphne du Maurier (romantic suspense) and have been translated into ten languages. She was Notable New Author in 1999. In 2006 she won the Holt Medallion, Best Historical, and in 2012 she won Best Historical in the International Digital Awards and she's had four other titles place in that competition. Her 2011 Christmas novella was named Best Novella in the Romance Through the Ages. She invites readers to www.CherylBolen.com, or her blog, www.cherylsregencyramblings.wordpress.com or Facebook at https://www.facebook.com/pages/Cheryl-Bolen-Books/146842652076424.