The Workaholic and the Realist by Mary Smith 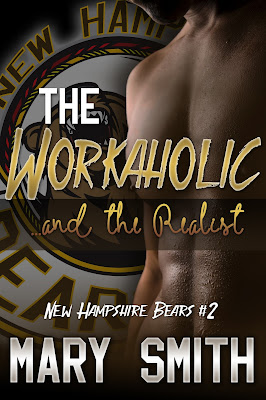 Blurb
If someone looked up the word workaholic in the dictionary, one would see a picture of New Hampshire Bears’ Keaton Jaco next to it. Not only is he a top defensemen in the hockey league; he’s also working towards a master’s degree and writing a book. His teammates think he’s just a playboy, but his grandmother and one other person knows the truth.

Harlow Goldsmith has never wanted to get married or have children. She considers herself a realist and knows all she wants in life is to be financially stable, travel, and have sex. After turning forty and starting her own editing company, she’s realized she has accomplished most of her goals and has done it without the help of any man.

It’s not until the workaholic and the realist initiate a sexual liaison that they see their lives in a whole new light. With both set in their ways, is a relationship even possible? 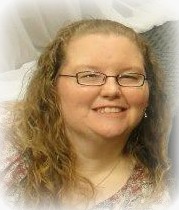 Best Selling Author, Mary Smith, has been coming up with stories her whole life. She has written A HOCKEY TUTOR and THE NEW HAMPSHIRE BEARS SERIES, along with numerous other titles, as well as co-authored THE PENALTY KILL TRILOGY, OH CAPTAIN, MY CAPTAIN SERIES, and THE NINTH INNINGS SERIES with Lindsay Paige. When not busy writing or rooting for the Chicago Blackhawks you can find her with her nose stuck in her Kindle.
Author Media Links
Facebook: www.facebook.com/authormarysmith
Twitter: www.twitter.com/maryms1980
Instagram: www.instagram.com/maryms1980