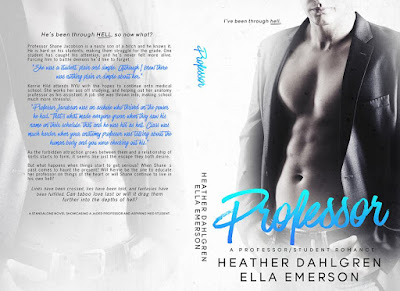 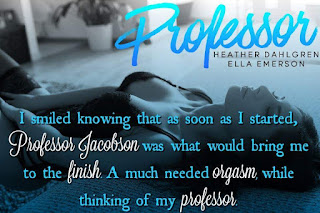 He’s been through HELL, so now what?


Professor Shane Jacobson is a nasty son of a bitch and he knows it. He is hard on his students, making them struggle for the grade. One student has caught his attention, and he’s never felt more alive. Forcing him to battle demons he’d like to forget.
“She was a student, plain and simple. Although I knew there was nothing plain or simple about her.”
Kerrie Hild attends NYU with the hopes to continue onto medical school. She works her ass off studying, and helping out her anatomy professor as his assistant. A job she was thrown into, making school much more stressful.
“Professor Jacobson was an asshole who thrived on the power he had. That’s what made everyone groan when they saw his name on their schedule, that and he was hot as hell. Class was much harder when your anatomy professor was talking about the human body and you were checking out his.”
As the forbidden attraction grows between them and a relationship of sorts starts to form, it seems like just the escape they both desire.
But what happens when things start to get serious? When Shane’s past comes to haunt the present?
Will Kerrie be the one to educate her professor on things of the heart or will Shane continue to live in his own hell?
Lines have been crossed, Lies have been told and Fantasies have been fulfilled.
Can taboo love last or will it drag them further into the depths of hell.
A standalone novel showcasing a jaded professor and aspiring med student. 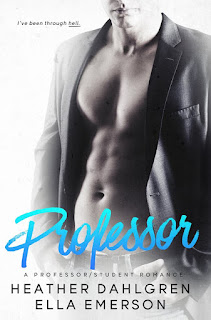 
Bio:
Heather Dahlgren writes Contemporary Romance, sprinkling each book with a bit of humor, a lot of naughty and true love. She self-published her first book in 2014 and continues to do so today. Her over active mind promises the stories are in no short supply. Heather grew up and still resides at the Jersey shore. She loves being so close to the Atlantic Ocean and the Pine Barrens. She is surrounded by the best of both worlds.She is married to her high school sweetheart and has three kids. There is nothing more important in the world to her then her family. When Heather isn’t writing you can find her getting lost in a great book, spending time with family and helping her fellow authors.


Ella Emerson lives in Florida with her husband and three wonderful children. When she isn't writing you can find her watching movies or playing games with her children. She loves to read, write and eat pizza. A true lover of the beach, she enjoys the sun, surf, sand and sea. She also is a huge fan of the cinema and enjoys crazy 80's chick flicks. She was raised a military brat, and has seen her fair share of the world. She loves using her own experiences and turning them into lovely romantic tales.
In high school she discovered her love for reading, and even had one of her poems published in a national magazine. She continues to read, write, review and hopefully she can become an inspiration to her own children, as well as others.