Julie Cassar has a new book, released on May 18th!
Mark it TBR on Goodreads now:  http://bit.ly/1W5eduO 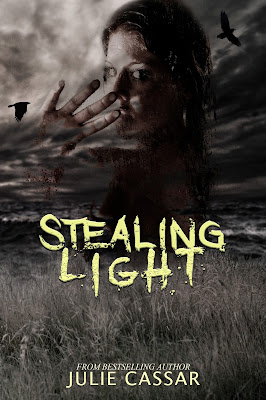 "Tonight, everything could change. I wasn’t ready to let go of anyone just yet."
If you could change what you know is coming, would you? Cecelia Walker discovers an amazing ability deep within herself that gives her the power to change the future. When mysterious outsiders enter her life, she begins to question everything and everyone she once knew.


Years earlier, CeeCee’s life changed forever the day her parents were killed in a horrific car accident. Suddenly extraordinary people and bizarre events began to seep into her very small world. Surviving for years on her addiction to coffee and running, life suddenly deals her a game-changing wildcard and all bets are off. Her magnificent Gift of Light awakens a tremendous dark power wanting to steal what is hers.


Will Cecelia be able to change what she’s seen and set a new course? Has she met her otherworldly match against evil and found her true soul mate? Or, is nothing as it seems as the power of darkness threatens to consume her and those she loves.

Posting 4 stars, however it was more like 3.75 It was a well written story, so thats why I bumped up to 4
I loved parts, just not the whole book. I love the concept, but I don't know, its like it's missing something. It did not keep me interested = glued to the kindle. Its not one that I need to sit and finish the whole thing in a day (obliviously, cause it took me many days to read).
The characters were good; the main character, CeeCee was very good. However, during the story, I too felt her insecurities regarding Aaron and Cash. They were well warranted.
CeeCee's best friend Elliot, only plays a small part but she's a great secondary character.
I didn't realize that yes, this book takes place in the course of one week (7 days), yet it seems much longer. That is the good part, you don't feel rushed.
I understand the need to repeat the nightmare at the beginning of some chapters, and adding little bits to it but at times it annoyed me.
*I was given a copy in exchange for an honest review.  And I try to be as honest as possible. 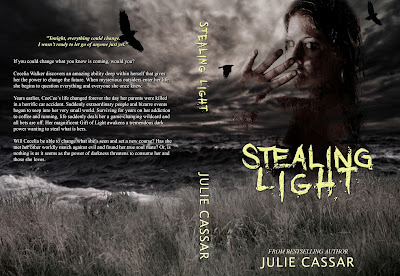 Julie Cassar's debut Young Adult Fantasy "Ruby Blue" Series has been met with rave reviews and has spent weeks on Amazon's Fantasy Series Best Seller List as well as it's Top Rated list. A graduate of Eastern Michigan University with a Bachelor Degree in Fine Art, specializing in Graphic Design, Cassar has also worked as a production artist, designer, painter and photographer. She has been featured in Fitness Magazine, "Outdoor Athlete," and publishes a monthly blog.
(from Amazon)