Warm your hearts this holiday season with twelve all-new sweet romances from best-selling authors. If you enjoyed Christmas Pets and Kisses you'll love following some old friends and meeting some new ones. This delightful collection of pets, from paws and hooves to wings and fins, deliver another round of Christmas magic and true love. 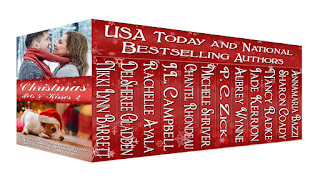 It’s Always Something- Nikki Lynn Barrett- One celebrity couple. One first Christmas together. Two new additions to the McGinnis family in the form of a rabbit and a former Golden retriever service dog. What else could happen this year? It’s Always Something...

The Oblivious Girl’s Handbook – DelSheree Gladden- Being oblivious to all the signs that your life is about to fall apart doesn’t stop it from happening to Sara Taylor. Alone except for the Siamese cat her boyfriend left behind to teach her a lesson, Sara has no clue how to survive on her own. She knows her friend Monroe would gladly step in, but pride forces her to either sink or swim as Christmas approaches, even when sinking seems the most likely outcome.

Her Christmas Chance- Rachelle Ayala- When a persistent cat keeps breaking into Chance Martin’s workshop, he isn’t prepared to meet his reclusive owner--a woman with more than a face to hide.

Sold!- J.L. Campbell- Christmas looks dismal this year for Feechi Anoduro, until she meets Carsten Raimes, who brings not only good luck, but the chance for her seven year old to keep Max, his beloved Yorkshire terrier.

Unexpected Gift 2- Chantel Rhondeau- Housekeeper Dani Johnson is nursing a broken heart, so flees across the country to hide out in New York. Certain even Christmas festivities can’t thaw her frozen heart, Dani is in for a shock when she meets the local veterinarian technician and his adorable kittens.

Home for the Holidays- Michele Shriver- Her personal and professional life at a crossroads New York lawyer Melanie Holister returns home to small town Iowa for the Holidays, where she crosses paths with her high school crush, Kaeden McGrath. Can Kaeden and his bulldog Spike help Melanie find happiness in the hometown she once couldn’t wait to leave?

Merry Mountain Christmas- P.C. Zick- Fran is adjusting after her husband’s death when her first love comes back to town upsetting her family. But a dog named Chester provides her with an inspiration. Rescue dogs and a new love come together in the Smoky Mountains for one sweet Christmas celebration.

Paper Love- Aubrey Wynne- Ian has pulled out all the stops to gain Joy’s trust. When a stray carrier pigeon appears on his deck, the bird and an origami obsession save the day.

Kindled- Jade Kerrion- When a dog darts across the road, premier danseur Nicolas Dragov, sends his motorcycle spinning to avoid killing it. Injured, he is sent home to recuperate over Christmas, but his massage therapist is his former dance partner and the woman who broke his heart.

A Christmas Snowstar- Nancy Radke- Two neighboring ranchers struggle to save a new-born foal from wolves in a blizzard, while becoming reacquainted after years of separation.

Melanie’s Christmas Gift- Sharon Coady- After a whirlwind wedding Kyle and Anne feel like they have it all as they settle in as a new family with her grandfather and his young daughter. But when Kyle announces they are expecting a new baby his child’s stubborn actions could rock their cradle and ruin their future. Can the family cat help create a Christmas miracle? 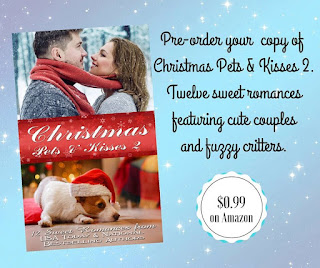 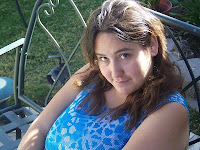 I'm an avid lover of books. I've been writing as far back as I can remember, completing my first "book" by fifth grade in one of those one subject spiral notebooks. I have a passion for music, photography, jewelry and all things creative. I live in Arizona with my husband and son, but dream of being somewhere much colder and stormier. For now, I'll have to live that life through my characters and stick it out with the summer heat.
Amazon: http://amzn.to/2cjryAz
Facebook:  https://www.facebook.com/NikkiLynnBarrettauthor
Nikki's Book Nook: https://www.facebook.com/groups/NikkisBookNook
Nikki's Book Stormers: https://www.facebook.com/groups/NikkisBookStormers
Twitter https://twitter.com/nikkilynnbarret
Goodreads https://www.goodreads.com/author/show/6583655.Nikki_Lynn_Barrett
Blog http://nikkilynnbarrett.blogspot.ca 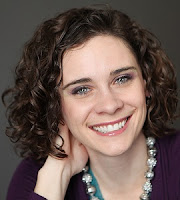 DelSheree Gladden was one of those shy, quiet kids who spent more time reading than talking. Literally. She didn’t speak a single word for the first three months of preschool, but she had already taught herself to read. Her fascination with reading led to many hours spent in the library and bookstores, and eventually to writing. She wrote her first novel when she was sixteen years old, but spent ten years rewriting and perfecting it before having it published.
Native to New Mexico, DelSheree and her husband spent several years in Colorado for college and work before moving back home to be near family again. Their two children love having their seventeen cousins close by. When not writing, you can find DelSheree reading, painting, sewing and trying not to get bitten by small children in her work as a dental hygienist.
Amazon: http://amzn.to/2cVcW6z
Facebook: https://www.facebook.com/AuthorDelShereeGladden
Website: http://www.delshereegladden.com/
Twitter: https://twitter.com/DelSheree
Pinterest: http://www.pinterest.com/delsheree/
Google+: https://plus.google.com/+DelShereeGladden/posts?cfem=1
Youtube: https://www.youtube.com/channel/UCvhRQvJy3KJhllsepnX6ogQ/videos
Linkedin: https://www.linkedin.com/in/delshereegladden
Tumblr: http://delsheree.tumblr.com/
Podcast: http://writepublishrepeat.libsyn.com/

Rachelle Ayala
Rachelle Ayala is a bestselling author of contemporary romance and romantic suspense. Her foremost goal is to take readers on a shared emotional journey with her characters as they grow and become more true to themselves. Rachelle believes in the power of love to overcome obstacles and feels that everyone should find love as often as possible, especially if it's within the pages of a book. Her book, Knowing Vera, won the 2015 Angie Ovation Award, and A Father for Christmas garnered a 2015 Readers' Favorite Gold Award.
Sign up for her NEWSLETTER to get a FREE surprise book and her latest book news! http://bit.ly/RachAyala
Website: http://rachelleayala.me
Facebook: https://www.facebook.com/RachelleAyalaWriter
Newsletter: http://bit.ly/RachAyalaFacebook
Street Team: https://www.facebook.com/groups/ClubRachelleAyala/
Twitter: https://twitter.com/AyalaRachelle
Amazon: http://amzn.to/2cGFKQP 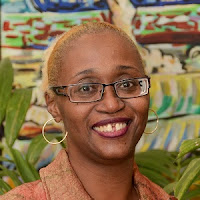 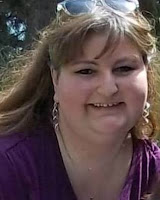 contemporary romance. Her books feature flawed-but-likeable characters in real-life settings. She’s not afraid to break the rules, but never stops believing in happily ever after. Michele counts among her favorite things a good glass of wine, a hockey game, and a sweet and sexy book boyfriend, not necessarily in that order.
Street Team/ Reader’s club: https://www.facebook.com/groups/721292531291721/
Website: http://www.micheleshriver.com
Facebook Author Page: https://www.facebook.com/pages/Author-Michele-Shriver/241190605939040
Twitter: https://twitter.com/micheleshriver
Newsletter: http://eepurl.com/323sj 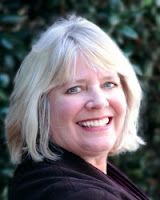 Bestselling author, P.C. Zick describes herself as a storyteller no matter what she writes. And she writes in a variety of genres, including romance, contemporary fiction, and nonfiction. She's won various awards for her essays, columns, editorials, articles, and fiction
Many of her novels contain stories of Florida and its people and environment, which she credits as giving her a rich base for her storytelling. "Florida's quirky and abundant wildlife - both human and animal - supply my fiction with tales almost too weird to be believable. Her Behind the Love trilogy - contemporary romance - is also set in Florida, but she's now working on a series set in the Smoky Mountains.
You can keep track of P.C. Zick's new releases and special promotions by signing up for her newsletter here: http://eepurl.com/0o6-D. Visit her website to find out more about her writing life at http://www.pczick.com.
Links
Amazon Central: http://amzn.to/2cVdY2d
Barnes & Noble: http://www.barnesandnoble.com/s/%22P.C.%20Zick%22
Kobo: https://store.kobobooks.com/search?Query=P.C.+Zick
Apple: https://itunes.apple.com/us/artist/p.c.-zick/id880714600?mt=11
Website: www.pczick.com/
Blog: www.pczick.wordpress.com
Facebook: https://facebook/PCZick
Twitter: https://twitter/PCZick
Goodreads: https://www.goodreads.com/author/show/5989135.P_C_Zick
Google +: https://plus.google.com/u/0/114232083554517874771/posts
Video Trailers: http://youtu.be/GNsZUiyDKIo?list=UUxE92WgTCZOLI6wrbIgoYhw
Aubrey Wynne

Bestselling and award-winning author Aubrey Wynne resides in theMidwest with her husband, dogs, horses, mule and barn cats. She is an elementary teacher by trade, champion of children and animals by conscience,and author by night. Obsessions include history, travel, trail riding and all things Christmas.
Her short stories, Merry Christmas, Henry and Pete's Mighty Purty Privies received Readers Choice Awards and Dante's Gift won the 2016 Golden Quill award. Besides her Chicago Christmas novellas, Aubrey will release "A Vintage Romance" series inspired by tales of her stepfather, who served for the British Air Force in WWII. The stories will be set in the 40s & 50s. Her medieval fantasy series will launch in 2017 with Rolf's Quest.
Website: http://aubreywynne.com/
Facebook: http://facebook.com/magnificentvalor
Twitter: http://twitter.com/aubreywynne51
Newsletter: http://www.subscribepage.com/k3f1z5
Jade Kerrion 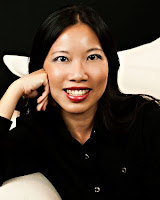 Jade Kerrion defied (or leveraged, depending on your point of view) her undergraduate degrees in Biology and Philosophy, as well as her MBA, to embark on her second (and concurrent) career as an award-winning science fiction, fantasy, and contemporary romance author.
Her debut novel, Perfection Unleashed, published in 2012, won six literary awards and launched her best-selling futuristic thriller series, Double Helix, which blends cutting-edge genetic engineering and high-octane action with an unforgettable romance between an alpha empath and an assassin.
Earth-Sim and Eternal Night won first place Royal Palm Literary Awards in the Young Adult and Fantasy categories respectively. Readers have clamored for sequels, and Jade will get around to them when her To Do list opens up (sometime after 2020.)
Life Shocks Romances, Jade’s sweet and sexy contemporary romance series, features unlikely romances you will root for and happy endings you can believe in. They prove that, at the very least, she knows how to alphabetize books.
If she sounds busy, it’s because she is. Jade writes at 3:00 am when her husband and three sons are asleep, and aspires to make her readers as sleep-deprived as she is.
Visit her at http://www.jadekerrion.com
Facebook: http://www.facebook.com/jadekerrion
Twitter: http://www.twitter.com/jadekerrion
Nancy Radke

Nancy Radke has ridden through mountains in the wintertime, wrapping her legs in blankets to stay warm, and carrying a stone in her pocket as a hand warmer. She still has the stone (no horses), and in her imagination often returns to the ranch and its many challenges. Her pets at that time were her horses, a milk cow, several dogs and enough cats to clear out the barn. She still has several dogs, wild rabbits, deer, birds, and coyotes where she lives. Her many books feature honorable men and courageous women, usually in danger of some sort. The Trahern series follows different members of a Tennessee family as they travel west after the Civil War. The Sisters of Spirit series and the Brothers of Spirit series contain modern stories, ranging from humorous to thrillers.
Facebook: https://www.facebook.com/AuthorNancyRadke/
Website: http://www.nancyradkeauthor.com/
Twitter: https://twitter.com/_nancyradke
Sharon Coady
Best Selling Author Sharon Coady lives in Florida with her husband, three of her four daughters and five of her eleven grandchildren. Sharon has written and published five books, a YA Paranormal, a Contemporary Romance, A Mystery/Suspense, a sweet Christmas Romance, a Spicy Christmas Romance and is working on her next book a Country Music Romance. When not writing Sharon is a nurse for the Veterans Administration who enjoys spending time with her family and riding behind her husband on their Harley.
Amazon: http://amzn.to/2cDA790
Facebook: http://bit.ly/1Sw65MF
Twitter: http://bit.ly/1oHNfKQ

Annamaria Bazzi
Although born in the United States, Annamaria Bazzi spent a great deal of her childhood in Sicily, Italy, in a town called Sciacca. Italian was the language spoken at home. Therefore, she had no problems when she found herself growing up in a strange country.
Upon returning to the states, she swore she would speak without an accent.
She attended Wayne State University in Detroit Michigan, where she obtained her Bachelor of Science in Computers with a minor in Spanish. Annamaria Bazzi spent twenty years programming systems for large corporations, creating innovative solution, and addressing customer problems. During those years she raised four daughters and one husband. Annamaria lives in Richmond Virginia with her small family where she now dedicates a good part of her day writing.
blog: http://www.annamariabazzi.com
Facebook: https://www.facebook.com/Author.annamariabazzi 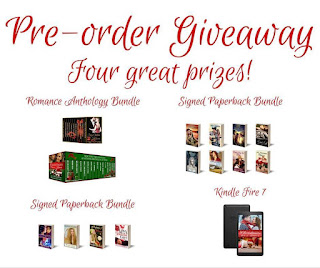 a Rafflecopter giveaway
Posted by Unknown at 1:48 AM