The Fated: Rise From the Ashes 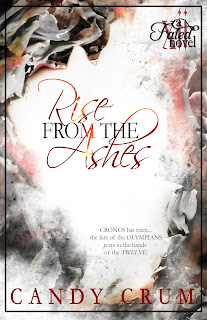 Zeus, king of the gods, has been stubborn for far too long. Because of his refusal to reconnect with the humans, the gods' powers have gone unused. The longer the gods ignored who the were, simply to obey him, the weaker they became.
Prophecy states that Cronus, the father of Zeus, Poseidon and Hades would rise and when he does he will claim Olympus and Earth. Starting with his sons, he will kill the Olympians and enslave the humans in the process.
The only hope for the Olympians to defeat him, would be for the gods to make a difficult choice:
Trust in themselves or trust in their human descendants. 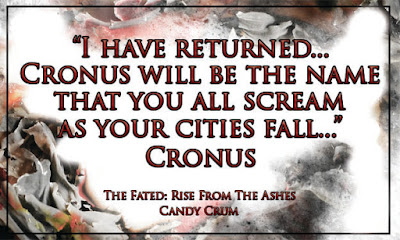 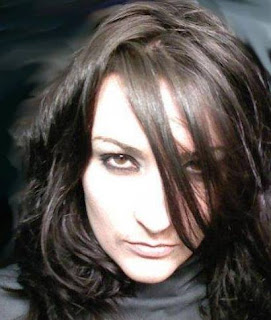 Meet the Author
Candy Crum is a career woman by day and a mom & writer by night. She is the author of The Eternal Series (The Eternal Gift, The Eternal Echo), as well as the creator of The Dark Compendiums (The Withering Darkness), anthologies focusing on the work of "yet-to-be-known" authors as a way to give back to those who helped her. She lives with her two amazing, yet rambunctious sons in Indiana and spends most of her time playing with her kids, writing, reading or listening to music.

Email ThisBlogThis!Share to TwitterShare to FacebookShare to Pinterest
Labels: Fantasy, YA