The Time Series by Lily Morgan 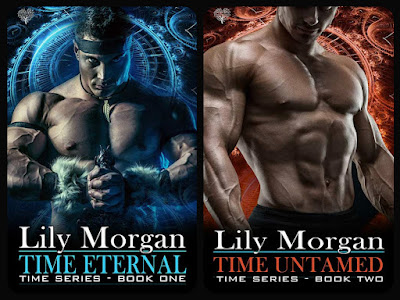 The Time Series by Lily Morgan

Time Eternal is the story of Skyla Gray, a TSCAA agent in the present day, and Rei Dusan, the crown prince of the sixteenth-century Serbian Empire, who has traded his soul to the gods so he can travel through time to find his one true love, Elizabeth Magini.
The story opens with Agent Gray time-ported to an underground bank vault. Her mission is to retrieve a device, but someone else has gotten there first. More maddening is that she recognizes this man’s voice even though she cannot remember ever having met him before. Sent back to the present day by this stranger, she finds the life she knew slowly beginning to unravel…and learns that the stranger is not the only one who has been looking for her these past five centuries.
At the Last Battle, Rei Dusan lay dying alongside his father, his brothers, and his countrymen, when a handmaiden from the gods offered him a bargain: his soul and his eternal pledge to do the gods’ bidding in exchange for immortality. With his life, he will avenge his family, his country, and his beloved Elizabeth, who sacrificed her life to save his. He accepted the bargain with the gods only to later discover Elizabeth did not perish in the fire.
Will Skyla remember who she really is? What Rei meant to her—to Elizabeth? Will she accept Rei in her present life, where she is no longer a helpless young girl needing rescue from an evil Medici lord, but an ass-kicking agent fighting terrorists for a living? And how will Rei answer to the gods when they find out he has defied their orders? Will there be a happily ever after for Rei and Skyla?
Time Eternal is the first book of the Time series, which tells the story of the men and women who are part of a secret government agency, fighting not garden-variety terrorists but the gods and their enemies, who are facing off in a final showdown. Should their wars not be contained, the world will go up in flames—literally. 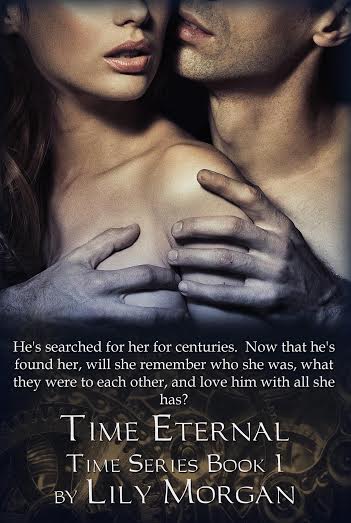 Benjamin "Butch" Stone, a member of TSCAA Team Mu, is a former US Marine who has no family, no love except for his country, and his missions until he meets Savannah Green by chance at a bar in Germany. His attraction to her is instantaneous and combustible. They spend a gorgeous night together. When Savannah gets pregnant shortly after, he doesn’t hesitate to marry her. He thought this was his fairytale ending—a beautiful wife and rambunctious son—until a house fire, rips them away from him. The tragic news reaches him while he is in some godforsaken place, saving his country when he can’t even save his wife and young child. His heart and soul died that day.
Savannah Sabbah, also known as Savannah Green, is a part of an ancient order of assassins historians believe ceased existence in the thirteenth century. Her first assignment is to seduce a US serviceman for military secrets, but she falls hopelessly in love with her mark instead. When her father recalls her back to the family, she is ordered to destroy all evidence of her existence in her husband's life. She defies her family's orders and hides her son away. Yet this secret could be the end of her, her husband, and possibly the world.
Once again, TSCAA must go back in time to stop an alteration of history, to prevent a "contract to kill" on Jack Evans when he is still a boy. Jack will grow up to be the lead passenger, staging the counter attack inside UA Flight 93 on September 11, 2001. Should Butch and his team fail in protecting Jack, the present they know will be drastically different. World War III is almost guaranteed. But how can he trust the woman he loved with all his heart and soul when she deliberately deceived him, not only about who she really is but also about their son?
Will Butch and Savannah be able to overcome their distrust of each other? Will they be able to fight against their still-sizzling connection in order to remain cool-headed against her ruthless father and powerful family? 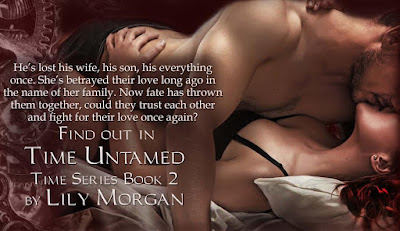 Lily has spent her entire adult life working for several Fortune 500 companies, but has always dreamed about being a writer. Her first encounter with “Anna Karenina” in college was love at first read. Throughout her corporate career, Lily never truly let go of that first love and eventually garnered enough courage to try her hand at writing. And it was the most amazing and fun experience she’s had in a long, long while. As any happily-ever-after story should go, the rest is history.