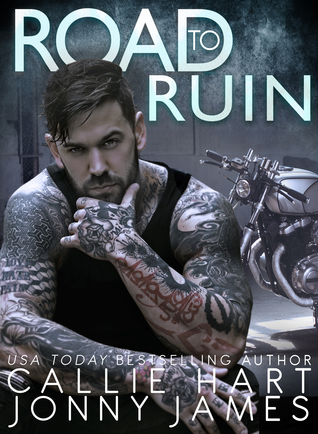 Tommy ‘Havoc’ Kendrick’s rap sheet reads like a recipe for disaster: one part mayhem to three parts chaos. There’s no arguing the matter; he’s a bad guy, or at least he used to be. For the past five years, Tommy’s been on the straight and narrow, keeping his head down and staying out of trouble. He left the French Quarter behind, along with the New Orleans crime syndicates and underground fights that used to pay his bills. Trading in the high-octane thrill of earning money with his fists to work in an auto mechanic’s was hard, and yet somehow, despite everything, he’s made it work.

Tommy hadn’t planned on seeing his brother again. When David Kendrick turns up on his doorstep with a bag full of money and four broken ribs, Tommy finds himself heading back to the place he swore he’d never return. Back to the fights. Back to the drinking, the drugs, and the women.

Back to a life he thought he’d left behind for good.

Nikita Moreau has lived in New Orleans all her life. She learned to drive there, lost her virginity there, bought her first house there, and she’s damned if she isn’t going to die there, too. As a prison psychologist at one of the country’s most dangerous facilities, she runs the risk of dying in the state of Louisiana on a daily basis, and yet she wouldn’t give it up for the world. There’s nothing more satisfying than helping those everyone else has given up on. Nothing more rewarding than fixing something everyone said was broken.

And, most importantly, why won’t she save herself?

Mercy!! I am not even sure where to begin with this review. There are so many things I could say but spoilers are no fun so I will just stick to facts.

Tommy is one hard core guy. He definitely has his fighter instinct going for him. He is tall, strong, sexy, and one tough son of a gun. Can he make the best decision or will he go for blood?

Nikita, holy firecracker!! Girl I have a crush on her! She is tough, smart, beautiful, and she don't take no crap. Can she give up on something that feels so right?

The secondary characters are wicked. They deserve stories all of their own. This book does end in a cliffhanger which I don't mind if the next book isn't going to take long to come out.

I will definitely be reading the next one to see where this goes.