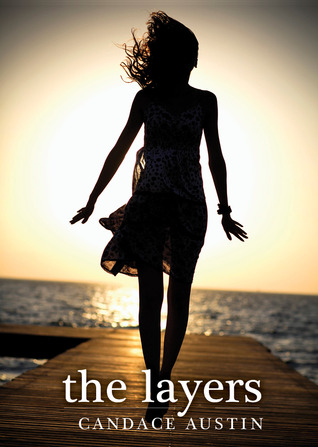 In a world that remembers past lives, he remembers her -
how he loved her, how she killed him.

Since the Unveiling, most everyone struggles with memories of past lives, but 19-year-old David Kiplinger struggles more than most, more than anyone. When TheLayers reveals his 68 lives, shattering the record set at five, he becomes the story of the century, an overnight celebrity, and the world looks to him for an answer to the burning question—what is the point of living?

For David, the answer has always been her--the girl he knows will come, the one he will love unconditionally, the one who will kill him.

When he’s teamed with Holly Stone to write his autobiography, he’s sure that he’s found her again, but rather than run, he relies on the signs he’s been given that this life will be different. And that’s when bad things begin to happen.

With their lives suddenly in danger, they’re secreted away to a North Carolina mountain retreat where they tumble even further into a tangled web of passion and apprehension, love and suspicion. If they’re to have a future, they must first unravel the mystery of their past and determine once and for all if Holly is the love of his lives, his angel of death.

Much to the couple's dismay, the fates hold true to their trickster form when all revelations come to pass on international television, setting the world on a countdown to David’s twentieth birthday—a birthday he may not live to see.

really REALLY liked this book! If you are interested at all in reincarnation then you will LOVE this book. Imagine this...a network like Ancestory.com BUT called The Layers where you can get on and put in your past lives or things that you remember and WHAM you are connected to the people from your past life (lives if you're lucky) and you find out who you were. BUT the catch is those lives link to you in this life....the good and the bad, you even have to make them known on job applications! NOW, our lead man David, he has 68 past lives....and all have ended by the hand of a woman that he loves. Finally in this life he finds her....will it end early or will he survive his 'curse'. I was so drawn into the story of David and then Holly when she makes her entrance that I read this book like a mad woman. Quiet a few parts had me laughing, a couple pulled at the heart strings....but it only made me enjoy the book that much more....Austin knew what she was doing when she sat down to write this book....BRAVO!! (whistle)