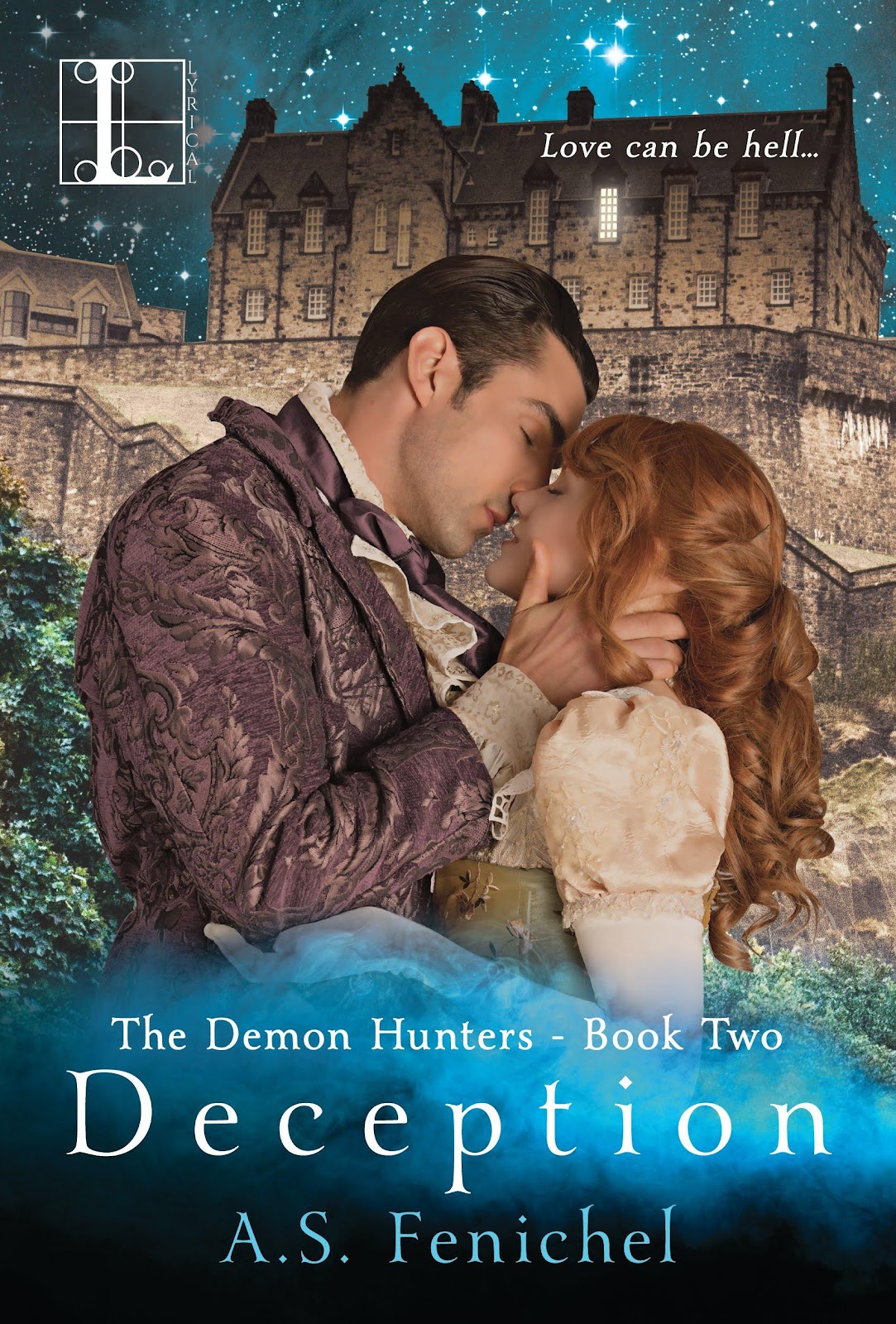 When Demons threaten Regency London, only a Lady can stop them.

Lillian Dellacourt is beautiful, refined and absolutely lethal. She’s also the most feared and merciless demon hunter in The Company. She’s come a long way from the penniless seamstress’s daughter sold to the highest bidder, and it wasn’t by trusting a man, let alone an exiled Marquis with more on his mind than slaying the hellspawn . . .

For Dorian Lambert, Marquis de Montalembert, being sent to keep track of Lillian is no mean task. He’s wanted the fiery vixen since he first heard of her five years ago. But wooing the lady while fighting the demon uprising is no easy feat, especially when the lady’s tongue is as sharp as the Japanese sai blades she favors for eviscerating the spawn of hell.

These two will have to learn to trust each other fast, because the demon master is back, and he’s planning to turn Edinburgh into a living hell…

A.S. Fenichel gave up a successful career in New York City to follow her husband to Texas and pursue her lifelong dream of being a professional writer. She’s never looked back.

A.S. adores writing stories filled with love, passion, desire, magic and maybe a little mayhem tossed in for good measure. Books have always been her perfect escape and she still relishes diving into one and staying up all night to finish a good story.

Originally from New York, she grew up in New Jersey, and now lives in the East Texas with her real life hero, her wonderful husband. When not reading or writing she enjoys cooking, travel, history, and puttering in her garden. Her babies are both rescues and include a demanding dog and a temperamental cat both of which bring constant joy and laughter.