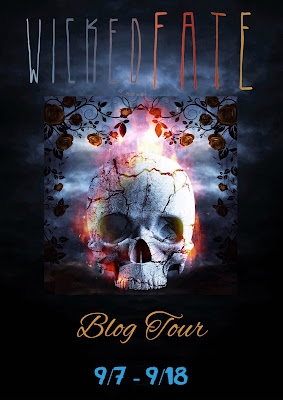 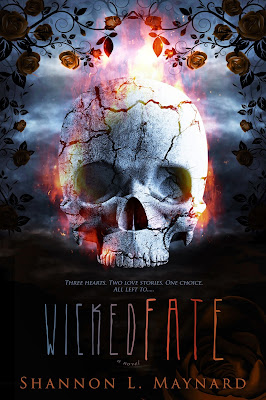 Ava's mother always told her to be careful what she wished for. From the moment Ava woke up on Lamarai Island, she wanted nothing more than to find Preston. But now that she has, her heart is caught in a fierce game of tug-of-war. In a place where danger lurks around every tree, she must quickly figure out who she can trust, and who is out to destroy her dream of a happy ever after.

Dax's plan to capture Ava's heart was all falling into place. That is, until Ava's past showed up on the island in the form of a tall, dark, and handsome pilot named Preston, leaving Dax to wonder if he's inherited Ava's wicked luck. Preston is determined to pick up his relationship with Ava where they left off before a plane crash separated them, but Dax will stop at nothing to fight for the girl of his dreams and discover the truth behind the mysterious pilot.

But Dax isn't the only one troubled by the surprise appearance of Preston and his flight crew. The new visitors to the island have caused Dax's stepsister, Roxy, to develop a bad case of sibling rivalry, as well as managed to attract the unwanted attention of a vicious tribe of cannibals. Now Dax must figure out a way to keep his new tribe of misfits safe, while Ava is left to make the most important decision of her life. Will they succeed, or will fate decide for them?


Amazon | Goodreads | Kobo
~Read what others are saying about Wicked Fate~

"I love how unique this series is. It’s a mystery like none other. Shannon keeps you on your toes and you will never guess what’s around the corner. "
~Cali Mel

"I highly recommend this series, and now I’m desperately hoping for another book...There’s a love triangle, plenty of action, tragedy, and plenty of revelations throughout the entire book."
"If you want to read a unique romance, Wicked Luck and Wicked Fate are the books for you."
~Leah Nova Moss

Shannon Maynard studied art and criminology before getting a license in cosmetology, but eventually wound up an expert daydreamer; a skill that occasionally leads to getting lost while driving, but has been a huge asset to her love for writing. 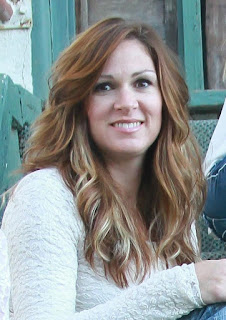 Her debut novel WICKED LUCK released in June of 2015 and is the first book in the Wicked Luck Trilogy.
Goodreads | Amazon | Facebook | Twitter | Webpage 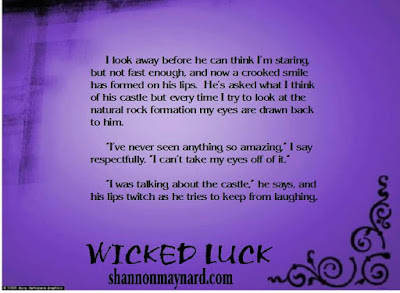 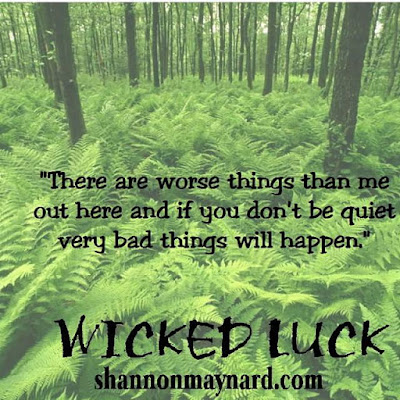 You can grab Book One, Wicked Luck for FREE on Amazon for a Limited Time! 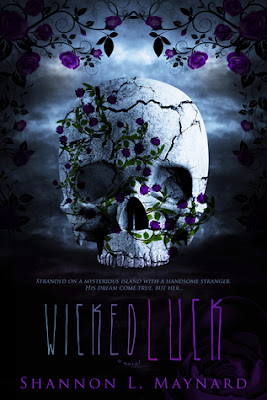 For the past three years, Dax has been stranded on Lamarai Island with his stepsister and two tribes of cannibals. But now a beautiful girl named Ava has washed up on shore. After secretly reading her journal, he believes she is a perfect match to the girl of his dreams. He’s determined not only to keep her alive, but also to win over her heart by convincing her to forget about her past and the secrets that continue to haunt her.

Ava Starr has always been the epitome of bad luck, but she never imagined she would wake up and find herself on a cannibal-infested island with no memory of how she got there. The last thing she remembers is boarding a plane with her pilot boyfriend, Preston. But now he and his crew are missing, and she must find him before a tribe of hungry cannibals finds him first. But Ava’s troubles have followed her to Lamarai, where once again she’s surrounded by danger and people who want her dead. She finds herself caught in a web of deceit and soon discovers the answers to her mysterious past can be found in the most unlikely of places, and that no one is actually who they seem to be. 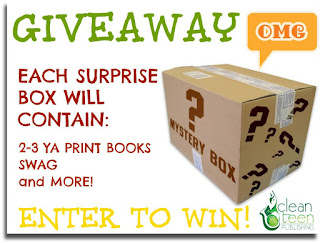 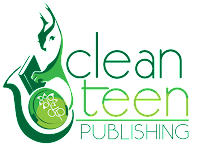