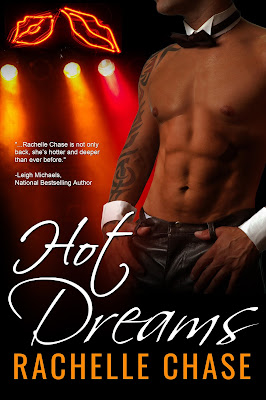 Is it better to live out the best fantasy of your life, knowing it will end, than not to have had it at all?


Born with a port-wine stain birthmark covering part of her face, then the victim of a cruel joke the night her daughter Brianna was conceived, Tina Edwards is done with romantic fantasies. Caring for nine-year-old Brianna and running her business, Plants Alive, are all she needs.

Until she enters Hot Dreams--a male dance company that caters to women. As she stares at the photos dotting CEO Johnny Guerra's desk, she can't help but wonder and fantasize about what the real Johnny is like.

But thirteen years ago, the "real" Johnny died when he caused the death of his wife and unborn child. Now, he prefers to be viewed--and to view a woman--as an object. Until he meets Tina and accepts her challenge for a performance like no other.

One simple dance . . . one simple fantasy . . . and unexpected consequences force them to confront the one real thing they've been hiding from: Love. 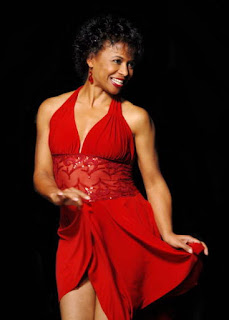 Rachelle Chase is an award-winning romance author, business consultant, speaker, and model who’s appeared on national television. As an author, she’s published nine books and novellas. An excerpt from “Out of Control”, her novella in SECRETS VOLUME 13, was used in ON WRITING ROMANCE, published by Writer’s Digest Books, to illustrate how to effectively heighten sexual tension in a romance book. She's also hosted talk shows for SingleMindedWomen.com and her own "Chatting with Chase" interviewing bestselling authors and founded and co-sponsored the "Chase the Dream" contest with bestselling author Leigh Michaels. Please visit www.RachelleChase.com for more information. As a speaker, Rachelle’s presentations include: "How to Get Published by Accident," "Aggressive Promotion for Penny Pinchers," "Making the Mundane Erotic," and "Giving Your Readers Good Sex: 10 Ingredients for a Satisfying Love Scene." Rachelle has also hosted two live talk shows, "SingleMindedWomen.com Talk Radio," which featured popular guests speaking about dating, relationships, parenting, and more, plus "Chatting with Chase," in which she interviewed best-selling authors. She also founded and co-sponsored the “Chase the Dream” contest for writers with author Leigh Michaels, and frequently offers other fun contests, including the upcoming HOT DREAMS Finding Johnny CONTEST, an online contest featuring hunky guys competing for the role of Johnny, the hero in HOT DREAMS.