The Mortal One by Shannon Bell

Explore the love story between Nico, an Italian vampire, and Dylan, an American woman who was in the wrong place at the wrong time. Dylan must deal with another vampire who wants to claim her, vampire politics at their worst, and is swept away in a romance with Nico that is so strong, she wonders if it could be real. 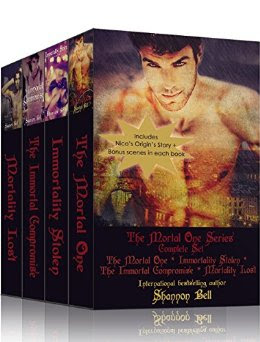 All four books of The Mortal One Series are included, with bonus & extended scenes as well as Nico's Origins Story. Over 1,100 pages if they were in print!!

The Mortal One:
Dylan is a mortal woman who is in desperate need of finding herself. What she finds instead is a vampire in the streets of Florence and is suddenly swept up in an immortal love affair. It's not that easy, though. She's got vampire politics to deal with and a hot Parisian vampire who thinks he can claim her. Nico must mark her and guide her through these tough times. Will she be able to receive the mark? Can a mortal and immortal find true love? Read #1, the Amazon bestselling novel today. 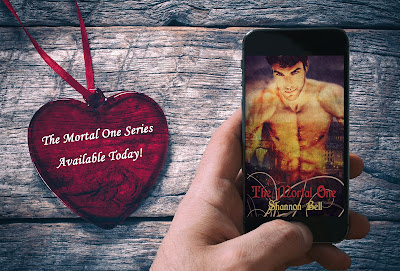 Immortality Stolen:
Dylan is still the mortal one in the equation, but now she has learned that it's not just vampires that go bump in the night. She is now torn between Olivier who has apologized and Nico who has shown her nothing but kindness and love. She gets a good dose of what it means to be a truth seeker thanks to Olivier, though he wants to share more than knowledge with her. Will Dylan be able to resist Olivier's charms? Can she make sense of this world with her heart and dignity intact? 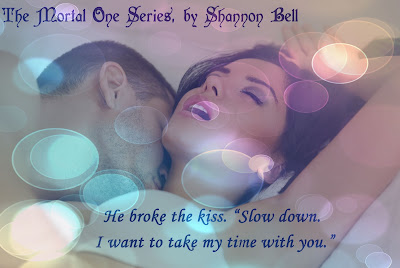 The Immortal Compromise:
Dylan, Nico, and Olivier are working on a compromise that allows them to live within the city together. There are power struggles going on everywhere and Dylan is learning that it’s becoming a liability that she is still mortal. However, she’s not ready to let go of her mortality. Dylan and Nico are growing stronger as a power couple and that is causing some feelings of jealousy from a few different people within their lives. Dylan is learning about being “a sensitive” and trying to forge a new home within Paris. Will she be able to survive as a mortal? Can Nico and Olivier come up with a compromise that allows them to work together? 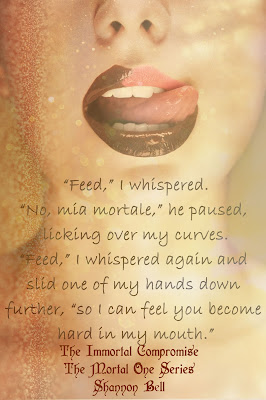 Mortality Lost:
Dylan is the mortal one still..but not for long. Nico is ready to provide her with the wedding of her dreams, but first they must go in search of the Celtic bloodline. There are dangers that lie ahead in Scotland and vampires invited into the city are not making it easy for Dylan to say 'I do' as a mortal. Will she be married? Will she get the bloodline of her choosing? Find out in the final installment of The Mortal One Series 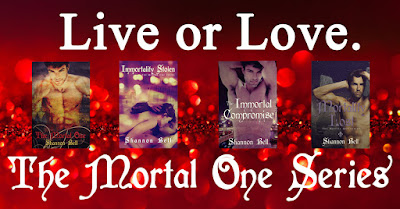 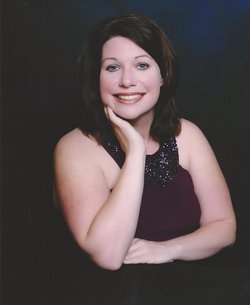 Author Bio:
Shannon Bell grew up in Florida and has always dreamed about vampires - and still secretly hopes they exist. She is married to someone who tolerates her crazy story-telling about Romania and has a daughter she hopes will have the same enthusiasm for vampires when she grows up that her mommy does.

Shannon has a Bachelor's degree in Creative Writing from the University of Central Florida as well as an online degree in vampirology. She loves writing about vampires, romance, food and drink, as well as travel. She is a full-time writer and currently hard at work on her next novel.

You can also choose to sign up for my newsletter at any time at shannonwritesandblogs.com/newsletter. It's a way to find out about upcoming books, contests, & more!
Posted by Unknown at 4:57 AM