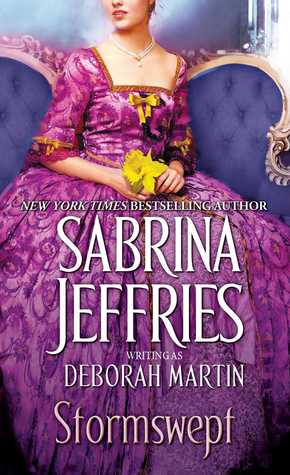 The first wedding night that Lady Juliana St. Albans spent with the dark and daring Rhys Vaughan was intoxicating, the heady culmination of her new husband’s driving hunger and her own awakened sensuality. When he mysteriously disappeared the next morning, she waited for him in hope and desperation. And when he was finally proclaimed dead in a shipwreck, she bitterly mourned the loss of her love.

The second wedding night that Juliana spent with Rhys Vaughan was six years later, after he returned to claim her just as she was about to wed another. This Rhys was different—bolder, harder, and convinced that she’d betrayed him. Only their blazing passion remains from their years apart. But is it enough to light their way through the maze of mystery, menace, and mistrust—to the love they once shared and would have to find again?

I enjoyed this book, it kept my interest. However I was annoyed with Juliana at the beginning.
I am so over the heroines in Historical Romances being dumb, their innocence being that of a child not of an adult.
However, as the story went on, Juliana grew up and changed.
Rhys, well he was an ass, but at the same time..... very hard to describe. He accused Juliana of being fickle, yet I felt that was a good description of him.
Its sad that no matter what, Rhys believes the worst of Juliana but claims how much he loves her. Yet if someone else tells him the truth about an event, he believes them. Even if its the exact same thing Juliana just told him.
I liked the book, yet I was frustrated through most of it. Love/hate, lol

*I received my copy from Netgalley in exchange for an honest review.