Blog Tour: Fighting for You by Megan Noelle 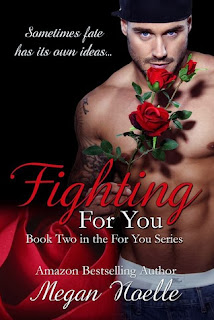 When love became too much for Danielle Hamilton, she did what she does best—she ran. Now, three months later Dani realized the mistake she made. A lot can change though, in a short amount of time and now there’s an unavoidably factor in her life that will change everything. Will Dani be able to save the only good she’s ever known? Can she fight for the love she wants—or is it just too little too late?

Corey has spent the last several months missing the only woman he’s ever wanted, but things aren’t about to get any easier. When demons from Corey’s past rise to the surface, he is put in the middle of something he thought was laid to rest. When drugs, money and an ex that wants to stir up trouble—returns to the picture—

Corey will be left fighting for his life. Will he be able to protect the only person he loves from a dangerous world she knows nothing about? Or will his past claim his life and inevitably…His heart.

Sometimes fate has its own ideas but will that be the end for Corey and Dani? Or will their fight for love prevail?

I am Megan Noelle and “Fighting For You” is my second novel that I will publish but not the first I’ve written.  I have been writing since I was old enough to hold a pen and finally pursued my dream of becoming a novelist.  Writing is my passion and I am all for following one’s passions! One of my other passions is being a mom of my adorable daughter Peyton.  She has just hit the terrible twos and boy…what a joy!  When I’m not writing I’m a stay at home mom and a full time student in the typical major of “Undecided.”  All I know is if I can write, be with my daughter and my family—I will be happy!
5 Random Things You Don’t Know About Me!
1. Peanut Butter M&Ms and a Diet Coke is my favorite treat—ever.
2. I would someday love to write a book that Tim Burton wants to make into a movie!
3. I have a ridiculous addiction to Bride shows.
4. I have a terrible habit of wanting to dye my hair—every month.
5. I can listen to the same song on repeat dozens of time in a row and still not be sick of it.

Corey
A three hour drive away from my girl was the last fucking thing I wanted.  There I was, lying on the couch with everything I ever wanted wrapped up in my arms and yet, now I’m here.  I tried to be as vague as I could when I left Dani but I could see it right there in her eyes.  The very trust I busted my ass to gain was now in jeopardy.  If I could have told her exactly where I was going and what I was doing there and why—I would have.  Except, I had a feeling nothing about the truth would have made her feel better.
When I was ten minutes away from my destination I shut my phone off and slipped it into my back pocket.  I hated being cut off from Dani but it was necessary.  Years ago when I began funding multiple bar launches it wasn’t the Underground I spent my time at.  My home back then was Lion’s Den and now…it was hell.  Three hours away from the life I wanted only to return to the one I wanted no part of.
I parked my car and sighed, letting my forehead fall to the steering wheel.  Why couldn’t the past stay in the past?  I climbed out of the car and took the outside steps two at a time to the door at the top of the steps.  I didn’t bother using a key; I knew it would be unlocked.
The horrible sound of 90’s Slow Jams hit me first, quickly followed by the terrible combination of excessive perfume and dozens of candles.  I silently cursed my youthful stupidity and made my way through the house until I approached the open door leading into the bedroom.  I knew that’s where she’d be.
Lying there on her stomach, legs twisted together in the air wearing black lingerie that would tempt any man, hugging her hips, thighs and her big fake tits.  Her long hair curled down to brush the top of the deep purple silk sheets she no doubt spent a fortune on.  Her thick pink lips curled up in a wicked smile and she fluttered her heavily coated eyelashes at me.
“Welcome home, honey.” 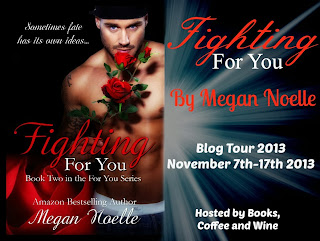