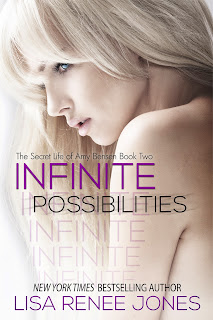 
Secrets and lies. They are everywhere: haunting her, tormenting her. In the midst of it all, he’d been her escape, her passion. The only person she’d trusted in six years. And then he’d made her doubt that trust, cutting her deeply. But as she’d once told him, she was damaged, not broken. She is ready to fight and not just for survival. She is fighting for the truth and she won’t stop until she has it, not even for…him

Excerpt 1
His finger touches my cheek, then caresses slowly downward to my neck, and I feel the barely there touch everywhere, inside and out. Goosebumps lift on my skin, and I, and embarrassingly, I almost moan when he drags his finger over my breast and nipple. He drops his hand and I shiver with the delicate teasing sensations that linger where he’s touched, where he has not touched. He leans in closer, careful not to press his body to mine when that is exactly what I burn for, then lightly, so very lightly, brushes his lips over mine. A breath later, he is gone, leaving me gasping as he disappears behind me and it is all I can do not to turn to watch him.

New York Times and USA Today Bestselling author Lisa Renee Jones is the author of the highly acclaimed INSIDE OUT TRILOGY which has sold to more than ten countries for translation with negotiations in process for more, and has now been optioned by STARZ Network for a cable television show, to be produced by Suzanne Todd (Alice in Wonderland).
Since beginning her publishing career in 2007, Lisa has published more than 30 books with publishers such as Simon and Schuster, Avon, Kensington, Harlequin, NAL, Berkley and Elloras Cave, as well as crafting a successful indie career. Booklist says that Jones suspense truly sizzles with an energy similar to FBI tales with a paranormal twist by Julie Garwood or Suzanne Brockmann.
Prior to publishing, Lisa owned multi-state staffing agency that was recognized many times by The Austin Business Journal and also praised by Dallas Women Magazine. In 1998 LRJ was listed as the #7 growing women owned business in Entrepreneur Magazine.
Lisa loves to hear from her readers. You can reach her through her website and she is active on twitter and facebook daily.