Blog Tour & Giveaway for Leap of Faith by Michele Shriver 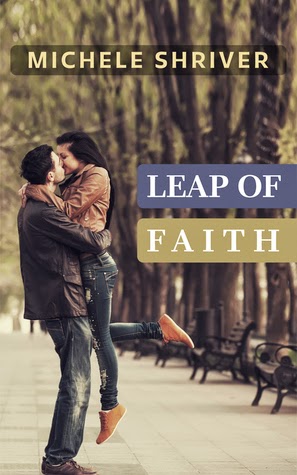 Single mother Tracey Hiatt prides herself on having a close relationship with her daughter- the kind of relationship she’s always wanted, but never had, with her own mother.
When her mother suffers a debilitating illness and faces a lengthy recovery, family takes on a whole new meaning for Tracey as she finds herself pulled back to her ex, Steve Eldridge. There’s only one problem: he’s involved with someone else.
Steve is drawn back into Tracey’s family drama and after her mother awakens from a coma believing he and Tracey are married, the two are forced to confront some fundamental questions about their relationship.
Can they put past hurts behind them and take a leap of faith into a new future together?

OMG, this was such a great book!! Once I started it this morning I couldn't put it down till the end. If you love to read books about getting a second chance at love then this is the book for you.

To me, the synopsis says it all but I loved seeing the story play out between Tracey and Steve. When you learn the details of what really happened the night she ended it your jaw will drop but it didn't surprise me one bit.

After all the hurt and pain that they have both been thru, will they be able to put past hurts behind them and take a leap of faith into a new future together?

Other than 1 or 2 people, the secondary characters are great!! I noticed that while this book is a standalone that Tracey and some of her friends also are in other books by Mrs. Shriver. This is my first read by this author but it def won't be my last. I need to go back to the beginning and read about Tracey, Beth, Jordan and Sarah.

Go one click this book now...you will not regret it!!
5 Awesome Snowflakes from me!! 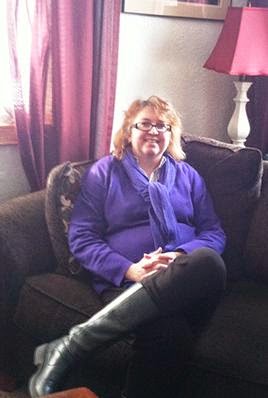 I caught the writing bug in sixth grade, when I threatened to write a whole book after a class assignment to write the first chapter. I never finished that book, but the desire to create stories never left.

When I'm not giving life to the voices inside my head, I can probably be found watching a hockey or football game on TV, hoping one day the Dallas Stars will win another Stanley Cup and the Denver Broncos will win another Superbowl. (Hey, it might happen!)  Either that or I'm busy with my day job as a juvenile court attorney, a position that never ceases to provide new material for my books!