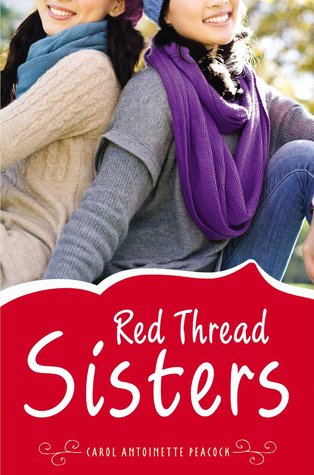 A poignant and compelling story of friendship, family, and love

Wen has spent the first eleven years of her life at an orphanage in rural China, and the only person she would call family is her best friend, Shu Ling. When Wen is adopted by an American couple, she struggles to adjust to every part of her new life: having access to all the food and clothes she could want, going to school, being someone's daughter. But the hardest part of all is knowing that Shu Ling remains back at the orphanage, alone. Wen knows that her best friend deserves a family and a future, too. But finding a home for Shu Ling isn't easy, and time is running out . . .

This book was very good. I liked how it told the back stories of the two main characters. Also I liked how the orphange was in China and how the moved to the United States. I thought it was cool how in the orphnage the kids learned to speak some English. Anther thing I liked about this book was how the two main girls in the story had a bond with each other. ONe more thing i would like to add is that at the back of the book were websites were you could go to to see the kids in China.

Posted by Alisa Jenkins at 6:00 AM

Email ThisBlogThis!Share to TwitterShare to FacebookShare to Pinterest
Labels: Erica, review, YA