Once upon a time, that’s how most of these stories start. But this isn’t one of those stories… Sure, it has the heroine and the hero but they’re not as you would expect them. Both of them have a bloodlust, one different from the other.

Quill was born and raised as a cold killer who takes enjoyment from the kill. Nero is the son of a Viking and a 1500-year-old vampire whose never been denied his pleasures before.

Until he meets Quill. He forces her to exchange her life for Rose’s, his indentured servant and Quill’s little sister. Drawn by her fearlessness and strength he has to have her but such a woman cannot be possessed. Both must learn to give up their carefully afforded control to let the other in. Only then may they have their happily forever after.

Sink your teeth into this dystopic re-telling of Beauty and the Beast and satiate your booklust.

“I thought I might choke and die on your blood, but because I’ve already ingested some I would come back to life… like you.” She looked up at, her eyes wide with the panic that had gripped her before looking down at her feet again and taking a deep breath. She hated feeling vulnerable in front of him like this. But most importantly she hated not having all the answers like he seemingly did.
“The process is a little more complicated than that, but you would be temporarily held in a state between beings until I decided to claim you.”
“And would you have?” She looked up, her voice quiet as she spoke. There was an underlying fear in her question. A part of her was repulsed by the idea and yet the rest of her longed to know he would have her. She needed to know he would keep her even if she weren't the feisty human woman he claimed he was so intrigued by. When had she decided that his opinion of her was that important? When had she decided at all to allow a man to determine her fate?
Nero looked back at her unflinchingly as he moved closer to her, reaching out and tracing her lips gently before bringing his hand up along her jaw toward her ear. His fingers toyed with the hair tucked behind her ear before he shook his head at her.
“I would have to, I’m afraid to admit.”
She stared back at him in surprise, unsure of what she was supposed to say. She was far too distracted by his lingering fingers and how they gently caressed her skin, moving along it and forcing it to blossom into gooseflesh.
Bringing herself back to the moment she swallowed hard, forcing some kind of sound from her lungs, “why?”
“Because you have enraptured me in the most illogical way. Never before has a human woman been able to hold my attention for so long. Something about you calls to me like a familiar lullaby I once knew.” He paused, seeming to gather his thoughts. “My life will last forever but trifling with a mortal can feel like an eternity in hell. Humans by nature are far too slow, uncultured, undomesticated and someone my age doesn’t have the time to break something like that. But then I met you… You, curious you, who fights back, who questions me, who doesn’t want me in the way all women who have ever looked at me have. I don’t understand it, but I want to and worst of all I want you in a way I have never wanted anyone. I don’t need others, but I need you. I feel myself longing for it and whether it would be against your will or not I would change you because I cannot live without you.”
“One day you will have to.” She whispered quietly, staring at him with a bewilderment he had grown so accustomed to.
“Not today.” He whispered back, his voice much lower than hers as he leaned in and caught her lips with his. It was a bruising kiss that she felt all the way down into her toes. It ached in a way that touched her heart and soul. She felt it flow through all her veins and consume her like a fire. 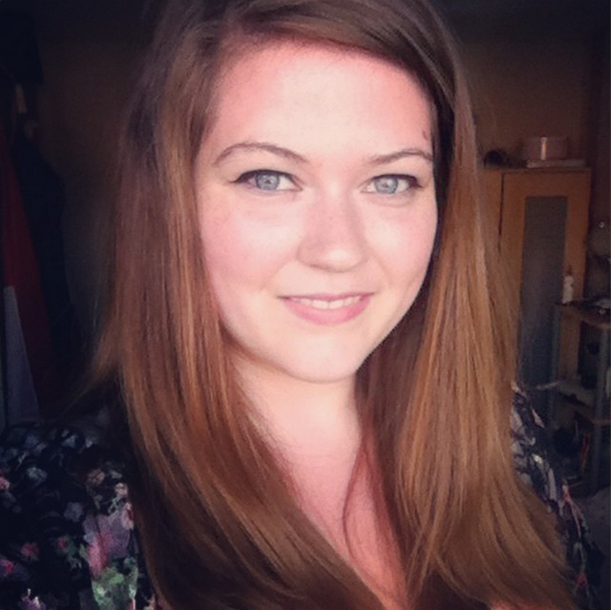 Kyleigh Castronaro is the author of the debut series Grace of Gods. She is a self-published author who tackles many of her projects entirely on her own. She designed the cover of her first novel, self-edited and prepared all formats of the book for publication. Originally from Milton, Ontario, she currently lives in Nottingham, England with her husband and their adorable miniature dachshund Hera.

When not writing Kyleigh enjoys spiritual development, crafting, travelling, spending time in nature, going to the movies, cooking and baking (and then eating), working on self-improvement and spending time with friends and family.