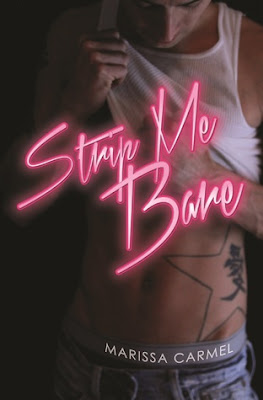 may have had more lovers than you, and I may take my clothes off for countless women, but you are the only one who can strip me bare.

Do you ever stop loving someone just because they’re gone?

Five years ago, Ryan Pierce disappeared from Alana Remington’s life without leaving so much as a post-it note behind. He was the one she gave her heart to, her soul to and her virginity to. So imagine her surprise when she finds him dancing at one of NYC’s hottest male reviews as Jack the Stripper.

Ryan never stopped loving Alana, and now that she serendipitously dropped back into his life, he’s vowed never to lose her again. But being together has its costs, and challenges Alana isn’t sure she can handle. She finally has Ryan back; but how in the world is she supposed to share the love of her life with half of the women in New York City?

Not too bad of a story line though Alana is one of those LL's that you wanna shake around a little bit. I liked the book but was confused as to why Ryan felt the need to take the heat for his brother and feel like he's responsible for him. There is some major dysfunction in both Alana and Ryan's families which makes them feel more real but then they way everything is explained away and accepted is complete 'storyville' . It wasn't a turn off for me, I continued to read their love story till the end. Decent book but with all fictional love stories it's fiction so you can't read it then be mad cause the LL doesn't act like you would or you think she should.