Wedding Night With the Earl by Amelia Grey 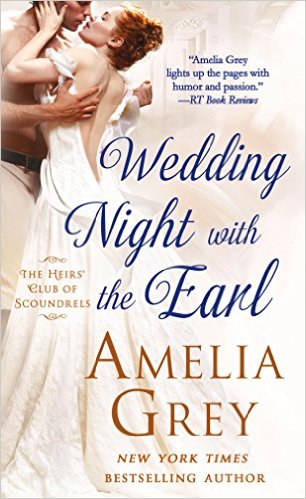 HE THINKS LOVE IS MUCH ADO.
Adam Greyhawke is through with marriage. After losing his wife at a young age, he’s more interested in carousing and gambling at the Heirs’ Club than taking another trip to the altar. When his obligations as the Earl of Greyhawke thrust him into the heart of Society, he dreads the boredom that only a London ballroom can inspire in a roguish scoundrel. That is, until he meets a bewitching young woman who captures his curiosity—and reminds him just how delicious desire can be.

IS SHE READY TO SAY I DO?
Miss Katharine Wright is accustomed to men interested only in her generous dowry. Adam’s attraction is far more powerful—he tests her wits and her courage at every turn, until she finds herself longing to fulfill an everlasting passion she never imagined was possible. But the breathtakingly handsome nobleman is as stubborn as he is scandalous, and Katharine must be the one to convince him that real love is worth any risk…in Wedding Night with the Earl by New York Times bestselling author Amelia Grey. 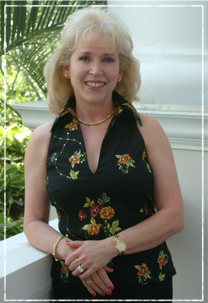 New York Times and USA Today bestselling author Amelia Grey read her first romance book when she was thirteen. She's been a devoted reader of love stories ever since.Amelia has been happily married to her high school sweetheart for over thirty-five years and she lives on the beautiful gulf coast of Northwest Florida.With more than twenty-five books published, she is a two-time winner of the prestigious Booksellers Best Award. She's also won the Aspen Gold, and the Golden Quill Awards. Writing as Gloria Dale Skinner, she won the coveted Romantic Times Award for Love and Laughter and the Maggie Award. Amelia's books have been published in Europe, Indonesia, Turkey, Russia, and Japan.Several of her books have been featured in Doubleday and Rhapsody Book Clubs.You can follow Amelia on Facebook at www.facebook.com/AmeliaGreyBooks or email her at AmeliaGrey@comcast.net to be added to her newsletter and contest list.