About Framed and Frosted 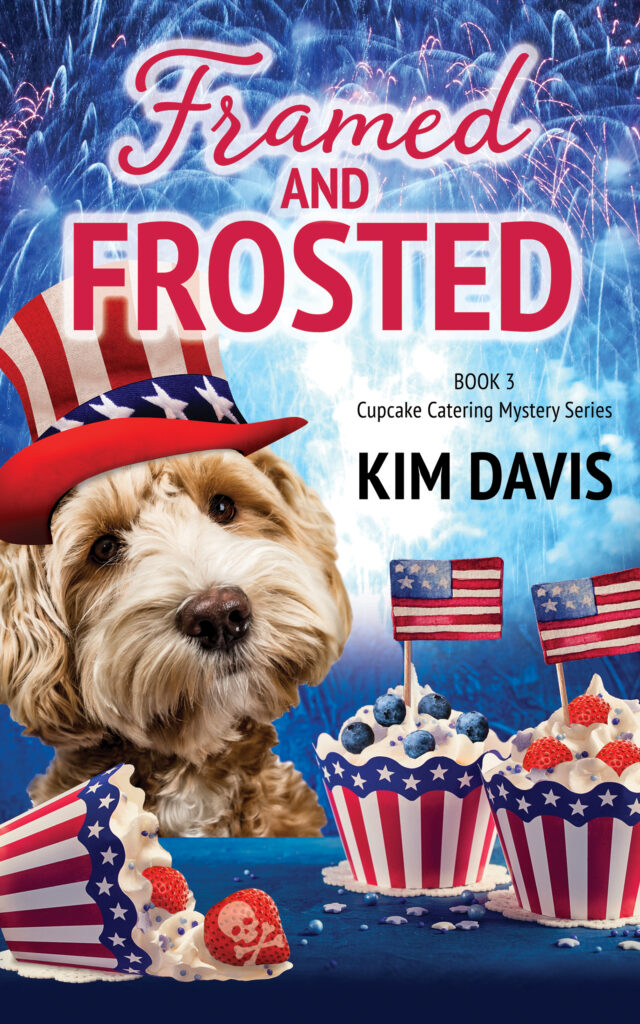 Framed and Frosted, the third book in the Cupcake Catering Mystery series, finds cupcake caterer, Emory Martinez, working at a Laguna Beach society Fourth of July soiree, with her sister and their new employee, Sal. With a host that seems intent on accosting both catering employees and guests alike, things go from bad to worse when he accuses Sal of murdering his long-dead son.

As the crescendo of exploding fireworks overhead becomes the backdrop for cupcakes and champagne, a deadly murder occurs. Can Sal and Emory explain why the cupcake the host ate, after shoving a trayful of buttercream frosted cupcakes onto Sal, resulted in his death? Or will the guests and detective alike believe that Sal is a murderer? Emory and her octogenarian employer, Tillie, whip into action to find out who framed Sal after being frosted by the victim.

Kim Davis lives in Southern California with her husband. When she's not spending time with her granddaughters she can be found either writing stories or working on her blog, Cinnamon, Sugar, and a Little Bit of Murder or in the kitchen baking up yummy treats. She has published the suspense novel, A GAME OF DECEIT, and cozy mystery, SPRINKLES OF SUSPICION and CAKE POPPED OFF. She also has had several children’s articles published in Cricket, Nature Friend, Skipping Stones, and the Seed of Truth magazines. Kim Davis is a member of Mystery Writers of America and Sisters in Crime.