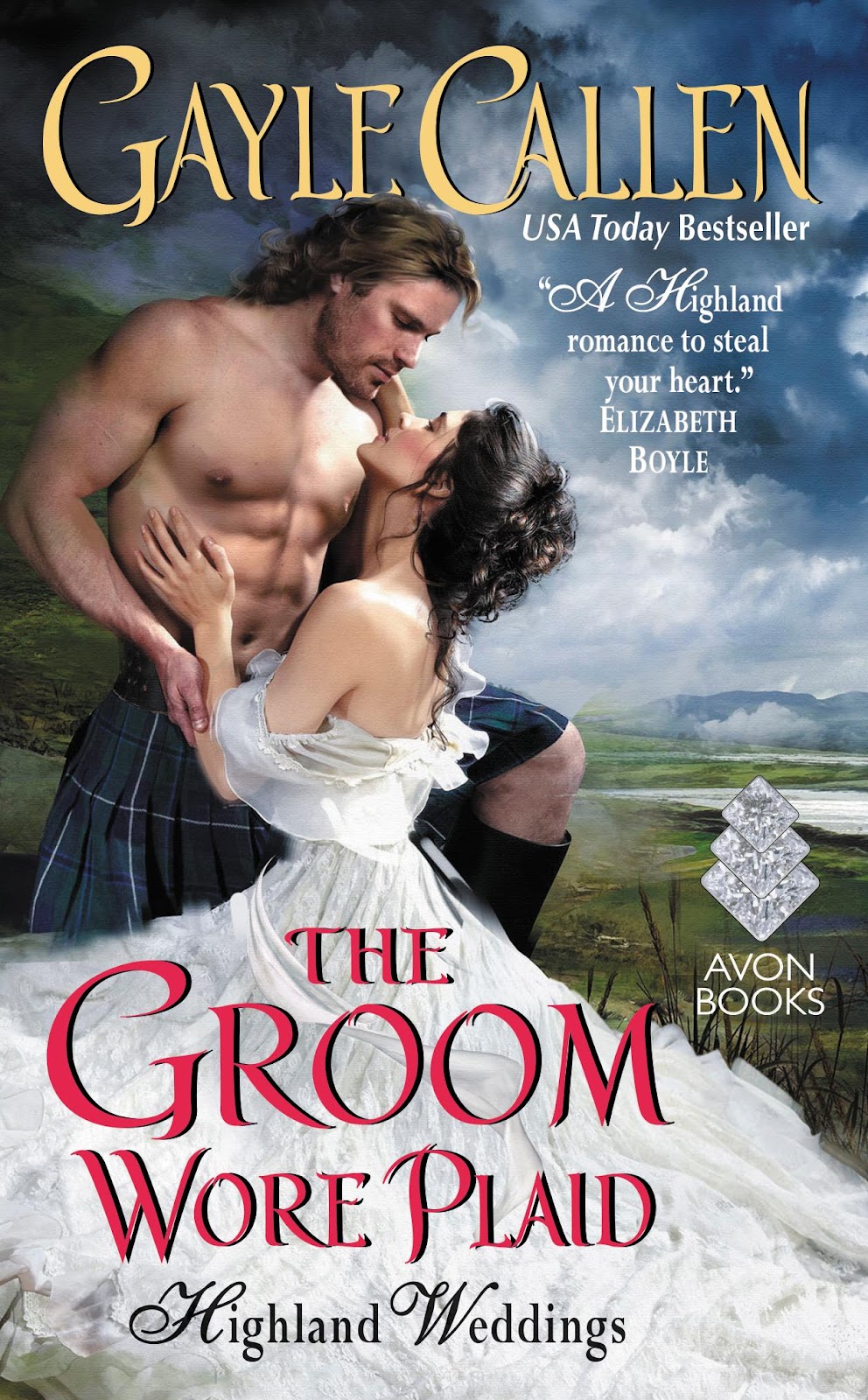 Maggie McCallum’s dreams about her new fiancé aren’t the romantic sort. It’s not just that she was bartered to Owen Duff like a piece of property to end a clan feud. She’s also haunted by premonitions of his death on their upcoming wedding day. Yet the exasperating Highlander won’t let her call it off, even though his life and his clan are both in jeopardy.

Owen has wanted Maggie in his bed since he first glimpsed her years ago. If their union restores peace between their clans, so much the better. But while lusting after another chief’s sister had its risks, growing to trust Maggie is far more dangerous. Owen is falling deeply in love with the one woman he cannot hope to claim…and survive.

After a detour through fitness instructing and computer programming, GAYLE CALLEN found the life she’d always dreamed of as a romance writer. This USA Today bestselling author has written more than twenty historical romances for Avon Books, and her novels have won the Holt Medallion, the Laurel Wreath Award, the Booksellers’ Best Award, and been translated into eleven different languages. The mother of three grown children, an avid crafter, singer, and outdoor enthusiast, Gayle lives in Central New York with her dog Uma and her husband, Jim the Romance Hero. She also writes contemporary romances as Emma Cane.
Visit her website at www.gaylecallen.com.

Two weeks passed, and Maggie never saw Owen on the stairs again. He lived in the same building, but he might has well have been in London. At another assembly, she saw him dancing, but not with the redhead from her dreams. Maggie prayed that she’d been mistaken, that no one would die.
He never looked her way. And the anger she’d kept buried finally rose up, and it took everything in her to remain calm. She hadn’t deserved any of his treatment of her.
And then she heard the gossip at the dressmaker’s shop before any announcement made the newspaper. Lady Emily Douglas had been boating with her family and drowned in the firth.