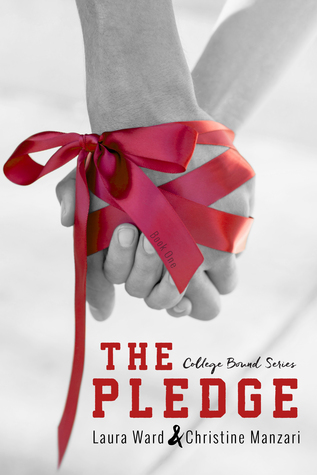 Taren needs a do-over. She’s decided the best way to put the high school bullies behind her is to pledge a Taylor-Swift-lip-syncing, beer-guzzling, sorority. Sisterhood helps Taren find the acceptance she’s always craved, but not the love she needs.

Alec wants freedom. To escape his father’s iron fist and unrealistic expectations, he pledges a campus acrobatics club where he finds that drugs and alcohol aren't the only ways to get high. His addiction to danger helps him gain his independence, but it comes at a heavy price.

When the two cross paths, Alec fears his undeniable attraction to the party girl just might threaten everything he's worked so hard to earn. Taren hasn’t forgotten that Alec humiliated her back in high school, but she also can't deny the chemistry they share.

Alec and Taren have nothing in common, but fate is bound and determined to bring them together. They know falling in love is a risk, and yet it’s too hard to ignore. When their worlds clash and they both end up suffering, will they fight to stay together? Or are some pledges too hard to keep? 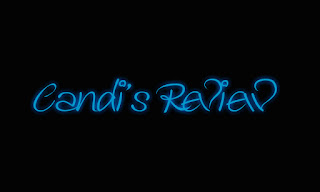 This past weekend at the #RAI2016 (Roanoke Author Invasion) I had the pleasure of meeting Laura Ward. Although I had already purchased "Not Yet" on my kindle, I had never read it!! (totally kicking myself now) At the signing she had Not Yet, The Pledge and Past Heaven sitting out on the table.....All three looked amazing but I decided to purchase Not Yet while my friend purchased Past Heaven. That evening I started Not Yet and completely devoured it!!! Could not put it down not even to sleep!! After I finished and wrote my review I decided to one click "The Pledge" since it sounded amazing as well.........Holy Moly.....how have I not read these books already?!?!?! I LOVED it!!!

What I didn't realize was that not only did Laura write it she wrote it with Christine Manzari. I have yet to read any of her books as well but now I am also equally as hooked and excited to say I have two brand new authors to add to my love list and must read books!! While trying to decide which book I wanted to buy at the #RAI2016 Christine was sitting beside Laura. She knew I was struggling to choose which one and asked me what was some of my favorite reads.......totally hard question because there are so many, but now I wish I would have known her before the event so I could have had a total fan girl moment over her as well, haha. Trust me, next year at the #RAI2017 I will be totally prepared!!!!

Ok, so what this review is suppose to really be about lol.......

From page one I was hooked....High school was never easy for Taren. She never had any friends and was bullied. The one person she fell for in high school that she thought was different was Alec....but one night and one event changes everything for them. An event that has haunted Alec since the day it happened.

College life is a way for them both to start all over....Taren starts to become more confident and begins to make friends while Alec is happy to finally be out from underneath his fathers demands and expectations. When the two bump into each other over and over again on campus will they finally learn that everything they thought was wrong? Will they be able to move on and forgive each other and will they finally realize that they were always meant to be more than friends?

I loved that with this book you get alternate POV's. I love getting into each of the characters heads and seeing where they are at and how they each feel. There is several times you want to shake them both but once they finally wake up and finally put the past behind them....boyyyy do they leave your kindle smoking!!!!!

The secondary characters in this book are equally as amazing and I hope that sometime in the future they will get a book of their own as well. Caz was a hoot!! It will def take a special lady for him (I could def see Julie being her bc she is equally as crazy) Even Jon needs his own book bc when things were really bad there for a bit the way he treated Taren had me loving him as well. William was so sweet, I kind of had a feeling he played in more than we realized and by the end your heart will be completely melted (if it isn't already) I can't wait for Alexis and Liam's story....that little snippet at the end has me already wishing it was out!!!

Amazing job Laura and Christine.....you two are brilliant and I can't wait for more. The two of you should def collaborate more in the future!!! Can't wait to see you both next year at the #RAI2017 but be prepared.....I will prob be your new stalker haha

Posted by Alisa Jenkins at 7:08 AM