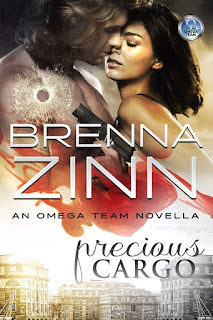 Master Sergeant Duke Gunnison sucks at retirement. He has no intention of turning in his combat boots for golf shoes. His former life in Special Ops, where he protected innocents and fought dangerous enemies, provided the rush he continually craved. Without the constant missions to feed his adrenaline addiction, he’s lost his sense of purpose and he struggles to find meaning in his new life—until he gets a life changing phone call.

Grey Holden, a founder of the prestigious private security agency The Omega Team, offers Duke a chance at a second life doing what he was born to do—a special op to safeguard the daughter of an important Ukrainian diplomat. But Mila Bartosh is not only a special envoy’s daughter, sent to accompany her father as he negotiates the removal of troops in eastern Ukraine. She’s on a secret mission of her own—to exact revenge on a powerful Russian mob boss, guilty of unspeakable crimes.

Mila is determined to help protect her father and accomplish her treacherous undertaking at all costs. But as her tasks become more complex, she unexpectedly reunites with the man who stole her heart and then vanished into the night, never to be heard from again, until now. Her love’em and leave’em paramour is none other than her new American Bodyguard Duke Gunnison. With innocent lives on the line, can she carry out her missions while avenging her broken heart? 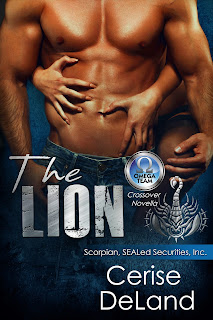 Mike Lyons’ pride was his success as a SEAL. Focused, driven, he put duty first…until an IED changed all that. Rebecca Tierney was the woman he always left behind…until he had to protect her from creeps who would rob her of her life.

THE LION, OMEGA TEAM, Crossover to Scorpian, SEALed Securities, Inc.
Former SEAL Mike Lyons goes to work locking down bad dudes, State-side, for the Omega Team. His PTSD is his biggest enemy but he’s doing an A1 job….
Until Grey Holden of Omega assigns him to protect the woman Mike has always left behind.  Mike’s on point for the mission but questions if Rebecca Tierney will give him a crack at a happily-ever-after.
Becka nixed hope for any long-term relationship with Mike long ago. Too bad she’s never been able to nix her love for him. When he shows up and carries her away Tarzan-style, she’s determined to chill.
But old habits die hard.
Even though mixing business with pleasure would be the worst thing they could do.
Mike Lyons’ pride was his success as a SEAL. Focused, driven, he put duty first…until an IED changed all that. Rebecca Tierney was the woman he always left behind…until he had to protect her from creeps who would rob her of her life. 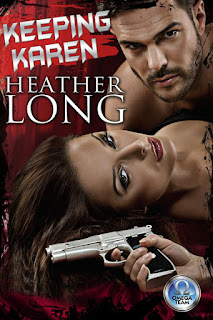 IT Specialist Karen Harkness didn’t realize the depth of the conspiracy she uncovered until someone blew up her car. When the police want her in protective custody, it shoves her in the path of U.S. Marshal Ethan James—the first man she ever loved.

Ethan James has been considering a change of employment, so he isn’t adverse to the potential job offer from the Omega Team. When he’s called in on the case of Karen Harkness, however—the girl who got away—he won’t let anything stop him from keeping her safe. 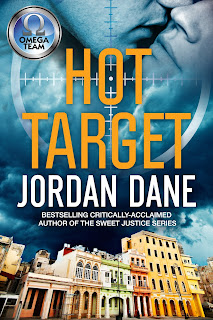 When Rafael reaches out to his sister for a job, Athena Madero—a founding member of the private security agency, the Omega Team—can’t help but be protective of her younger half brother. After a tragic hostage rescue and its aftermath, Rafael Madero turned into a solitary loner, only surfacing to fulfill his duties as team leader for an elite SWAT sniper unit with the Chicago Police. Athena decides to fast track his application by vetting him on the job—a mission to Havana Cuba to investigate a cold case murder.
But when the old murder is linked to the shadowy death of a powerful drug cartel leader, Rafael is burdened by a terrible secret from his past—and an unrelenting death wish—that puts him at dangerous odds with Athena and her team. He believes he’s beyond saving, but that doesn’t stop Jacquie Lyles from trying.
Jacquie sees something in Athena’s mysterious brother that touches her heart. Chivalrous and brave, Rafael is as rare as a unicorn in her life as techno computer geek and white hat hacker for the Omega Team. After she joins the team on its mission to Cuba, she uncovers Rafael’s shocking burden and it breaks her heart.
Rafael stands in the crosshairs of a vicious drug cartel—powerless to stop his fate—and his secret could put Athena and her team in the middle of a drug war. 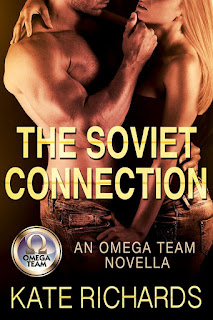 When Carson Ames is assigned by The Omega Team to investigate the mysterious death of a Senator's son, his assignment takes him to a small island in the Bahamas currently in the grip of Hurricane Annika, which is rapidly becoming the storm of this century.
Sophia has bad luck with boyfriends. They have a tendency to have accidents and the last guy she spent time alone with has ended up dead. Ruled a suicide. His Senator father wants to know what happened but is afraid bad publicity could affect his campaign for president and wants things handled without too much fanfare.
When his number one suspect turns out to be a familiar face, Carson is stuck between a beautiful blonde and his duty. If he makes the wrong choice, someone else might die.
Tagline:


Before the Bang Shift - Mandy Harbin 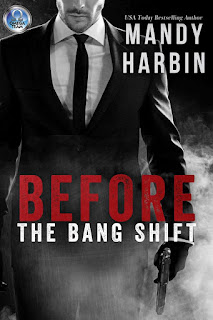 Bryn Chambers is on the run. Not from the police, but from her old mafia boss and his cronies. Within weeks of starting her job for Marco Collins, she learned he was dirty, but what could she do? She had no choice but to keep working as his son’s nanny and not cause any waves. And she did just that … until Marco’s wife asked her to help the FBI with their case against him. She’d been pitted between her two employers, husband and wife. She could do the right thing and maybe be free again. There was a slim chance of winning, but it was a chance she had to take if she wanted to get out. But as her luck would have it, the plan failed, so she does the only thing she can. Run.

George “Oz” Osborne leads the Orion Team, so when Grey reached out to him to take on an assignment as a personal favor for Omega Team, Oz gathered his guys and dove right in. Only he couldn’t be as up front with them about why they were on this mission. They weren’t set out to bring Bryn Chambers into protective custody, oh no. His team was tasked to bring in Marco Collins’ number one hitman, The Shadow. And with one hot little nanny on the run she made the perfect bait to lure in a madman.

Bryn can’t stop looking over her shoulder, and Oz quickly finds himself wanting her in ways that could compromise everything … most importantly? Her life. 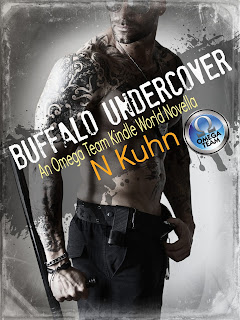 Candace Banchetti is trying to figure out if she can make a relationship work with Dominic Bartel, the undercover FBI agent she met during the Sirocco case. She wants to take her time to assimilate back to being a part of the precinct, after months of undercover work right out of the Academy. She's had enough pretending to be someone else. That is until Omega Team comes in and hires her and Dominic to help take down a sex trafficking ring.
How can she say no when so many girl’s lives hang in the balance? Thrust back into undercover work, Candace and Dom play their roles perfectly, but is it enough to keep Candace safe? Can they save the girls and take down the trafficking ring? 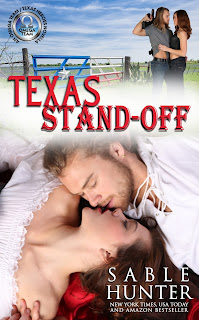 A stand-off is defined as a heated situation between two equally matched opponents – which perfectly describes the sizzling sexual tension between former SEAL Deacon Jones and the woman his boss asks him to evaluate. Deacon is not happy with the situation, but he’s given his word to his friend, Grey Holden, and he’ll do it – even if it kills him. She shows up at his reclusive home on the Pedernales River, deep in the heart of the Texas Hill Country, eager to prove she has what it takes to be part of the Omega Team. Having lost a female member of his unit while in Afghanistan, Deacon holds himself accountable and has no wish to be responsible for sending another woman into harms’ way.
But she’s good… he can’t deny it – she may even be better than he is.
Everything about her turns him on – from her hot sexy body to her super-spy skills. But Deacon doesn’t intend to get involved. He’s given up on women since his wife left him after he lost a leg to an IED.
Natasha Levin has another take on the situation. She’s never met anyone like Deacon Jones and she wants to learn everything he can teach her – from the firing range to the bedroom.
Both have scars they try to hide, he was injured serving his country and she was tortured by her father’s enemies after the former Russian general defected to America. What happens when an irresistible force goes head to head with an immovable object? They’ll find out when they are called upon to work together to save a child being held hostage in a rancher’s dispute with the federal government over land rights. One thing for certain – there will be fireworks…and lots and lots of sex. 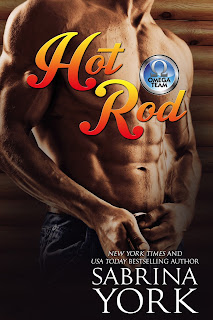 A standard witness protection mission goes wrong, thrusting Matt Devereaux and his target, a wise-cracking hooker named Vixen LaFleur, into a fight for their lives. But flying bullets and lurking villains are not nearly as dangerous as risking the heart. Against his will, Matt is attracted to the dauntless, exasperating woman he’s supposed to be protecting, but she is harboring a secret. One that could heal his wounded soul, or crush it. 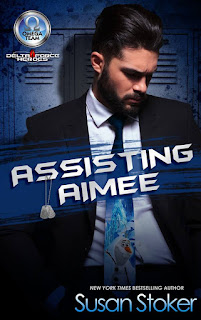 Aimee O’Brien has harbored a not-so-little crush on her school’s new first-grade teacher since the beginning of the year. Tall, muscled, with long hair and a beard, and a penchant for wearing silly ties to amuse his students…the man is too gorgeous for words. As the PE teacher, Aimee’s wardrobe consists of casual gym clothing not likely to catch anyone’s eye. So no one is more surprised than her when Tony makes his interest clear.

Tony Santoro’s time in the military directly influenced his new choice of career—and his choice in women. He’s looking for someone of substance, and Aimee has far more to offer than just her adorably disheveled look. He can’t wait to see what’s hiding under those sweatpants and tees—but he might have missed his chance. The very day he finally works up the nerve to ask Aimee out, is the day unspeakable violence explodes in the school.

Trapped in the gym, Aimee and Tony will have to work together to get out with their lives…and the lives of the dozens of students trapped with them.

Author Note: In this story, Aimee and Tony deal with a threat that’s all-too-real in today’s society; the subject matter may be too sensitive for some readers.