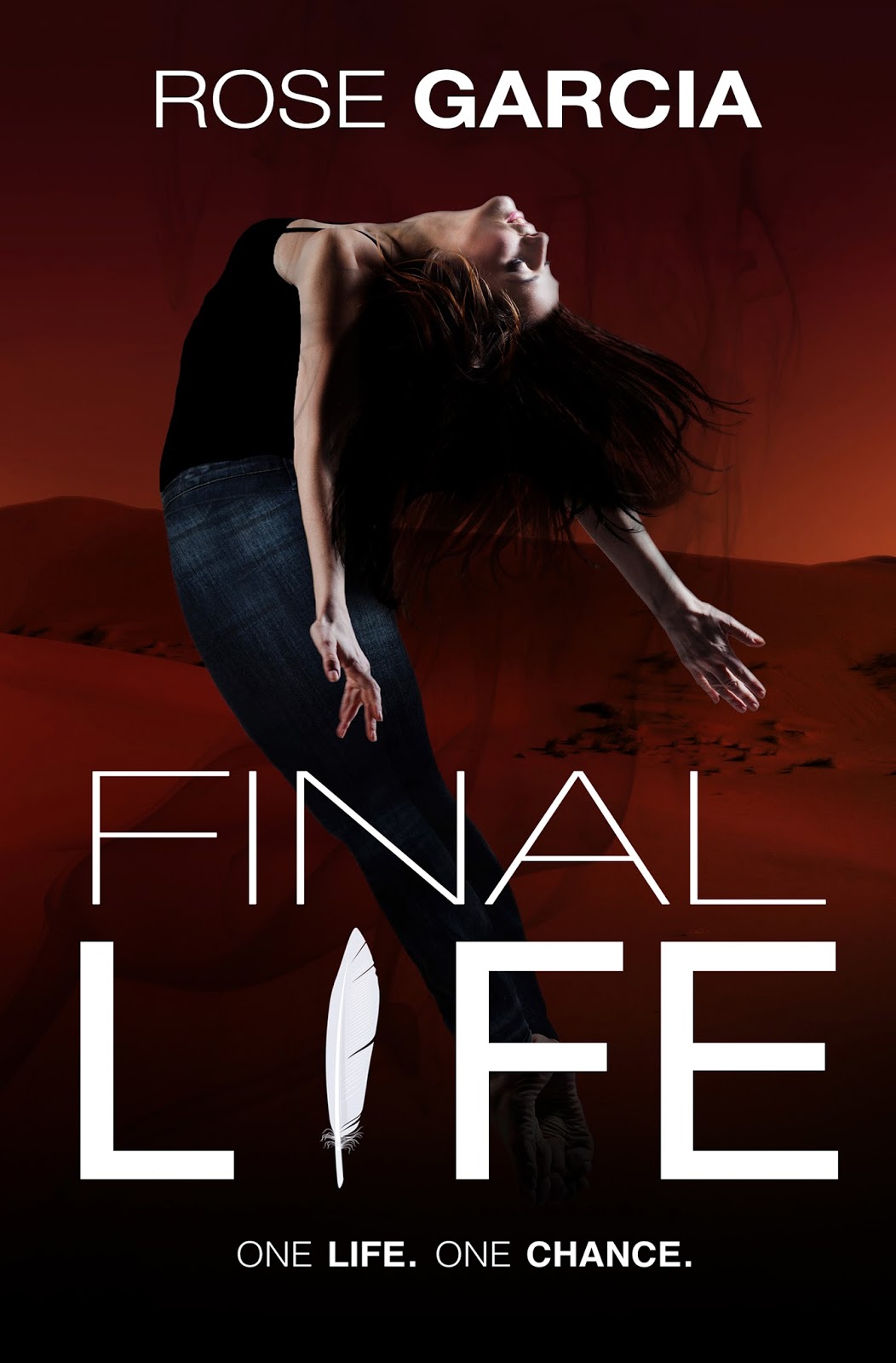 Nothing sucks more than being forced to move cross country during senior year. And Dominique Wells doesn't think things can get any worse until she's invited to a quirky neighbor's party. When pressured into playing a magical card game, Dominique's world goes from sucky to terrifying. She begins having visions of a red desert and an evil presence--a presence who hints at past lives and promises to kill her. Plagued by fear and suspicion, and unaware of a family secret kept hidden from her, Dominique is determined to live. Together with a mysterious and gorgeous guy who's moved in while his parents are away, and a hot, popular guy from school, Dominique must seek clues to her past if she's to survive. That, and keep her emotions in check for the two guys she suddenly can't stop thinking about because if she doesn't, she'll be dead. For real.

Rose Garcia is a lawyer turned writer who's always been fascinated by science fiction and fantasy. From a very young age, she often had her nose buried in books about other-worlds, fantastical creatures, and life and death situations. More recently she's been intrigued by a blend of science fiction and reality, and the idea that some supernatural events are, indeed, very real. Fueled by her imagination, she created The Transhuman Chronicles--a series of books about people who have overcome human limitations.

Rose lives in Houston with her husband and two kids. You can visit Rose at www.rosegarciabooks.com