The Forgotten Ones by Laura Howard Book Blitz & Giveaway 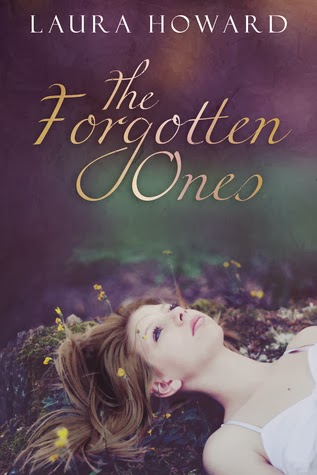 On Sale for .99 cents!!!Book Synopsis:
Allison O'Malley's plan is to go to grad school so she can get a good job and take care of her schizophrenic mother. She has carefully closed herself off from everything else, including a relationship with Ethan, who she's been in love with for as long as she can remember.
What is definitely not part of the plan is the return of her long-lost father, who claims he can bring Allison's mother back from the dark place her mind has gone. Allison doesn't trust her father, so why would she believe his stories about a long forgotten Irish people, the Tuatha de Danaan? But truths have a way of revealing themselves. Secrets will eventually surface. And Allison must learn to set aside her plan and work with her father if there is even a small chance it could restore her mother's sanity.

Laura Howard lives in New Hampshire with her husband and four children. Her obsession with books began at the age of 6 when she got her first library card. Nancy Drew, Sweet Valley High and other girly novels were routinely devoured in single sittings. Books took a backseat to diapers when she had her first child. It wasn’t until the release of a little novel called Twilight, 8 years later, that she rediscovered her love of fiction. Soon after, her own characters began to make themselves known. The Forgotten Ones is her first published novel.

Sean jogged over with the bat and held it out for me, grinning. “Pick your pitcher, Allie-O.”The smirk on Ethan's face was a challenge, and I couldn't resist. “Ethan has the ball, he can pitch to me.”He made a big show of stretching and winding up before he finally tossed the ball at me.I smacked the ball over the pool house, and Sean started shouting and cheering, making me smile. Ethan shook his head, but he was smiling. He clearly thought I would be an easy out.I made it all the way to the final round, kicking Sean and Jeff out of the game. I'd played softball and run track all through school to pad my transcripts.“You gonna let her win, E?” Jeff called, winking at me from the picnic table where he sat drinking a beer.Ethan chuckled, showing off those damn dimples. He looked down at the ball in his hands and back up at me with a grin. “If I do, will you let me take you out?”I snorted, trying to look braver than I felt. “Not a chance.”“Wait a sec. I like this. Let's make a wager,” he said.The guys were all hooting and hollering at me, my face was no doubt crimson.“What do I get if I win?” I bit my lip, feeling all their eyes on me.“I'm thinking, hang on,” He held up his finger, his brow furrowed in thought. His eyes widened with excitement, and I knew I would regret whatever he had to say.“If I win, I get a kiss.” If it was possible, my cheeks grew even redder. They were all laughing and making cat calls now.“And, if I win?” I looked up at his face.He looked at me for a second, considering. “If you win, I won't ever ask you out again.”This earned a chorus of “Yeah, right” and “No way” from the guys.My mouth fell open, I had not been expecting that, but his face was sober. The laughing around us fell away for a second, and I could only stare at him feeling the color drain from my face. His expression remained solemn, and he met my gaze head on.I nodded stiffly, and swallowed. “All right.”His grin came back in full force. “Oh, and Al?”I raised my eyebrows at him.“I won't lose.”