Amazon Worldwide | Barnes & Noble
There's only one thing in life Lucien Knight really hates, and that's husbands who cheat on their wives.
There's only one problem in Sophie Black's life. Her cheating husband...
From the moment Lucien & Sophie meet, the seal is set.
Romantic, emotional & intensely erotic, Knight and Play is the perfect read for lovers of international bestsellers Fifty Shades & Bared To You. Let yourself be swept away by Part One of the Knight series from Kitty French, a romance so hot it'll burn your fingers...
CEO of Knight Inc. Lucien Knight is catch-your-breath gorgeous and damaged by his troubled past in Norway. All grown up and relocated to London, he's built his empire of adult clubs from the ground up to become the gorgeous patron saint of the sex industry. No one knows the dark childhood secrets that have given Lucien a backbone of steel and a heart encased in ice. No one until Sophie Black, that is...
From the moment girl-next-door Sophie accepts the job as Lucien Knight's PA, she understands how Alice must have felt when she tumbled down the rabbit hole. Lucien takes her safe, vanilla life away and plunges her head first into a huge dish of fantasy flavours. Rich, spicy chocolate covered with dark, oozingly lickable sauce? Check. Tutti-frutti with indecently red, glistening cherries on the top? Yes please.
Lucien strips away all of Sophie's inhibitions, and when he instructs her to select three new toys, she soon realises he has more than a game of Monopoly on his mind...
He's opened the door to a whole new pleasure packed world without limits, and Sophie is utterly intoxicated. But how far is she willing to go? And what happens when she has to step back into reality again?
Lucien & Sophie's is a story of star crossed love and forbidden passion, a sexual odyssey that spans the globe and changes both of their lives forever. Let it change yours, too.

Amazon Worldwide | Barnes & Noble
Sophie black has turned her back on both her cheating husband and her sexy, enigmatic boss Lucien Knight. When she hits rock bottom, she finds herself drawn back into Lucien's glamorous no strings, high stakes world of intensely erotic encounters.
Bold and beautiful, Lucien is a walking, talking Viking sex god-the ultimate rebound guy. His is a seductive world of pleasure without limits or commitment, but can Sophie's already bruised heart survive his strictly no ties rule?
When her husband returns with his tail between his legs, Sophie is faced with the toughest decision of her life. How does she choose between the man she vowed to love forever and the man who she hadn´t planned on loving at all?
Knight & Stay is a star-crossed romantic adventure that spans the globe from Paris to the glittering artic northern lights, a sexual odyssey of love and lust that changes the lives of everyone involved forever.

Amazon Worldwide | Barnes & Noble
Kara Brookes hates liars.
Dylan Day hasn’t told the truth from the moment his plane touched down in Ibiza.
It’s a recipe for disaster.
Lucien and Sophie are back, and have set up camp on the sun-drenched isle of Ibiza for the opening of the latest of Lucien’s strictly adult clubs.
They’re joined for the summer by Sophie’s best friend Kara, and Dylan Day, Lucien’s newly appointed club manager. The laid back, smokin’ hot surf guy from California seems almost too good to be true… but there’s no smoke without fire. It’s going to be a long hot summer of love, lust, lies and wedding bells. But who will get their happy ever after?
Romantic, emotional and intensely erotic, Knight & Day is the thrilling final installment of the USA Today bestselling Knight Series from Kitty French.

Prince - Gett Off
I like you so much better when you're naked - Ida Maria
I want your sex - George Michael
Need you tonight - INXS
Hot in Herre - Nelly
Slow down sister - Lady Antebellum
Words I couldn't say - Rascal Flatts
Beneath your beautiful - Emeli Sande and Labrinth
The air that I breathe - The Hollies
Honesty - Billy Joel
Words I couldn't say - Rascal Flatts
A thousand years - Christina Perry
I'll follow the sun - The Beatles
Drift away - Dobie Gray
Like a rolling stone - Bob Dylan
Is this Love? - Bob Marley
Can I Stay with you - Karen White 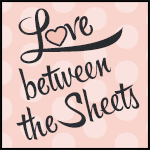