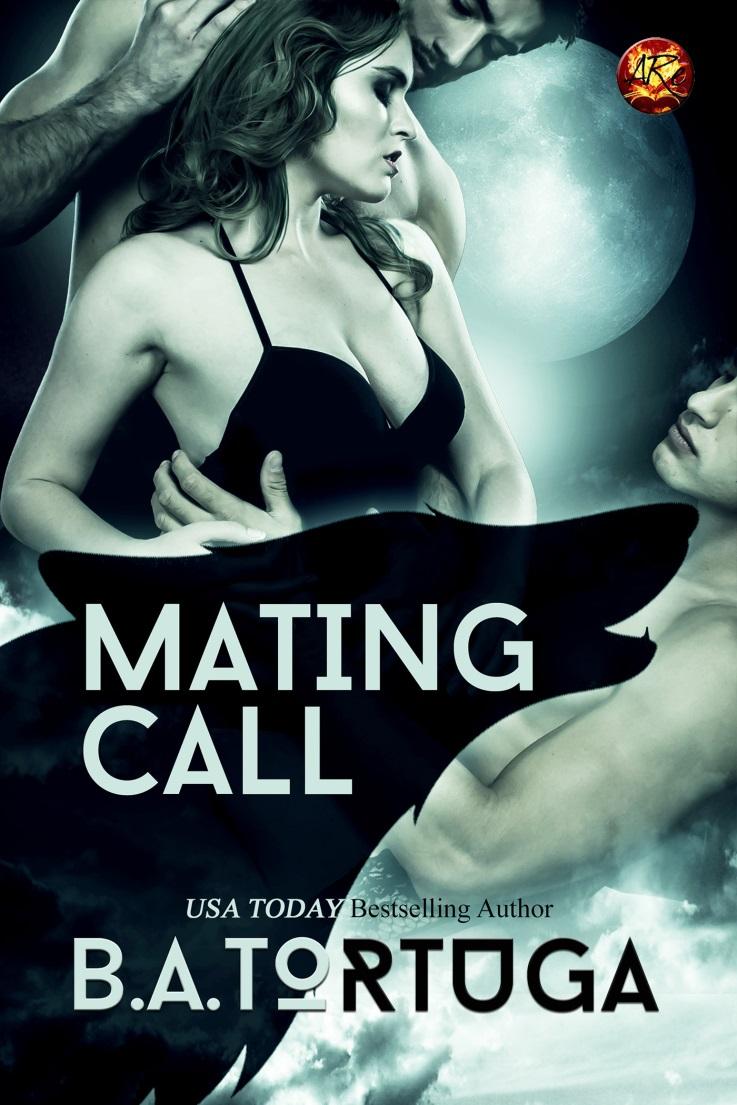 Some rules are meant to be bent.

Stephanie has three rules when it comes to her relationship with werewolves Shaw and Jordan—keep their lusty encounters casual, never invade each other’s space, and no biting. The boys have always seemed perfectly fine with all that, leaving her plenty of time to do her magick and keep her shop going.

When the local pack leader gives Jordan and Shaw an ultimatum—find a mate or find another city to live in—she finds she must rethink her rules or lose her lovers forever.

Jordan and Shaw hate having to ask their best friend Stephanie to help them find a mate, especially because she’s the hottest lover they’ve ever had, and they want her for themselves. The boys will have their hands full convincing Steph that rules are made to be broken, before it is too late.

The smell of burned sage never got out of robes.

Stephanie shook the heavy ceremonial robe, the fabric soft in her hands, and sighed. Maybe it was time to take it to the dry cleaners. Obviously Woolite wasn’t doing it. She hung it over the back of her grandmother’s rocking chair. Tomorrow she would worry about the robe. Tonight the boys were coming over.

Tonight she’d be coming, over and over, if she was lucky.

Jordan and Shaw were worth shaving her legs for. They were worth all the fancy lotion she smeared on her body. They were...well, they were a force of nature.

She grabbed her broom and swept the floor, picking up the little bits of herb and candle wax and fur. Pyewacket was already in her spot atop the big wardrobe in the dining room that held Steph’s supplies, black tail hanging down.

A soft yowl sounded as she came close and she reached up, tweaked Wacky’s tail. “I know, sweet lady, but it’s almost the full moon, and Goddess knows I’m not getting any hot, hunky loving outside of the two of them.”

Wacky’s yellow eyes glowed in the dim light, seeming to tell her what an idiot she was. That cat was expressive, almost magically so.

“Two years and I get about four orgasms per full moon. That’s not bad for one night a month?” It was close to perfect, really. She got her freedom to work, update the website, create her spell kits and ship them out. The day before the full moon she saved for her best boys.

Which, okay, whoa. Not sexy, with the holster hips and the penguin-outfit thing.

No, today was tight jeans and a tank top, a see-through shimmery top in the same color as her eyes, deep and dark. Hrm…but they loved her in green, though she teased them about dogs being color blind. Oh, the green sundress. She loved that and it was easy access.

Wacky yowled again and she chuckled, stroking the puffy tail on her way by. “I’m making them steaks, of course. They’re bringing dessert. You, lady, are getting tuna so you can hide in the library.”

Tuna for her cat, a nice long shower for her, then sizzle the steaks on either side for her boys.

It was a good plan.

“Do you think she’ll help?”

Jordan stared at the dessert case, trying to decide between spice cake and those eclair thingees. He ignored Shaw’s question as best he could, not wanting to think about what they were about to ask Steph to do.

“Are you listening to me? Do you think she’ll do it?” Shaw was one hell of a puppy some days, bouncing and moving constantly. Jordan wanted to snap at Shaw’s ear.

“I don’t know. Eclairs?” They were going to ask their lover to find them a mate who wasn’t her. Why would she help?

“I like eclairs. She likes the ones with chocolate.” Shaw looked closer. “Can I have pecan pies?”

“Only if you don’t pass out after we all fuck and leave me to talk to her alone.” Such. A. Pup.

“Sorry, honey.” Jordan smiled a little, not wanting to bare his teeth. “We need two eclairs, a spice cake and two of the pecan pies.”

“Sure. Do you want any cookies? We have snickerdoodles.”

“No. No more sugar for this one.” He jerked his thumb at Shaw.

“Hey!” Bright green eyes flashed up at him from under the unruly shock of big red hair.

“I’m getting you pies.” He popped Shaw’s ass, loving that squeak.

There was something about the pair of them—her sweet body, wrapped around his cock while Shaw took her mouth. Or Shaw’s ass working him while he watched his lover lick Steph’s creamy...

He groaned, and Shaw stared at him, sporting an amazing hard-on and a look of pure lust. Damn it.

They were never going to manage to just talk to her. Never. They needed her help, though.

“Get it together, baby.” It was just stress. The moon coming. That shit.

“Here you go.” The girl handed over the bag with the pastry, pulling her hand back as though they might bite her.

He didn’t even bother handing her the cash, leaving it on the counter to give the poor girl space. “Keep the change, honey.”

“Thanks.” Jordan grabbed Shaw and dragged him out.

“Teasing asshole. Fuck, I smell you.”

“Hush.” They needed to stop revving up, at least until they got in the truck. They were going to embarrass themselves.

“Uh-huh.” Shaw bounced a little bit, the shithead. Jordan had to wonder whether Nyla had given him espresso this morning.

“I mean it, Shaw. I’ll tie you up when we get to Steph’s.” That made his pup crazy, being forced to be still.

“You won’t.” Shaw groaned, almost rubbed against him.

As crazy making as Shaw was, his sweet mate could make his mouth dry, make him ache for it. He loved that boy to distraction. He reached over and touched Shaw’s thigh.

The lean muscles jerked and jumped, shifted under his fingers, even the cloth of Shaw’s jeans not hiding the movement. Shaw’s cock pressed hard against the zipper, and Jordan had to fight the urge to open those jeans and take that hardness into his hand.

“I want you, baby. I want both of you. I can’t wait to strip you down and do you while you lick her.” He wanted to just grab Shaw by the hair and fuck that pretty mouth. Christ, his hands were shaking.

“I could suck you, now, before we get there. I so could.”

“No.” No, they had to wait. It was important not to dilute the sex magick. Steph had taught them that. They would need every drop, so to speak.

“You want this to work, baby?” He finally handed the bag of pastry to Shaw and got the truck going.

“I don’t know...” Shaw sighed, fastened his seat belt, eyes facing out the window, watching the Rockies. “I don’t want to lose her. I like Steph.”

“I know, baby.” He didn’t want to end their friendship with Steph, either, but the pack was breathing down their neck. They were supposed to be good little wolves and settle down.

“If we find her, our mate I mean, it’ll be good, right? We won’t care that we’re losing Steph?”

Well, Steph had always made it clear that this was just fun and games, hadn’t she? Three buds hanging out, drinking beer, sharing orgasms? They even watched football together. Besides, she knew what they were, knew they couldn’t mate with someone for life who wasn’t one of them.

He smacked Shaw’s shoulder, just a little too hard. “It’ll be cool. We’ll be stupid in love and wanting to make puppies.”

B.A. Tortuga Texan to the bone and an unrepentant Daddy's Girl, BA Tortuga spends her days with her basset hounds, getting tattooed, texting her sisters, and eating Mexican food. When she's not doing that, she's writing. She spends her days off watching rodeo, knitting, and surfing Pinterest in the name of research. BA's personal saviors include her wife, Julia Talbot, her best friend, Sean Michael, and coffee. Lots of coffee. Really good coffee.

Having written everything from fist-fighting rednecks to hard-core cowboys to werewolves, BA does her damnedest to tell the stories of her heart, which was raised in Northeast Texas, but has heard the call of the high desert and lives in the Sandias. With books ranging from hard-hitting GLBT romance, to fiery menages, to the most traditional of love stories, BA refuses to be pigeon-holed by anyone but the voices in her head.

For more information on other books by B.A., visit her official website:

3 copies of Needing To Breathe