Who Wants to Marry a Doctor by Abigail Sharpe. Pre-order & Giveaway


Who Wants to Marry a Doctor
Abigail Sharpe 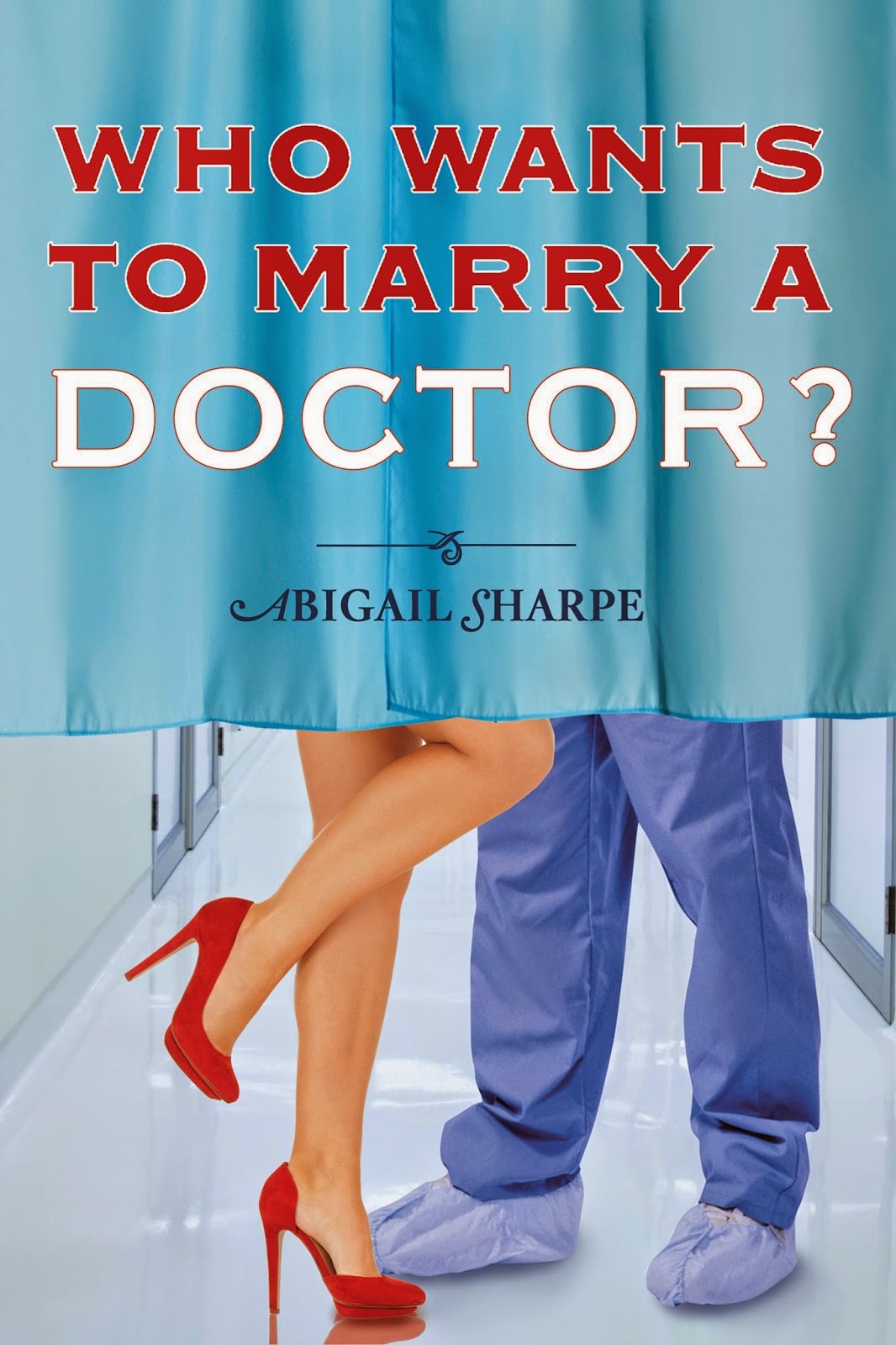 As a single mom and pediatrician, Sabrina Bankhead doesn’t have time for romance. All that changes when she reluctantly agrees to take part in a dating show fundraiser for a children’s hospital. But once she sets eyes on the journalist hired to cover the show, none of the four contestants stand a chance. If she doesn’t choose one of the eligible bachelors, the hospital doesn’t raise a cent. What’s a lovestruck doc to do?

Investigative journalist Quinn Donnelly is on the mend after an assignment in Afghanistan left him both physically and emotionally scarred. Though he’s itching to return overseas and finish his story, he’ll have to be content with this fluff piece assignment to cover a local dating show. One-night stands are Quinn’s forte-but after he meets Sabrina, he’s ready to say yes for the long haul. After years of chasing the next big story, Quinn is starting to wonder if maybe home really can be where the heart is . . .

"I just called to…” Sabrina's words jammed in her throat. No way could she admit that she just wanted to hear his voice.
Thankfully he didn’t make her finish her sentence. “I’m glad you called.” The gruff in his voice was still there, but it had changed to something softer, sending a little thrill down her body.
“You are?” Was that low, throaty sound coming from her?
“Yeah. I missed you tonight.”
A niggling feeling centered in her brain and sent stabs of doubt to her heart. I missed you sounded good, but maybe he just missed his bed warmer. “Missed me?”

Abigail is a Boston-bred Yankee now eating grits and saying "y'all" in North Central Florida. She dreamed more of being a stage actress or joining the CIA than being an author. While she still enjoys participating in community theater productions and singing karaoke, the secret-agent career was replaced by hours at her computer, writing passionate and playful contemporary romance.