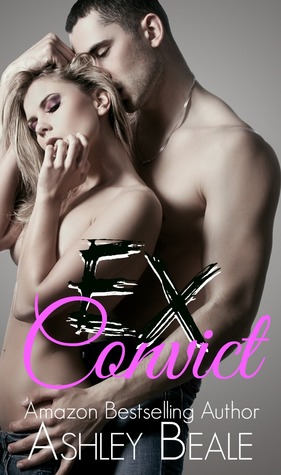 Hope Manson ruled her school senior year. When a girl in her class, Jenny, spreads a rumor about Hope, an attempt of getting even ends with Jenny dead and Hope in prison for man-slaughter. Six years later, she is let out with one goal in mind- to make a difference.
A difference for Jenny.
Hope will be anything but selfish.

Wes Styles is an asshole.
He is controlling, self obsessed, and just plain mean.
And Hope likes it. She wants someone to treat her like dirt, as a reminder of what she did.
Plus, if someone treats her like shit, she can't fall in love- right? Because falling in love is the most selfish thing you can do.

Wes Styles loves women. He loves when they're calling his name, making him come, or digging nails into his back. But he does not fall in love with women.
When Wes meets Hope, he is immediately intrigued by the fact she likes being treated like nothing more than a piece of ass.
And he knows she is holding a dark secret.
But he doesn't want to know what this secret is, because when he finds out the truth, he may leave. And for the first time in his life, he doesn't want to.

Warning: This story deals with topics not suitable for everyone. Recommended for mature adults, 18+ in age, due to intense sexual situations, violence, and strong language.

WOW!! I really enjoyed this story and once I started it, I did not want to put it down.

Hope is "that" girl, the popular one who had it all until a bullying incident goes tragically wrong and forever changes her life. 6 years later Hope is determined to become a better person for Jenny.

Wes is an ass. He is all about himself, successful and a man whore. He refuses to lose control of his life and give his heart to anyone, that is until he meets Hope at a party and their chemistry is off the charts. Neither believe in love but together they show each other that they both deserve to be loved and happy.

The end of the book will have you biting your nails and turning those pages fast!! Even as crazy as it had my emotions, I loved every second of it!! Great job Ashley Beale!

his is my 4 star review for Ex Convict by Ashley Beale for Eskimo Princess Book Reviews.

Ex Convict is about Hope Manson and her adjustment to life after 6 years in a woman’s prison. Hope had it all; beauty, popularity, and a loving family. One fatal mistake left her with nothing. Will Hope be able to make a difference in the world telling her story? Will she be able to accept love after what she has done?

Wes Styles is all about himself. He is handsome, successful and doesn’t trust women. He never lets himself get too involved with one woman. When he meets Hope at a party he doesn’t want more than a quick release and a solid goodbye. When feelings change will he be able to accept Hope and her past or will he decide she isn’t worth the effort?

This was a quick read for me. I was able to set down and read it in one setting. I thought Hope was a strong character but she was so hard on herself. She thought she deserved nothing good in her life. I admired her for wanting to change into a person that Jenny would be proud of, and I believe that she succeeded. Wes on the other was a jerk in the beginning. He treated Hope like trash but he did redeem himself in the end. There were quite a few plot twists that I wasn’t expecting. They made for a very interesting read. I found a few grammar issues but nothing bad enough to mess with the flow or reading of the book. I felt that the ending was a little rushed for my tastes but it worked out the way it was supposed to. I have enjoyed several books by this author and I will continue to read what she releases in the future.

If you are looking for a book about bullying and how it can change a person, this one would be a good choice. I admire the author for tackling such a touchy subject.