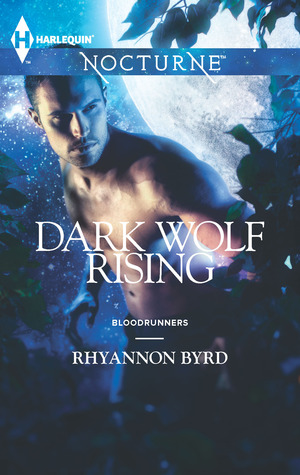 Eric Drake, a powerful Dark Wolf, has never trusted himself around human females-preferring to mate only within his pack. That is, until he encounters Chelsea Smart snooping around Silvercrest pack land in search of her missing sister. Secretly, Chelsea thinks Eric is the sexiest man she's ever seen, though she is wary of his potent Alpha energy. Then it's discovered that Chelsea's sister is being held by a pack of vicious Lycans, and Eric heroically leaps into action. Now, Chelsea will risk everything-her body and soul-to surrender to the passion that will mark her as Eric's woman for all eternity...if they survive

Eric, the yummy werewolf....Chelsea, the smart ass woman....together, a whole lot of fun! I knew I would like this book the moment Chelsea flipped Eric the finger when he tried to be all Dominant wolf lol. She is sassy and takes no crap and does what she wants no matter if you tell her not to. Love characters that are like that. There is a lot of sexual tension right off the bat but no real action till about 75% in, well no completed action Loved the characters in this book and it was a great story line. I even liked how the werewolves looked like the ones from movies and not a regular wolf. This was a good read and you aren't lost if you haven't read prior books in the series and you can even stop at this one if you want to. You won't be disappointed with this 'were' read