Review: The Fight for Us by Elizabeth Finn 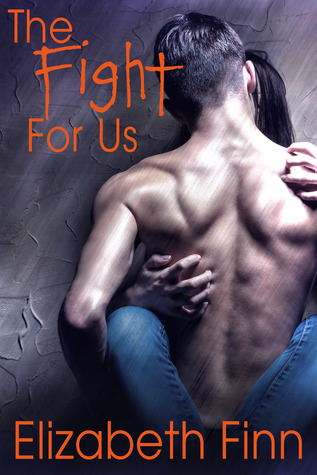 When Isaiah moves his teenage daughter Natalie to a new town, there is little doubt he’s running away from the past. But what should have been a fresh start for them ends up fraught with pain and heartache when Natalie becomes the victim of intense bullying at her new school.

When Joss is called to a meeting with the high school principal to discuss her daughter Harper’s involvement in the bullying of a new student, she’s shocked to say the least. Her daughter can’t possibly be that child.

It’s a rocky start for Joss and Isaiah as they try to set their daughters on the right path. But there is more to Joss’s and Isaiah’s connection than just two teenage girls. Joss’s and Isaiah’s attraction to one another is undeniable, regardless of their fractious start. But his soul is broken, and as much as he’s drawn to her, he’s equally terrified of what that means.

Is Isaiah strong enough to let her get close to him?

Life sometimes forces you to make those choices whether you’re ready to or not. And when Joss’s life is turned upside down, Isaiah has to decide if he’s ready to leave his past behind and live again, or if he’s going to watch what he’s come to care so much for slip away. Isaiah’s fight is profound. Joss’s is too. And their strength to withstand it all is brutally tested.

Sometimes the willingness to fight for another is all a person has left to give. And sometimes the fight is the most important gift of all

I love, love, loved this book!!!! Once I started it I did not want to put it down. I was 80% in and had to leave for my family reunion and all I could think about was how I just needed the time to be faster so I could get back home and to my book!!
I loved that this book is broke up into 3 parts...
His Fight
Isaiah and his daughter Natalie have just moved to a new town after tragedy struck his family a year and a half ago. Natalie has been struggling with the loss of her mother and once Isaiah learns she is being bullied at school by Joss's daughter Harper and her friends he loses it. Because their daughters are on the same volley ball team they run into each other more and more and over time get to know each other well. Isaiah is still racked with so much guilt over the death of his wife so he struggles with his feelings for Joss and even tells her he isn't strong enough to fight for them.
Her Fight
OMG, my heart was breaking for Joss!! Joss and her ex husband Todd divorced 5 years ago but he uses his wealth as power and blackmail over Joss making her life a living hell. GRRRR, I can't tell you how many times I just wished I could jump thru my kindle and beat the crap out of that guy!!!
Joss was really struggling with the things that had happened to her over the last few weeks but I love how both her and Isaiah realize that they would both do everything possible to fight for each other.
Isaiah- "Thank you for fighting. There was a time I wasn't sure either of us were strong enough, but we were."
Joss- "We're worth it. We were then, we are now, and we always will be. I understand that now. I understand it, because you convinced me of it. I will always fight for us."
Fight For Us
Todd doesn't give up and continues to test Joss and Isaiah's relationship over and over again but they fight. Not just for themselves but for Harper and Natalie as well.
In the end I think Todd got what he deserves and I think Isaiah's last words to him were perfect before he was dragged away by the police.
"I assure you, you'll be the furthest thing from my mind when I'm inside her body-a place you'll never touch again. I will, however, think of how much fun you're having in prison being pile driven to death by the good ol' boys."
The Epilogue.... I was sad to see this book coming to an end but I freaking loved it!!! I loved not only seeing how close Natalie and Harper had become but all of them together....as a family!!
This was my first Elizabeth Finn book but it def will not be my last!!! AHHH-MAZING!!! Go one click this one now!!!