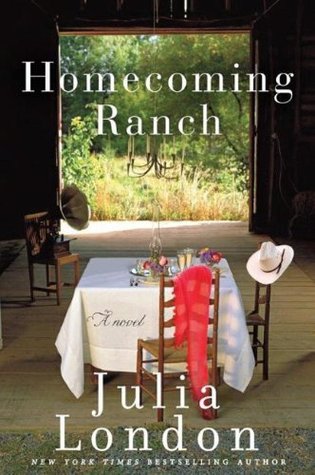 New York Times and USA Today bestselling author Julia London launches a triumphant, emotional, heartwarming story about finding love, family and home.Madeline Pruett has made up for a lonely childhood and being raised by an irresponsible single mom by creating a solitary world where timetables and highlighters are essential for the predictability she craves. But Madeline is shocked out of her carefully constructed life by word that a father she never knew has died and left her an inheritance and, surprisingly, two unknown sisters. Madeline hopes that she can fly to Colorado, meet her sisters, discover her inheritance, and return to Orlando in a few days to close the biggest deal of her budding real estate career and get back to what she knows best: a quiet life.
For years, Luke Kendrick has juggled school and career and rescuing his family from illness, death and financial crisis. But he has never lost sight of his goals: building and selling his own dream homes. Just when it seems that dream might finally materialize, Luke is called home to Pine River, Colorado to reclaim the ranch his father lost in a gentlemen’s agreement. He is not surprised—Luke’s family knows he will put his life on hold to rescue them...again. But Luke is surprised by a sexy yet uptight button-up woman in impractical shoes who thinks his ranch now belongs to her.
Madeline isn’t sure how to put order to a sprawling, rundown ranch, not to mention a pair of sisters who are nothing like what she imagined or hoped them to be. The only thing she’s sure of is that careful planning is useless in a place where roads have names like Sometimes Pass and men as ruggedly handsome as Luke Kendrick behave so unpredictably.
As Luke and Madeline go toe to toe over the future of the ranch, sparks fly as hot and fiery as their kisses. Madeline thinks she’s the expert, but it’s Luke who teaches her a thing or two—about breaking down walls, finding home, and the true meaning of family.

I love Julia London's Historical Romance, but this is the first of her contemporary books I've read.
I was falling in love with the book, maybe not so much the ranch but the story. As with other Julia London books, the story is great and well written.
This book had a variety of characters!
Libby- very bubbly, and optimistic. But by the end of the book, she got a little backbone and stood firm
Emma- a Bi**h but we only have to deal with her for a little while.
Madeline- more the main character of this story. She has some serious OCD issues, but her's she has done on her own. She doesn't have the OCD disease, she decided to be this way! She thinks that she can plan and control everything that happens, and won't step out of her little bubble world! That is until she is in Colorado for a few days.
Luke- also a main character. He is always taking care of everyone else, gives up or pauses his life to take care of his family whenever they need it.
Julie- I wanted to just slap her, and tell her to back off and find someone else to obsess over.
Leo- hilarious, and he seems to have a positive outlook-even while dealing with his nerve disease. And he did have some great advice.
I do look forward to more on these characters, and some more about the ranch

Julia London is the New York Times and USA Today best selling author of more than a two dozen romantic fiction novels. She is the author of the popular Secrets of Hadley Green historical romance series, as well as the new Cabot Sisters historical series, including The Trouble with Honor, The Fall of Grace, and The Perils of Prudence. She is also the author of several contemporary romances, including Homecoming Ranch and Return to Homecoming Ranch.

Julia is the recipient of the RT Bookclub Award for Best Historical Romance and a four time finalist for the prestigious RITA award for excellence in romantic fiction.