Since graduation is coming up, school will eventually let out (lol) I thought that e in May we should have a YA giveaway.  We thought it would be good to maybe get some new reading material for the summer, even if its just one book.  But we hope that even if you don't win something, that you may find some new Summer Reads.   Along with this giveaway, we are Spotlighting each of the authors here. So you can get to know each author and see what books they have -before you enter the giveaway at the bottom of the page.
And just because its YA, doesn't mean you adults can't read them.  YA books are great, and perfect for any age!!
Please enjoy, and I hope you find at least one new to you author.
(This is a long post, as we have 15 authors we are spotlighting.  But there is a Giveaway at the end)

Mary Ting resides in Southern California with her husband and two children. She enjoys oil painting and making jewelry. Writing her first novel, Crossroads Saga, happened by chance. It was a way to grieve the death of her beloved grandmother, and inspired by a dream she once had as a young girl. When she started reading new adult novels, she fell in love with the genre. It was the reason she had to write one-Something Great. Why the pen name, M Clarke? She tours with Magic Johnson Foundation to promote literacy and her children’s chapter book-No Bullies Allowed 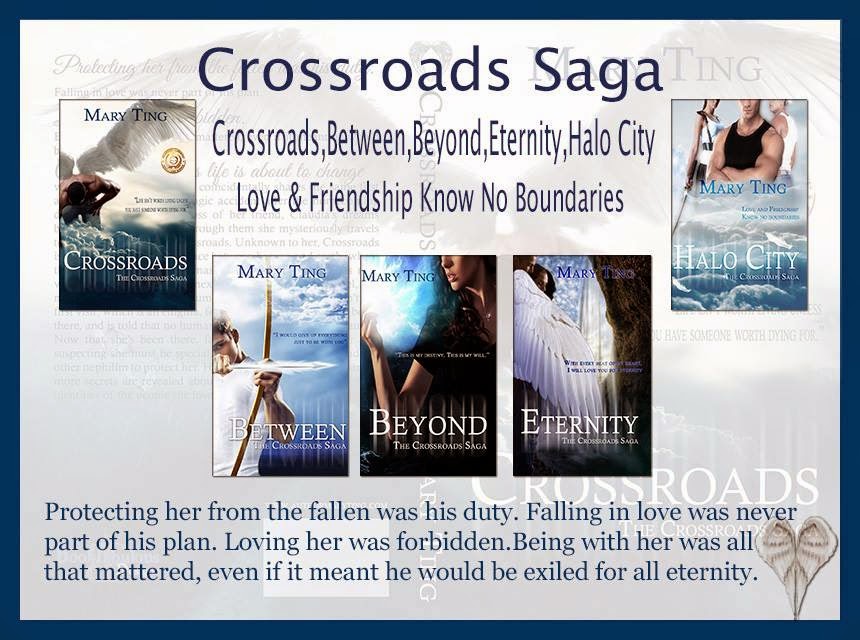 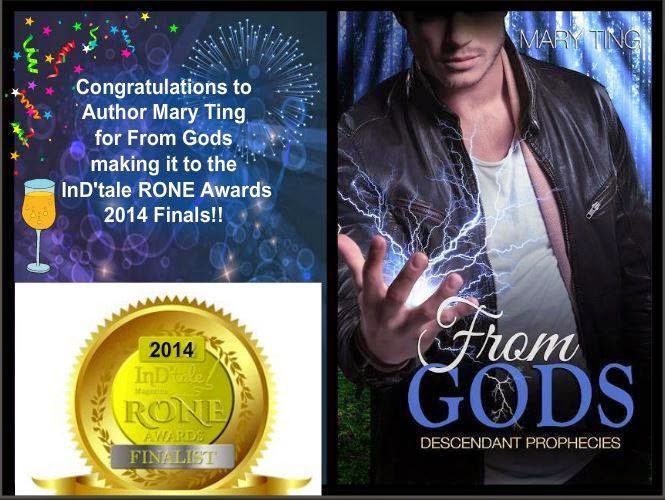 Theresa Troutman lives in Pennsylvania with her husband and their crazy dog, Niko. She loves reading, theatre, traveling and is an active member of the SCBWI. Works by Theresa include My Secret Summer (YA romance), A Special Connection (New Adult Romance), and Life's What You Make It - Love's Great Adventure Series Book 1 ( Mature YA romance)
Love This Life - Book 2 will be released June 2014.

Life’s What You Make It

I'm a multitasking mom of four. When not writing/doing laundry/changing diapers, I like to catch up on episodes of Supernatural and Castle. If you can't find me in front of the computer, I'm most likely watching my DVR.​
​I've been writing since the first grade, where I wrote a one page story titled "If I was an Indian". My warrior husband was going to be the best hunter, I was going to live in the best teepee and apparently, I was having an affair with the Chief. Racy, I know.
​Of the things I'm addicted to sweet tea, movies, and books top the list. My favorite authors include Nora Roberts, Lauren Kate, Kresley Cole, and Gena Showalter. Few of many I love.
​Thanks so much for reading!
​Sam :) 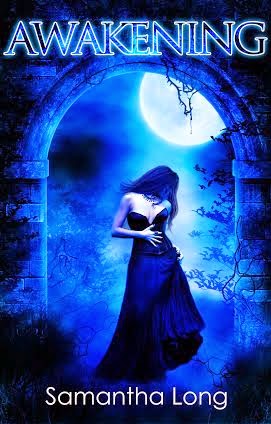 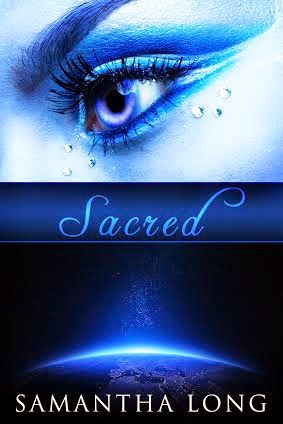 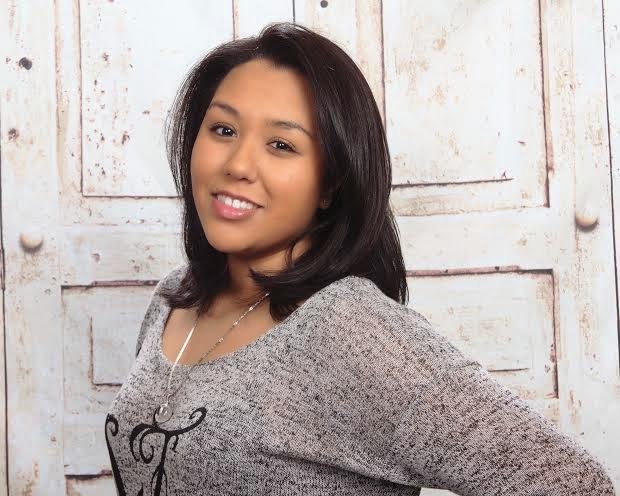 Born in New York city, my family picked up and moved to South Florida when I was twelve. After high school I spent the next few years traveling and experiencing what life had to offer me. At twenty four years old, I'm back in South Florida in my third year of University-majoring in Communication studies. When not in the writing cave, I usually have my nose in a book or on Netflix, cut off from the world with a huge bowl of ice cream.


Sins of the Fallen 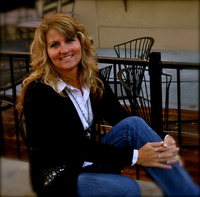 Taming the wilderness of her imagination one story at a time...

She has tamed the wilderness of her imagination and she has recently completed 8 novels in her Timeless Series, with a ninth book upcoming and a new novel The Gate also in the works.

Saoirse O'Mara is a freelance writer of children's and YA fantasy. She lives in Germany with her sweetheart and works as freelance editor, translator, and language teacher whenever she isn't writing.

"I first started writing when I had figured out how to build words out of these weird shapes we call letters. My probably strongest memory of an early written piece is from fourth grade, when I wrote a short theatre play that was almost shown at a school festival. I don't remember anymore what prevented the show, but I still remember clearly how we practised for weeks in our breaks.

My next strong memory, and my first finalised manuscript, was an adventure book for children, similar to those by Enid Blyton--my strongest influence back then and my favourite writer for a long time. I simply loved her Famous Five and Adventure series, among others. I wrote that manuscript when I was twelve or thirteen, and completely revised and rewrote it again with sixteen. It's still sitting on my shelf and on my harddrive, and I think apart from my mom, no one has ever read it. It's nothing to show around (I'm sure my writing style back then was awful), but it is certainly something to be proud of. I started and finished a complete manuscript.

I don't remember when I started reading fantasy but it must have been pretty early on. With twelve, I read my first book in English (I'm a German native)--Harry Potter and the Philosopher's Stone, followed by Harry Potter and the Chamber of Secrets...and then Lord of the Rings. Yes, I went from a children's book to High Fantasy with lots of difficult-to-read descriptions. To be honest, I'm still not sure I actually understood all of the story and scenery, but I managed to read through the whole trilogy and was hooked enough that I bought and read The Hobbit a year later during a vacation in London.

The Lost Diadem (A Rogue’s Tale Part I):

Trouble in the Mage Guild (A Rogue’s Tale Part II):

CM Doporto lives in the great state of Texas with her husband and son enjoying life with their extensive family along with their Chihuahua, Mexican Redhead Parrot, and several fish.

She earned her Bachelor’s Degree in Journalism from The University of Texas at Arlington. She briefly worked in the area of Public Relations and Advertising and then pursued a career in the field of Human Resources. CM considers herself a life-long learner and returned to school and earned her Master of Art’s Degree in Organizational Development from Dallas Baptist University. 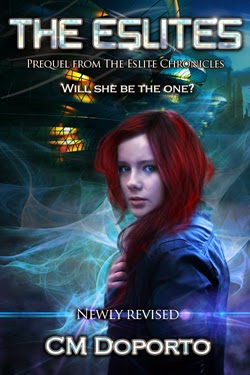 The Eslites (The Eslite Chronicles 0.5)
Amazon
Barnes and Noble 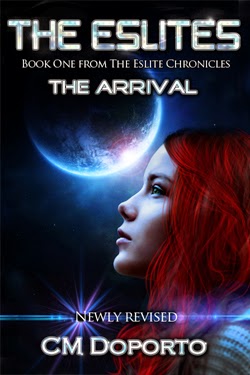 The Arrival (The Eslite Chronicles #1)
Amazon
Barnes and Noble

Alexia currently lives in Las Vegas, Nevada–Sin City! She loves to spend every free moment writing or playing with her four rambunctious kids. Writing has always been her dream and she has been writing ever since she can remember. She loves writing paranormal fantasy and poetry and devours books daily. Alexia also enjoys watching movies, dancing, singing loudly in the car and Italian food.

In 2010, Venessa Kimball had an idea for a story that needed telling. Having always been passionate about the written word, Venessa embarked on writing what would become her debut novel, Piercing the Fold: Book 1; a mature young adult/ adult crossover, paranormal, science fiction series. July 2, 2012, Venessa Kimball independently published the first book in the Piercing the Fold series. Book 2, Surfacing the Rim, released March 14, 2013.

In August of 2013, Venessa joined the publishing house, Crushing Hearts and Black Butterfly. The Piercing the Fold series will be re-published with them beginning with Piercing the Fold: Book 1 on September 3rd. Surfacing the Rim: Book 2 will be re-published on September 24th and Ascending the Veil: Book 3 will be released for the first time on October 18th. The final book in the series, Book 4 (Title TBD) will release in 2014.
As for the future, Venessa is already filling her Work-In-Progress folder. Two of her future projects are contemporary fiction and will reflect her diversity as a writer in other genres. When Venessa is not writing, she is keeping active with her husband and three children, chauffeuring said children to extracurricular activities, participating in charitable 5k and 10k races(crazy...but she loves to run), catching a movie with her hubby, and staying up way too late reading. 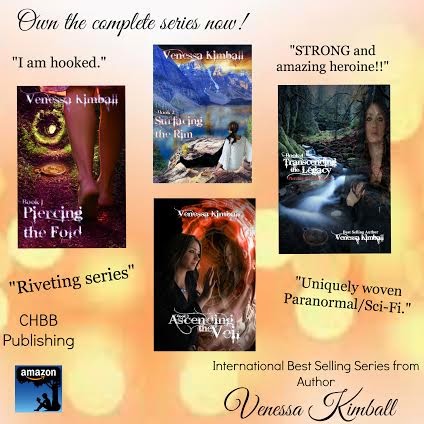 A. J. lives in Cincinnati with her husband, two feministic daughters, an ADD dog, a spoiled hamster, and an unapologetic and unrepentant addiction to Coca-Cola. She studied English, Journalism, and Political Science at Morehead State University and left the business world when her daughters were born. Her love for suspense and a good story was born from watching Mystery Science Theater with her sister during childhood. That and any B-movie with comedic undertones they could get their hands on.

From a small town in Kentucky, her sister and she lived in their imaginations on a regular basis, and A.J.'s love for the bizarre and paranormal still holds true to this day. She loves roller coasters, scary movies, and haunted houses and the weird sense of accomplishment it gives her when she can make it through without keeling over.

If Life has taught her anything, it's the need to acquire a wicked sense of humor, come up swinging, and to never, ever give up...no matter what obstacle is in front of you.

When she's not riding that razor-thin line between creativity and insanity, she likes to read, watch too much cable TV, or cheer like a banshee at her daughters' sporting events.
Facebook
Twitter
Goodreads
Website 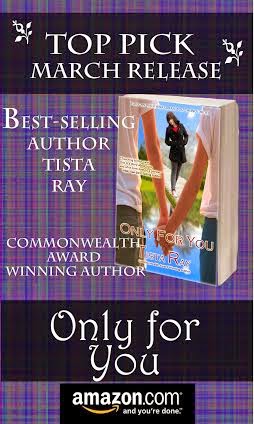 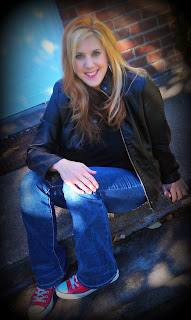 Julie Cassar's debut Young Adult Fantasy "Ruby Blue" Series has been met with rave reviews and has spent weeks on Amazon's Fantasy Series Best Seller List as well as it's Top Rated list. A graduate of Eastern Michigan University with a Bachelor Degree in Fine Art, specializing in Graphic Design, Cassar has also worked as a production artist, designer, painter and photographer. She has been featured in Fitness Magazine, "Outdoor Athlete," and publishes a monthly blog.

Fabio writes Young Adult/Urban Fantasy/Paranormal novels, including the award-winning WICKED SENSE. He resides in the Pacific Northwest with his wife and kids. When not writing or reading, he geeks out with family and friends, solidifies his reputation as the world's slowest runner, and acts very snobbish about movies. Sign up at http://bit.ly/fabiobuenoemail to get updates about new releases!

Email ThisBlogThis!Share to TwitterShare to FacebookShare to Pinterest
Labels: giveaway, spotlight, YA