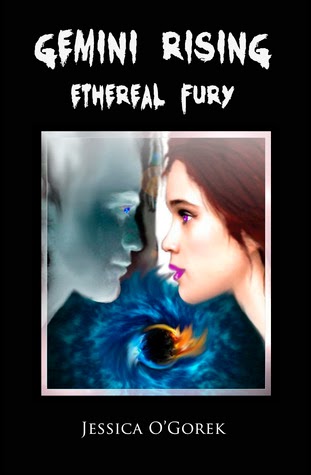 BEWARE! THE PLANET IS WOUNDED... THE GEMINI ARE RISING AND OUR TIME ON EARTH IS LIMITED

Angry at the human race and its methodical destruction of her resources, Mother Earth recruits souls who have just left their bodies to serve Her, and turns them against humanity. Gemini, a clan of paranormal beings, picked from these possessed humans, emerges. A powerful, rising force proceeds to carry out Mother Nature’s plan to systematically destroy towns, cities, states… and eventually, the world. Amidst the chaos, a forbidden relationship between a human girl, Violette, and Onyx, a lead Gemini, begins. They will both find themselves in the middle of a revolutionary war that will either save, or destroy our world.

This book took me a little bit to get into but once I did I was 'IN'. This whole story has a different spin on things. The people that ruin our world, once they die, are taken and made into 'Gemini" that then go out and sabotage mankind to right the wrongs that are done to Mother Earth. I was pulled into Onyx's story and the strange feelings he felt for the 16 year old Violette and the wonder of her. Slate who is the human boy that Violette likes is possessed by Onyx, and Onyx is torn as what he is to do...he was sent on a mission to destroy these humans. I didn't know who to root for, the good guys or the bad guys and who in fact these were lol. O'Gorek has woven a tale here that leaves you spellbound, her story is sound and very well thought through and all I can do now is look for the second part of this tale as you are left hanging, wondering what happens next!