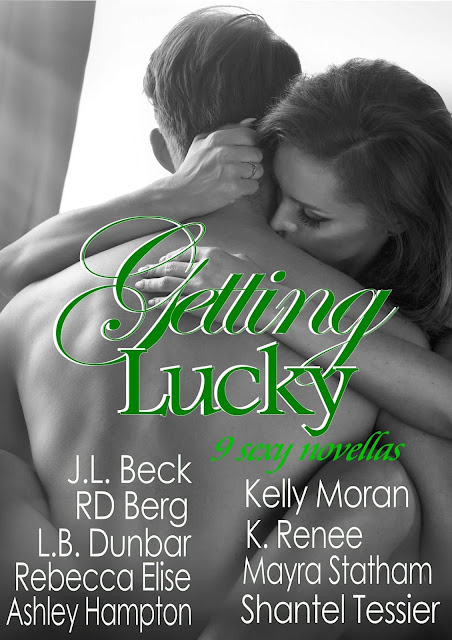 Nine sexy romance novellas from some of the top leaders in indie romance. Are you feeling lucky?
*ALL PROCEEDS BENEFIT National Alliance on Mental Illness* 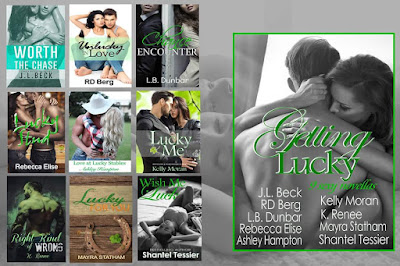 Worth the Chase by J.L. Beck

Gia King and Chase Winchester come together in an explosive romance with one chance encounter at love. College, romance, and two families who were hell bent on being enemies. Can love between these two really transpire or will everyone else have the last say?
Sometimes you have to chase what you want.

Unlucky in Love by RD Berg

Two days ago Chloe James considered herself the luckiest woman alive, as she excitedly did the final preparations for her dream wedding. How did she end up in the back of an ambulance in her wedding dress with the brazen paramedic, Braden Dean, on her wedding night? Chloe soon discovers her luck well has run dry, and she just might have become Unlucky In Love.

Liars and cheats, that's what Americans were to me, Chance Fitzgerald. My first impression was a bit skewed then of Keli Donagel. She was breathtakingly beautiful, until I heard that damn accent. Nothing good ever came from the Americans I encountered, most of all those who possessed something I want returned. What a corker that Fate is, though? She had other plans for me.

When Kurt Davis let Briony Jensen move in as a favor to his cousin, it was only supposed to be temporary. He never expected to fall for her, but he is determined to make her his.
Just when he thinks he is getting close, Briony drops a bomb on him, forcing him to make a a difficult decision. Does he let her go or beg her to stay?

Mystery surrounds Lucky Stables. Many, like Emily Lane's parents, fell in love there. After tragedy struck, Emily ran far away,believing the stables were cursed. In Emily's absence, Shane Patterson has stepped in to help Emily's aging father. When Emily returns home, will Shane help her believe in love and luck?

Lucky Me by Kelly Moran

Declan O'Leary's family is cursed. For the past one-hundred years, bad things happen if they fall in love. So Declan lives his life onewoman at a time. Until he meets Lily Durand and he finds himself wishing for a forever that can never be. Yet their fate encounter and one week of sexual, intimate bliss just might be enough to turn his luck around.

Dannicka Grady has no idea she's in trouble. When her sister Sage sends in a friend to protect her, the sparks fly. Sawyer "Saw" O'Brien is a dirty talking biker, and Dannicka never expected to be drawn to a man like him, especially since their worlds are so different. Can Sawyer protect her and win her heart at the same time?

Lucky for You by Mayra Statham

Ready for a fresh start, single mom Keira Jennings has discovered a slice of in heaven in the mountain town of Whispering Springs,California. Police chief Rex Malone is smitten at first sight for the charming new resident of his hometown. After a routine stop sparks fly. Has Keira's luck changed for the better? Or is Rex just like every man she's ever met?

Wish Me Luck by Shantel Tessier

I've always considered myself a lucky man. Women and money both come easily. That is until I meet Ashlyn. What was supposed to be fun and simple turns hard and complicated. I'm Ryder O'Kane, and I have fallen for a woman who made one night more memorable than any woman before her. It's funny how luck runs out when you need it the most.