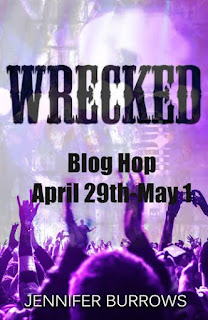 Cameron Taylor is young, handsome, obscenely rich, and a rock music God.  He is also a train wreck, and has only known privilege his entire life. Unscathed by his lifestyle of partying with a healthy dose of womanizing, his world is about to come crashing down around him when he comes face to face with the woman he thought only existed in his dreams.

Upon discovering she is not merely a figment of his imagination, Cameron can’t shake an unrelenting feeling of fate and destiny stepping into his life. He stops at nothing to discover who the woman from his dream is, and what significance she holds.  Focused only on his new obsession, Cameron redirects his energy from the music party scene to the new love of his life, Sarah Thurston.

Unaware this “angel”, is the center of his life being turned upside down, Cameron soon finds himself forced to keep his relationship a secret, and through a bizarre turn of events, winds up arrested. Once on top of the music world, he now finds himself having to choose between his bandmates and woman he hardly knows.

Following several strange and unforeseen turn of events, Cameron finds himself at the precipice of his life. Has he really fallen this far, this fast?  And can anything save him, or have his poor choices finally caught up with him?

The answer may lie within a source he never considered before...

Release Hop runs from April 29th through May 2nd and with 28 authors and blogs participating with their own giveaway, that’s a lot of prizes! Enter them all for more chances to win!